We've been here before. A perfectly positive result squandered, oftentimes late, oftentimes via Sergio Pellisier. It's time to stop this nonsense. If the team's current form is indicative of anything, then perhaps this has already begun to happen. Speriamo. 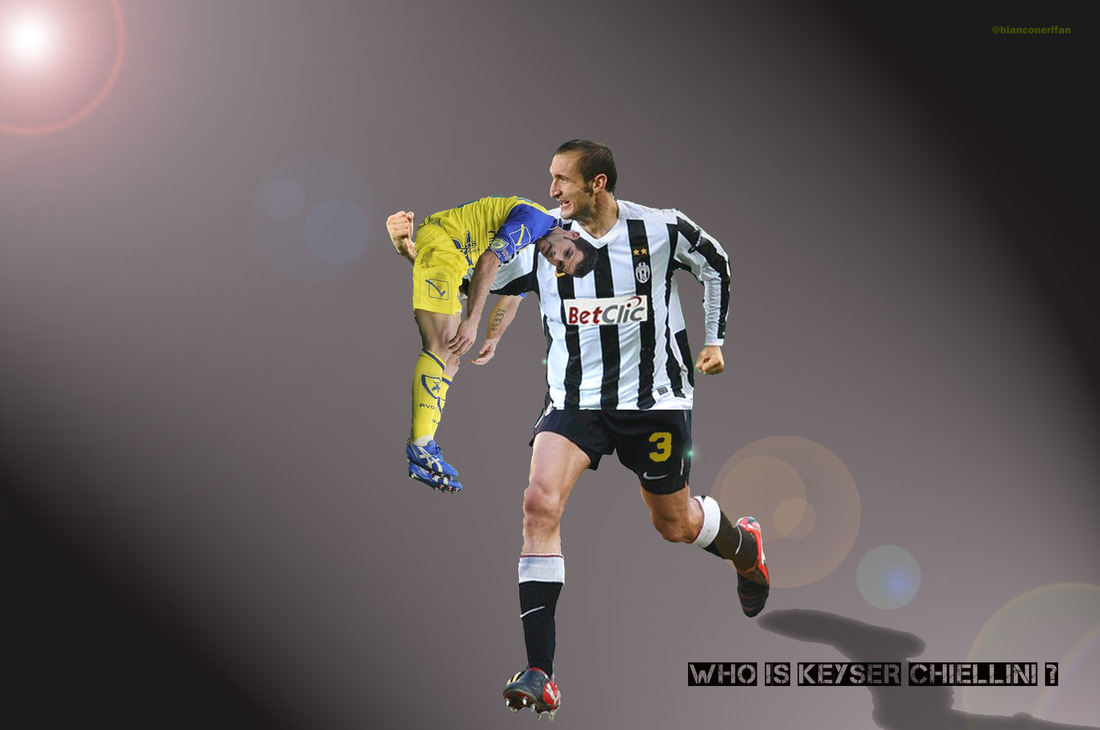 Giorgio hasn't yet mastered the art of ventriliquism. Man-marking, that's a different story.

I don't need to rehash the entire season in detail so far, but five games down with three victories and two draws isn't bad.  Consider the fact that three of those points came against the current Scudetto holders, and the rest of the games earned results against the crappy teams who all too recently ruined entire seasons, and, well -- things are going well.  (But let's not get ahead of ourselves).

The last round of league play ended with the euphoria from a two-nil drumming of Mee-Lan evaporating into a hangover only to be broken up by boring international play.  Boring because if you're a fan of Italy, they clinched qualification during the previous round of play.  And also because in the post-calciopoli world, with cognizance of all the new evidence that was either ignored grossly negligently or just fragrantly by the FIGC, it's a lot more difficult to care (for me at least).

Whatever.  Meaningless game number one against Serbia saw lots of Juventini on the pitch, including Chiellini (without his muppet in hand), Buffon, Barzagli, Bonucci, Marchisio, and fornogoodeffingreason, Pirlo.  For a complete 90 minutes.  On the other end of the stick, Meelosh (formerly known as Milos Krasic) played a particularly underwhelming 76 minutes of ball, relegating him to the bench for Serbia's clash against Slovenia.  According to his agent, Serbia being knocked out of Euro 2012 will be good for him, as it will allow him to focus on Serie A with Juventus (sound familiar?).  Let's hope he's right.  I for one am not yet willing to throw in the towel on him just yet.

Oh, and by the way, in Italy's next fixture -- a 3-0 win over Northern Ireland -- guess which 32 year old player who spent most of last season injured but magically rediscovered his scintillating form after moving to Juventus this season while we all hold our breaths hoping that the other shoe will never drop played another full 90 minutes, because hey, what could possibly go wrong?  You guessed it.  Emanuele Giaccherini.  Just kidding.

Chievo meanwhile are doing their best Little Engine That Couldimpression, currently in possession of as many points as Roma and Lazio for the time being.  After a disappointing week 1 draw to shitty-ass yet surprisingly not-shitty-ass Novara (who have as many points as Milan so far), followed by a loss to Parma, Chievo haven't lost since.  And that includes a win over Napoli.

But form/schmorm, the person I'm most concerned about is Sergio Pellisier.  I've written it before, so again, I won't beat a dead horse.  Besides, it's my birthday and this gin and tonic isn't going to make itself pass out.  Please Juve, find a way to stop him from ruining my life.  Or at least my birthday weekend.

Le chiavi contro Chievo:  watch the midfield.  If Conte reverts back to his 4-2-4 4-4-2, the midfield could be where Chievo causes us trouble.  Michael Bradley has performed admirably since joining over the summer (take that, Eurosnobs!), and as someone who has followed the US Men's National Team pretty closely, he's someone any opponent always needs to look out for.  He isn't ever the most talented player on the pitch, but he hustles and just does every single thing right.  And he'll punish you late in the game with a key goal or assist from the midfield, after having tirelessly fought back for every ball and seemingly won every tackle.  He's kind of like a poor man's Marchisio, with less skill.  Watch out for him.

The good:  Pirlo played 180 minutes of unnecessary football against national teams who actually had something to play for.  And he didn't get hurt (il nome di padre, figlio, spirito santi...).

What Juve might do:   (4-2-4 sorry I don't hate things just because other people like them 4-4-2) Buffon; Chiellini, Bonucci, Barzagli, Lichtsteiner; Pepe, Pirlo, Marchisio, Krasic; Vucinic, Matri

Honestly, it's becoming more and more difficult to predict what the starting lineup or formation will be under each week Conte.  This is good news.  The past few seasons under conservative and/or inflexible coaches, I've often complained of two things -- well, I've complained about many things, but two of the things I've frequently complained about were 1) unwillingness to switch formations and tactics depending on personnel available and the opponent to be faced, and 2) the openness in which business is conducted.  While perhaps the latter is not completely rectified on management's end (the transfer market wasn't exactly conducted under Moggiesque secrecy), Conte certainly likes to hold his cards close to his vest.  He's seemingly the consumate professional, and I like it.  I can't wait to see what he's got for us this week.