I’ve written it during pre-season, and with the results thus far, it’s confirmed: Sunday is the show-me-what-you’re-made-of moment. 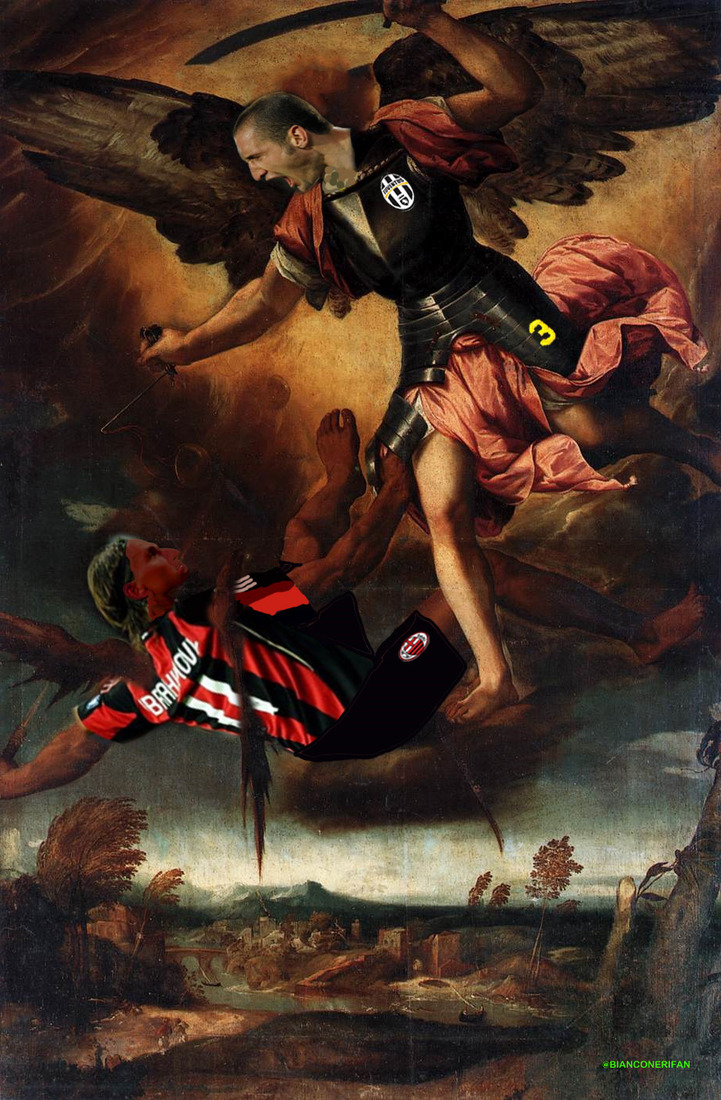 Juventus is coming off two wins and two draws (in that order), in a pattern which can be described as stellar-poor-stellar-poor, results notwithstanding. They showed flair while christening the new stadium against an overwhelmed and overmatched Parma side, but couldn’t muster anything more than one goal away against very technical Siena the following week. A midweek home fixture versus Bologna saw a 10-man bianconeri squander a 1-0 lead but continue to fight and attack as if it were the Champions League Final playing at equal strength – certainly a sign of encouragement after some of the more lethargic displays we’ve been accustomed to in years past. Finally, a Sunday pranzo in Sicily saw a lucky Milos Krasic goal salvage a point on a rainy, sloppy, horrible all-around game. I didn’t even realize it rained that much (or at all) down there. 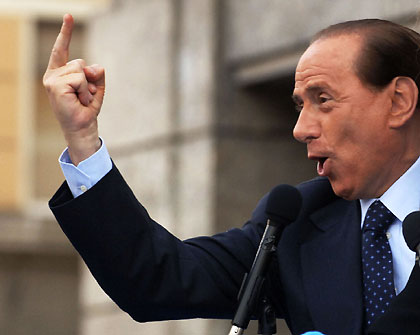 "You're only guilty if you get caught, right guys?!"

Sitting jointly on top of the heap right now (thanks for screwing yourself over, Atalanta), Juventus face their toughest opponent to date. Time to pretend that it’s last season (just for ONE game right now), and pull out all the stops against a top side. Personally, I like our odds this game (uh oh, jinxed it!).

Tactics – wide and outside.

Massimiliano Allegri likes to set up his squad in a 4-3-1-2 formation, making for a pretty narrow midfield. Conte likes to use formations which are heavily reliant on wingers pressing forward and stretching the field. However, this begs the question as to whether his conventional 4-4-2 will be the preferred antidote. It’s looking like Milan's midfield will consist of Seedorf, Van Bommel and Nocerino behind Aquilani. This would lead only Marchisio or Vidal to look out after our precious, most valuable turncoat (thank God he did), in a crowded centralized midfield. Last week he employed a 4-2-3-1 for the first time this season. Was that a harbinger of things to come? Perhaps. He could still employ wide players to stretch the field, while protecting the midfield where the most important battles will take place. The personnel is certainly available. It could be that last week the Count wanted give the new formation a whirl before he had to unleash it against a big team. The fact that he has been conducting closed training sessions since at least Friday may be indicative of such. Tuttosport, however, did reportedly capture footage of il mister in front of a whiteboard maniacally shouting in a Romanian accent, “Four-Two-Three-Von! Ha! Ha! Ha!”

At any rate, the wings will be the key, while a combination of Marchisio, Vidal and Pirlo will better ensure that the latter doesn’t get destroyed in a crowded central midfield. A triangle in the central area of the pitch of the three players rotating in and out of each other’s positions in some form or fashion has long been a dream of mine, sort of like Scarlett Johansson pictures leaking. Sometimes dreams come true, although the former may not anytime soon due to Conte's slow integration of newer players who are unaccustomed to Serie A and the Italian language into the squad.

Back to the wings – if Milan start with Zambrotta on the right side – then, oh man. First of all if Fabio Grosso somehow starts, I might commit a violent second (or first) degree felony. A combination of De Ceglie and Pepe/Elia on the left side can make what PDC already did to him a few years ago look like Rocky vs. Drago, while making Sunday look like Drago vs. Apollo.

Speaking of Rocky vs. Drago, the biggest single battle on the pitch will undoubtedly be Chiellini vs. Ibrahimovich. Although he’s made some scary mental mistakes so far, Chiello has marked the shit out of him before. I’m looking for him to keep it up, this is a big game, and we need it. Unless the um, new, technical moves Ibra appears to be working on give Georgy the creeps: 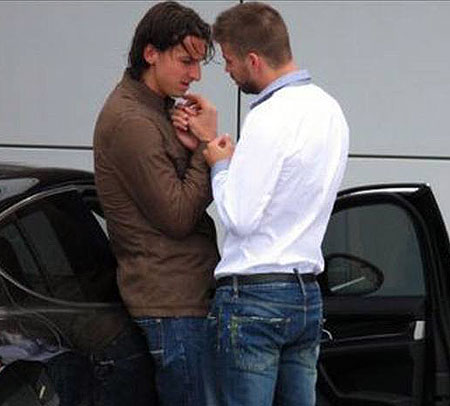 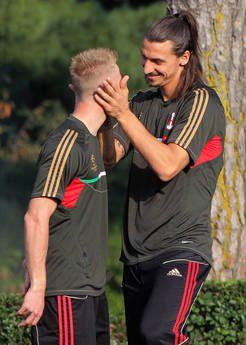 Now that I've gotten all that out of my system, speaking of big games, this is the kind which coined the moniker Big-Game Mirko. If Vucinic can somehow keep from tackling for the sake of tackling in an area where the other team’s possession is less of a threat than Amauri with an open net, he could be the magician who turns 1 point into 3 (it's "abracadabra," bitches). That is, if they play a formation conducive to his playing, although he’s versatile enough to play almost any role in attack.

Also on our side – the injury fairy. Glad you decided to leave Vinovo for at least a few days so far this season.

Juventus Probable: I'm not sure. Conte has been quiet, and I began writing this on Friday. Since then, Pirlo and PDC have both apparently picked up knocks, although neither have been completely ruled out, I don't think. I'll see you all at the game time thread.