Toni To Juventus: Mercy, I Give Up.

Share All sharing options for: Toni To Juventus: Mercy, I Give Up. 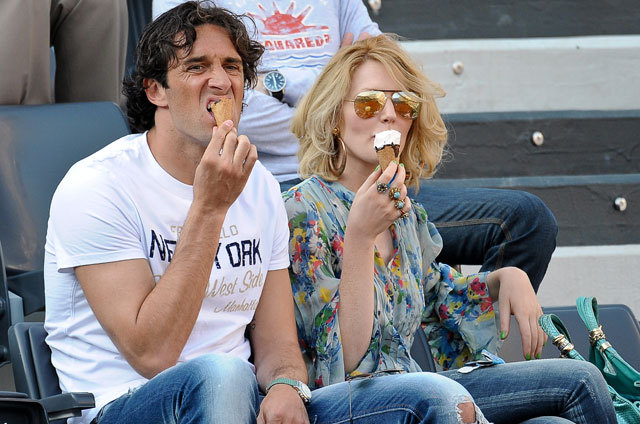 Someone pinch me. Tell me this is all just one bad dream.

It's a shame we can't pay the man in ice cream sandwiches. Luca arrives permanently on a free transfer from Genoa but doesn't come cheap in terms of his personal salary. The agreement between Juventus and the player includes a pay cut, but the details aren't known just yet. He was making somewhere in the area of €4 million with Genoa six-months ago.

In Francesco's midseason report, here's what he had to say about the Rossoblu and the 33 year old striker:

"A side that has definitely failed to live up to expectations. Genoa made some big signings this summer and expected to get right back into the race for a Champions League push. However, the squad finds themselves 11th. In addition to that, despite having a good defense they have only scored 13 goals, which is far too little. Luca Toni was supposed to be reborn in Rossoblu, but hasn’t scored like the fans expected. He has helped in holding up the play though."

Ok great, so we lose our leading scorer who had 9 goals and 2 assists for the rest of the season with a torn ACL, and Marotta technically finds another Amauri. Toni has 3 goals and 3 assists having played 16 games with Genoa thus far. It's no secret Enrico Preziosi, Genoa's President, was disappointed with Toni's goal scoring performance so I'm sure he was chomping at the bit to offload Luca's financial burdens on the club and there Marotta was with one good eye on top Italian talent.

Here's what Luca had to say at his unveiling in Torino:

"I’m so happy, being here is a dream come true. Juve is Juve anyway, and I did not hesitate, not even a minute, to accept their offer. Also with a lower fee than the one I used to receive from Genoa. I’m coming here with so much enthusiasm and I’m ready for trainer’s decisions. I feel physically fine and also yesterday I played 90 minutes. In this team I know many boys and I know how deep is their victories’ hunger, otherwise they won’t be here. I so willing to win too, and keep on scoring, as I always did in my career. One year ago, I arrived at Roma, the team was late and they almost reached the Scudetto. I’d like to live this experience again so much, for this reason I hope I’ll be able to give that little luck more. Del Neri playing conception is right for my forward characteristics, that’s why I know I can do good."

It feels like I'm living in the past right now. This is all very weird.