ScandiJuve- Marotta and Paratici Bag Another

Share All sharing options for: ScandiJuve- Marotta and Paratici Bag Another

If Palermo struck gold with Illicic and Bacinovic and have since become Palermibor, we're becoming more and more Scandinavian. At a time when many scouts are sitting in South America looking for the next Kaka (no worries, we have scouts there too and supposedly have locked up Piazon) Paratici is proving his worth in scouting "alternative" locations. He of course signed Freddy Sorensen on loan for about €20,000 with a right to buy at €130,000, which is proving to be an incredible deal. 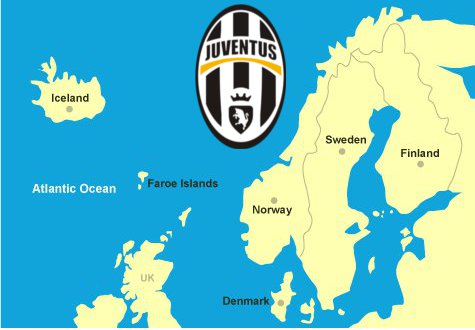 Today, young 17-year old Icelandic Hordur Magnusson of Knattspyrnufélagið Fram confirmed that he has also been snapped up by our expert scouting crew, and will join the club on January 9th with an official announcement to come. Like Sorensen and our young uber-Swede Carlos Garcia, Magnusson is yet another Scandinavian central defender. Why sign them when we already have Chiellini and Bonucci? Worst case scenario, we lose nothing. Like Sorensen, Magnusson is coming in on a 6-month loan as the team evaluates his talent. Most likely? We sign him for nothing, and then sell him for a tidy profit, as the Primavera is both a revenue-generator as well as a talent generator.

It's not all bad news for young Magnusson, though. At age 17, he's still got plenty of time to adapt to different positions, players don't always start their professional career in the role they developed as. Marchisio shifted around that age from a trequartista to a central midfielder. Magnusson is also capable of playing a defensive midfield position, where he may see more space, although it is unlikely we'll see him starting in the 1st team soon like Freddy Sorensen. Now we just need young Norwegian and Finnish players.

Magnusson- "I'm very happy to by moving to Juve, even if we already spoke about it back in August. Juventus is one of the strongest and well known teams in Italy and Europe. I know players like Quagliarella, Del Piero, and Chiellini. I can't wait to start my black-and-white colored adventure, Forza Juve!"