A Reason for Hope...

Share All sharing options for: A Reason for Hope...

Provide the caption for Marco Storari...

Tuttosport is reporting that Amauri's agents (apparently he has several) were spotted at Juve's HQ this afternoon. Obviously, this has sent the rumor mill into overdrive, like a possible switch with Luis Fabiano which seems relatively absurd. Sold or not, he will play this weekend with Luca Toni out and Alex Del Piero bruised and sore, but there's reason to hope come February 1st, we might not have Amauri on our books anymore. He's maintained that he wants to stay until June, and we can thank our lucky stars (which are changing!!) that Secco isn't in charge- he'd sign Amauri to a 2-year extension with a pay raise just to silence the exit rumors.

I'm not a fan of Luis Fabiano, his attitude stinks, but if gets Amauri out, I'm all for it. He's a year younger than my favorite Uruguayo, and 66 in 138 is a good return, even if in a league without defending. We should talk to Atletico who we have relatively good relations with, I'd much rather a part-swap between Amauri and Diego Forlan...the man has two European Golden Boots, and for good reason. He's a goddamn stud.

In the meantime, who can play up top at seconda punta? It's time to release El Malaka! 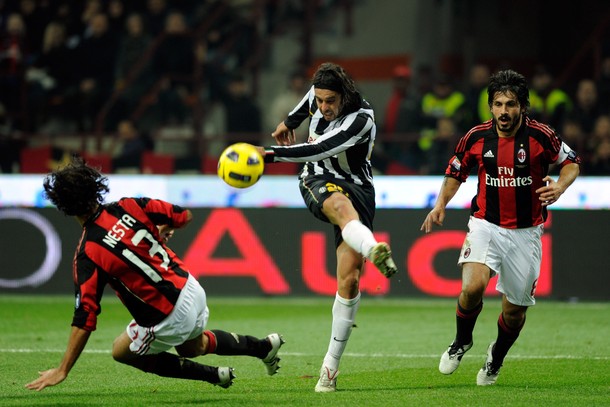