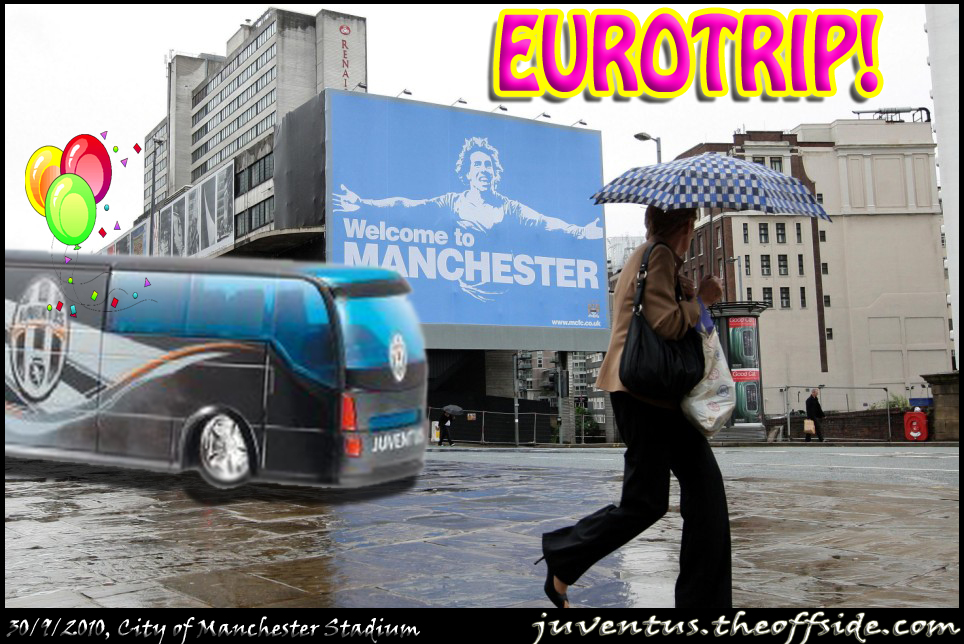 (Again thank you to Papai for the image!)
[edit] A couple things to note briefly ahead of this hugely anticipated match in England. First and foremost, Juventus have not won any of their last nine fixtures in England, yikes. Second, Manchester City have been playing some solid football at home this season as noted by their 1-0 victory against Chelsea recently. In fact, they’ve only conceded one goal in 360 minutes of football thus far, and the last time they conceded two was back in March against Everton.

One could argue the reason behind their stinginess at home is due to Mancini’s sit back and play on the break strategy. This was evident in their victory against Chelsea, and could be something to look out for here against us tonight.

On the injuries front, City defender Micah Richards could be available for selection after overcoming a hamstring injury. Meanwhile Shaun Wright-Phillips is doubtful with a knee problem while Wayne Bridge, and ex-Serie A talents; Aleksandar Kolarov and Mario Balotelli, are expected to be absent in this one. For Juventus, Amauri was left at home, while De Ceglie is with the squad in Manchester. Click here for the rest of the Bianconeri’s call-ups. Kick-off’s 3:05pm EST. check the comments section below for more details.