Juve's Finances: How Are We Doing?

Share All sharing options for: Juve's Finances: How Are We Doing?

I've written a few articles here and there mentioning how healthy Juve's budget and finances, but the Swiss Ramble wrote an exhaustive report on the financial health of the Vecchia Signora. Some have mentioned it in the comment sections, and it is definitely worth a read. I copied the first segment or so of it with permission, but catch the full article over at the Swiss Ramble. 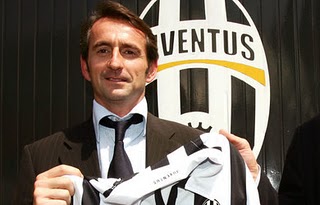 Juventus have strived to build a business model based on self-sufficiency, so that “the future is not an uncertain one” in Corso Galileo Ferraris. The 2009 annual report spoke proudly of respecting “an idea of sustainable football that blends competition in sport with economic balance.” So the obvious question is how close are Juventus to achieving this noble objective?

The short answer is that they’re doing pretty well, all things considered. The club has only just announced its 2009/10 results (to 30 June 2010), which admittedly revealed a small post-tax loss of €5 million, but it should be noted that before tax Juventus actually posted a profit of €8 million, prior to booking hefty tax charges of €13 million (€6 million in current taxes and €7 million in deferred taxes, largely due to profits on player sales).

Catch the rest of the article at the Swiss Ramblel, and then compare it to his brilliant piece on Inter's finances. Financial fair play anyone? Woohoo!

The only addendum I'd add is the difference between Marotta and Secco's wages. They have come down significantly as we offloaded a lot of high earners, and while the article mentions Juve have been cutting wages since Calciopoli, Secco still gave absurdly high salaries. 2.7mil for Tiago, 4.2 mil to Amauri, Zebina, Poulsen, all were given very fat salaries that lasted a long time. Marotta gave Bonucci and Krasic 2mil and 1.8mil respectively, a significant decreased compared to what we've seen in the past. And plenty of salary space for when we want to sign a few champions...