Share All sharing options for: Chiellini Close to Contract Renewal 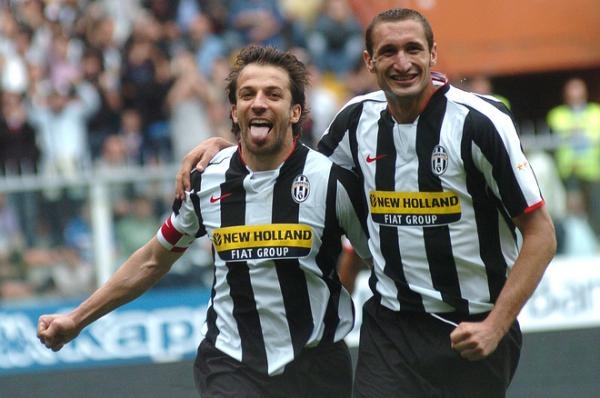 Two bandiere of the team...

From Juventus.com: This late afternoon, at Juventus headquarters at Galileo Ferraris, the management of the team, Agnelli, Blanc, and Marotta met Giorgio Chiellini. The meeting went smoothly, the parties are very close to an agreement for a renewal of the contract. The details will be defined in the next few weeks.

Chiellini has confirmed the meeting on his official website, so Italy and Juve's best defender will be staying on in bianconero, to nobody's surprise. It is rumored that his wages will rise from 2mil a season to 3.5mil, and steadily increasing after that. The contract will tie him down to Juve for the next 5 years, a 3-year extension from his current one that expires in 2012.