Molinaro: 'No thanks to Juve!' 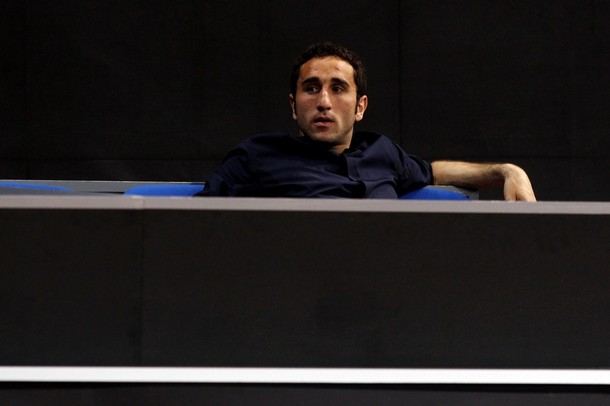 "How in earth did I get a call-up for Italy?"

Christian Molinaro bitterly criticised Juventus for holding back his progress after receiving his Italy call-up under Cesare Prandelli.
The former Bianconeri full-back is now one of the key figures in Stuttgart and is among the new faces for the August 10 friendly against the Ivory Coast. “This call is a wonderful surprise. Did I expect it? I only ever focused on working hard,” he told Sky Italia television. “I always said that the only way to earn an international cap was to do well on the field. “I was not given the opportunity to do that in Italy. I am happy that I went to Germany, as I rediscovered my form here.”

Molinaro was forced to leave Turin in January after he was dropped by Ciro Ferrara and demanded first team football elsewhere. “I’ll be honest here, I never protest at the decisions of a Coach. Even last season, when after two years as a first-team player I ended up on the bench. It is right for a tactician to make his own choices. “The last two months of 2009 were not great. The time had come for a new experience. Germany was crucial for me to prove what I had done in my years at Juventus was not entirely worthless.”

The Juventus Offside bitterly criticised Molinaro for being an ungrateful little bitch, in wake of Cesare Prandelli officially losing his mind and calling up the very one-dimensional left-back. The former Bianconeri full-back is now one of the key figures in Stuttgart and is among the new faces for the August 10 friendly against the Ivory Coast. The Juventus Offside commented- “This call-up is absolutely absurd. Did we expect it? Certainly not. One might as well hand Sissoko the Ballon d'Or. We've always said that Cristian Molinaro is a pretty awful left-back. Defensively, he is relatively assured but contributes less than Gianluigi Buffon to attack. We're glad that Stuttgart took him on loan, and even happier that they signed him in full."

Molinaro was forced to leave Turin in January after he was dropped by Ciro Ferrara and demanded first team football elsewhere. “When we signed Grosso, it was clear that Molinaro was no longer first choice, indeed, Ciro Ferrara fielded De Ceglie ahead of CR28. In his first season at Juventus, he was a disaster. In his second, he improved, but it all regressed when benched. He was an absolute catastrophe in a few of games he actually played, like when he lost his man in stoppage time against Bologna, who scored to make it 1-1. Molinaro didn't deserve all the playing time he got, and at age 27 can no longer be considered a "young" player. Ranieri foolishly gave him 80 games to prove himself, he failed, and now we cannot understand why he is annoyed."

More ridiculous, the fact that Molinaro got called up? Or that he's bitching about Juve's role in all this?

In other news, Giovinco's agent has said he has no beef with Juve and that "he will play a lot at Parma, and then return to Juventus."

The Juventus Offside won't be called up by Prandelli, but you can still appreciate us on Facebook and Twitter.