Share All sharing options for: Official: Giovinco to Parma 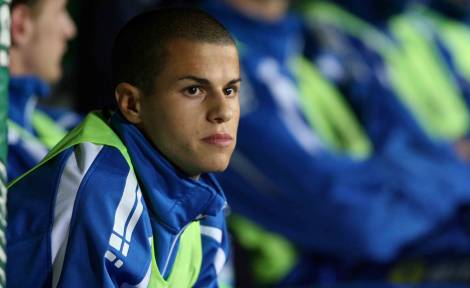 Waiting for his chance to get off the bench...

One of the worst-kept secrets of recent weeks has been that Giovinco would be going to Parma. Marotta has confirmed Gio would be leaving, Andrea D'Amico (Gio's agent) said Gio likes Parma. And Parma's director has now said that the deal is done. Giovinco moves to Parma on a semi-complicated formula that benefits all involved: €500,000 for a one-year loan, and Parma has the right to sign him on co-ownership at a currently undisclosed price. So Parma get a guarantee that Giovinco won't up and leave next summer with them receiving nothing, and Juventus and Giovinco get a little more assurance of playing time.

“Giovinco is now a Parma player and we are very happy,” general manager Pietro Leonardi told Sky Sport Italia. “It is a loan with the right to buy up half his contract. There will be no need to negotiate with Juventus next summer, as the buy-out price has already been decided.” He will be presented to the fans at the Stadio Tardini this evening ahead of a friendly match with Racing Santander, read a statement on the club website. [Which is currently down, probably from Parma fans checking if it's true] The ‘Atomic Ant’ had also been heavily linked with Bari, who publicly courted the trequartista.

“Our Coach Pasquale Marino is enthusiastic about this player, but never wanted to say so publicly,” [Ahem Ventura] continued Leonardi. “We wanted to work in the shadows while possible, as he really will improve our squad a great deal. I’ve known him for some time and I’m sure he’ll do some remarkable things here. Both Alessandro Diamanti and Hatem Ben Arfa are good players, but considering the characteristics of the side, Giovinco was the absolute best we could want. I think that with Giovinco we can say our transfer market is effectively closed.”

It's a very good deal. I understand a lot are disappointed Giovinco isn't staying, but Marotta was right a few weeks ago. Basically, he said that Gio's development has been derailed for the last two seasons thanks to Ranieri, Secco, Blanc, and Ferrara. There's nothing Marotta can do to erase the past, so the best thing to do is for Gio to leave and get a season of 30+ games under his belt. Can we guarantee that? Probably not, even if Gio is better than most of our wingers, should he fall into poor form or whatever, we'd have to bench him. He needs somewhere he can be in the XI with a virtual guarantee. And Parma looks like a good place, it has assembled an impressive frontline with Bojinov (who Gio knew back in Serie B), Crespo, and young-gun Paloschi. Parma has given Paloschi and our Davide Lanzafame plenty of opportunities to impress at the Ennio Tardini stadium, so Gio should have every chance in the world, especially considering the fans, coaches, and directors enthusiasm.