It's Not About Who's There, It's About Who Isn't

Share All sharing options for: It's Not About Who's There, It's About Who Isn't

20 called-up for return match against Shamrock

At the end of today’s training session, Del Neri announced the list of players called-up for the match in Modena against Shamrock Rovers on Thursday night. In all, 20 players have been called-up. Below is the complete list: 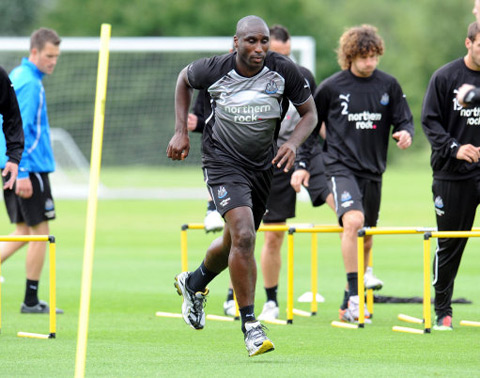 Not all CBs show up early, fit, and raring to go like Bonucci (Image credit: The Spoiler)

You may notice some notable absences: Melo, Camoranesi, Martinez, Poulsen, and Giovinco. Is it a coincidence that 4/5 are transfer-listed? Maybe, the press would like you to think it's a deliberate snub. There are some reasons that could explain the absences- Martinez isn't transfer listed, and despite being with the club the whole preseason, he's just not physically in shape yet, though he hasn't had an injuries. You know the type- who shows up to training camp a few pounds heavy, hasn't run in weeks, hasn't worked out in even longer. (That's usually me) Another link between Poulsen, Camoranesi, and Melo are that they all were involved in the World Cup, and returned late. So it could mean they are just simply not at the right fitness levels, although Chiellini and Marchisio are ready, they are also significantly younger.

I'm babbling now, but the point is it could be a snub, but there are plenty of possible other explanations as well.