Borriello to join the ItalJuve "Something to Prove" Revolution?

Share All sharing options for: Borriello to join the ItalJuve "Something to Prove" Revolution? 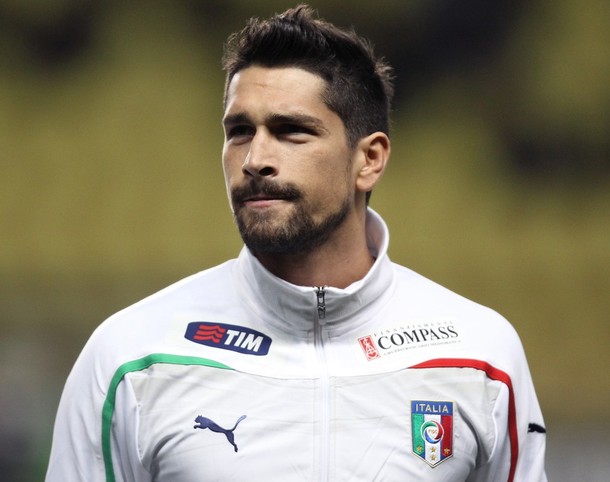 When asked if he'll stay at the club, Borriello said: “I don't know, I am at the height of my career. I have to make a decision. A great champion has arrived and so the space for me is limited.” Milan talisman Clarence Seedorf believes his team-mate should keep a cool head. “For me, Borriello must stay calm. There are still a few days until the end of the market. I don't like this way of doing things. I would like it if the market were closed already in July. It's not right that a season starts and you still don't know where you might end up.”

What do I think about this move? Meh. Same as Quagliarella. It is proving that unfortunately, Beppe Marotta does not have a master plan, and we should seriously question his evaluation of some players quality. I don't think Quagliarella or Borriello are "Juve-quality" players, nor do either of them merit a 16mil transfer fee.

However, is Borriello better than Amauri? Given the last year, in which Marco scored 14 goals and Amauri 5, yes. The biggest question for Borriello should be the same as Aquilani- injuries. In 08-09, Borriello spent nearly the entire season with Nesta on the treatment table. If he can stay healthy, well, Borriello is the best of a Serie A's most profligate group of strikers. He's no Pazzini, but considering it appears Marotta is unable to nab Pazzo, he might be the "least worst striker."

The other question we should have about this move is it's effect on future mercati. All these loan moves with right-to-buys are great, but between Pepe, Motta, Borriello, Quagliarella, and Aquilani, we'd have about 55mil in signings next summer. Which kind of precludes future signings. All of these players seem to be solid players for the current season of rebuilding, but can we create a future Juventus with these players?

Ideally, I'd take Borriello on loan...and then just not sign him next summer, unless he makes a hell of an impact. Or more ideally, rather than sign Quagliarella and Borriello, two strikers at their peak (and not real champions) we'd have kept Trezeguet, Diego, and our 30million in transfer fees...