Seven Years of Marriage to the Old Lady for Legrottaglie

Share All sharing options for: Seven Years of Marriage to the Old Lady for Legrottaglie 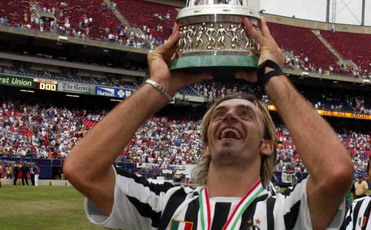 Lifting his first trophy with Juventus

Seven years with the “Duca”
3rd August 2003, Giants Stadium, East Rutherford, New Jersey: Juventus beat Milan 6-4 after penalties and win their 4th Italian Super Cup. In that match, at the centre of the defence together with Mark Iuliano, Nicola Legrottaglie made his debut with Juventus. Seven years later, “il Duca” spoke on Juventus Channel while clearly feeling emotional: «Seven years with this jersey… for a footballer, wearing such a prestigious jersey for so long is the maximum. That day was beautiful because I lifted the first trophy of my career and also because with my move I put Trezeguet in a position to score the equalizer. It was a good start. The most difficult moments came later but they helped me to improve. Today I am a different person and the merit of all this is of Juve who welcomed me and treated me like a son helping me become a man».

From memories to the present and the next match against Shamrock Rovers, for which Nicola after having recovered from influenza should be available: «It was a rather turbulent week, I was feverish, a cold and a sore throat… a bit of everything. Now I am better and I think that I will be available for Thursday. I don’t know if I will be in the starting line-up. That’s up to the coach to decide. If it is the case I will be pleased, otherwise I will await the other matches».

The feeling with Del Neri is excellent and Nicola has never hidden his admiration for the coach: «AS I said many times before, the coach is the right person at the right moment. If we follow him we will do well but it depends on us. If a player does not believe in the project of a coach and the club, it is like carrying a 50kg weight around your leg, but if on the other hand he does believe the weight is much lighter. I, personally, believe very much in Del Neri’s methods and his way of working. Whether we are breathing fresh air? It is nearly natural after last year: when one comes face to the wall he rediscovers humility. Last year we suffered a big blow and now we have the right attitude to make up».

Finally a thought about Roberto Baggio who accepted the role of President of the Technical Sector in Coverciano: «I am convinced that one of the bad things in this century is ignorance and so when a person who knows the field joins things cannot but improve. Baggio was a great champion, knows football and can bring positive developments to our world. It will be fundamental for him to work on the youths and the families in order to have in the future, people who are not only of high quality technically but also morally». 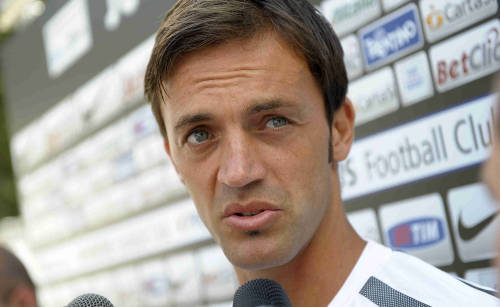 As regular readers of this blog will know, I have always been a big fan of Nicola "il Duca" Legrottaglie. I've been a fan since his debut, and remained one even during his troubled years. During the run-up to Serie B, I thought he was truly gone, and given his indifferent year in Serie B, he looked certain to leave for Bestikas in summer 2007. Thankfully, the deal didn't go through (same with Chiellini-to-ManCity) and he's been an important and reliable member of the team since. At 33, he's still in good shape and good form, last year he ended up benched for Cannavaro both in the Azzurri and Juventus, and I think even Nicola's haters (of which there are plenty) would admit that it should have been the reverse.

I think there are a lot of people who don't rate Legrottaglie, and I think it's all because he's not a big name and because of his poor form during 2003-2004. Objective ratings from various sites (Gazzetta, Datasport) have put him easily in the top 10 defenders in Serie A during the last 3 years, and I would argue that from 2007-2009, he was in the top 5. For example, last summer's mercato was hailed as being brilliant, and part of that was signing Cannavaro. Fabio was clearly over the hill, looked it both for Real Madrid and Italy, yet most would have preferred to start Fabio over Nicola. And it's simple why- the name, and their history.

Legrottaglie's days as a starter at Juventus are over, but he definitely should be kept around. Strictly speaking of on-the-pitch matters, he is still a very capable reserve. His influence clearly goes far beyond, however. He's a very positive influence to have in the team, both with young players and new transfers. In the last few years, Chiellini and Ariaudo have credited him as a tutor, Ariaudo said he helped to calm him as well as taught him defense, and Chiellini also said that Nicola helped significantly in the adjustment to playing center-back. New players like Motta, Storari, and Lanzafame have each singled out Legrottaglie for thanks, saying that he has been an important reference to helping them integrate into Juventus.

It of course depends on his fitness, but I for one would consider extending his contract past next summers expiration. Legro might be getting older, though I think we could do far worse than Fratello Nicola as a 4th-choice CB in the years to come.