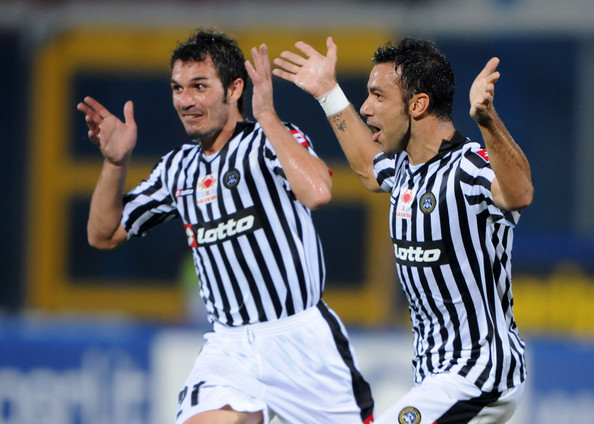 Today, Quagliarella was left out of the Europa League squad against Elfsborg, and at the end of the match spoke with the Napoli ultras for 5 minutes, and apparently explained that he was accepting the move to Juventus. He said "My relationship with the team has been broken, negotiations have been ongoing for a month. There are some matters that go beyond the heart." Rumors that the relationship particularly with Mazzarri and him had degraded badly.

Earlier this evening, Sky Italia reported that Juventus have agreed to loan the Italy international for €4.5m with a view to a permanent transfer next summer worth €12.5m. When asked to comment on the speculation, agent Bozzo said: “I am always optimistic. I have positive feelings on a good outcome in this deal.”

Quagliarella was linked with Juventus a few years ago, and said he was a Juventus fan (probably in addition to Napoli) as a child, but preferred a move to his hometown Napoli. It hasn't exactly gone that well for him, as he has struggled under the heavy expectations as the prodigal son. De Laurentiis probably has the final say in all of this, but it does appear that Quagliarella is on his way, much to the dismay of all English commentators tasked with Juventus in the upcoming Europa League. It seems Marotta is doing his best at creating a team of "should these players be in the Nazionale?" (with a very inquisitive accent to finish the sentence)

So it appears Diego has been replaced by Quagliarella, a man who can be best described as "inconsistent."