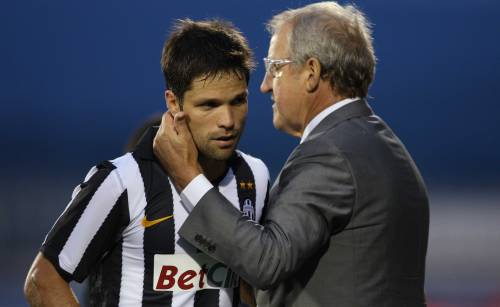 Unfortunately, the big news surrounding the club today is not their second leg match at home against Sturm Graz, but the imminent departure of Diego, just one year after his arrival in Torino via Werder Bremen. Regrettably it seems that neither Del Neri nor Marotta nor Agnelli truly believed that he could break out of his much talked about trequartista mould, and fit into this new-look Juventus side. However, there are many of us fans who think very differently. Today a significant portion of the 170 million Juventus fans around the world are truly saddened to see you leave so soon.

"We have reached an agreement with Juventus over the transfer today," announced Wolfsburg's managing director Dieter Hoeness. "This evening, his father and his assistant are due to arrive here."

The agreement is for a fee of around €15 million, paid in installments over the next couple of years, with another two or so million attached to Wolfsburg’s Champions League qualification. The Brazilian is reportedly getting a salary of €6 million per season for a four year contract. Which I think is a bit more than what we were paying him, but I’m not really sure.

Now the deal for Diego to come to Juventus in 2009:

Safe to say we can take that last €2.5 million bit off the table now, but somehow I always thought we would much sooner be willing to take a €10 million financial hit on Melo’s price tag, then on a player like Diego- guess I’m just fucking crazy. Marotta, I hope you have your last good eye on the ball.

Lost in this shuffle is the pending transfer of one of the greatest goal-scorers to ever wear our jersey, David Trezeguet. His transfer, whenever officially announced, will be given the proper attention it deserves with his own post, highlighting his amazing career with Juventus. Here’s hoping that it doesn’t come to that, then again I didn’t think a certain someone would leave us either. 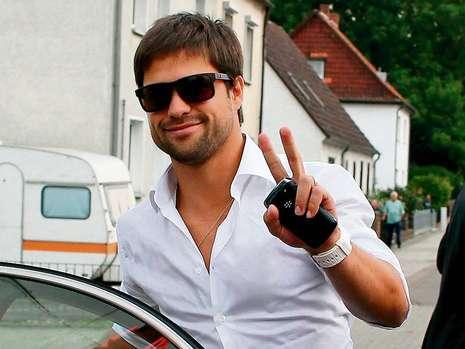 The now infamous photo from Bild magazine of Diego in Germany for his medical recently.