Or Miloš Krasić, as we write it in the Latin language. 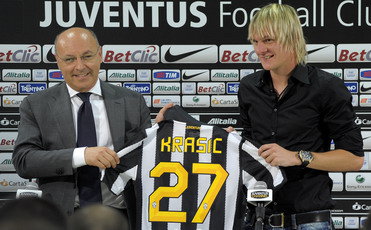 Yes, the D'Agostino affair of last summer has come to a conclusion, the constant will-we-won't-we has definitively concluded. The curious thing about the whole affair is of course that we were the ones holding up the negotiations, not CSKA nor Krasic himself. We first tabled a bid of 15mil before the World Cup when Roberto previewed him, though initially CSKA held out for 18mil. An average world cup followed, and CSKA accepted 15mil. But Marotta was pursuing the dream of Dzeko, and when it finally failed, we immediately returned to Milos.

Krasic certainly has endeared himself to the Bianconeri faithful during negotiations, turning down offers with more money and Champions League football (err not..sorry Fenerbahce fans) in hopes of a move to Turin. He repeatedly insisted that the only move he wanted was to Juventus, appropriate for a player born 87 years after our beloved club. It's the arrival of Krasic at the big stage, following a solid formation/

Having started his professional career at age 15, he moved to CSKA Moscow at age 20 arriving as a promising young player, but a substitute at best. At the capital club, he steadily grew and eventually became one of the most consistent and important performers in the team. 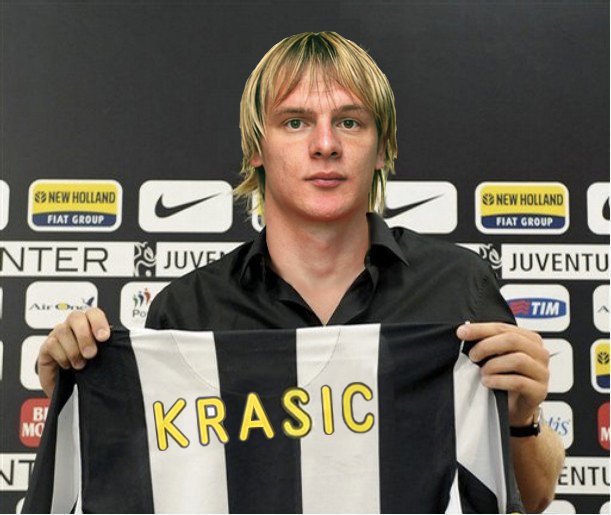 Will you be buying a Krasic jersey this year?

Milos Krasic is overjoyed to be at Juventus and “it is an honour to be compared to Pavel Nedved. I turned down Manchester City to come here.” The CSKA Moscow star completed his €15m transfer this morning and was presented to the media a few hours later.

“I am happy to have arrived at Juventus. It is an honour and a great achievement for me,” said the Serb international after penning his four-year contract. I will do everything possible to earn a starting shirt. I had contact with Juve over two months ago and always believed I could come here. Negotiations can falter, but I never feared it would happen. I had proposals from Manchester City, Fenerbahce and other clubs, but when I heard there was the opportunity to join Juventus, I wanted to wait. “Serie A is one of the best leagues in the world, but I am not afraid. I just want to prove that Juve made the right choice and promise the fans I’ll give my all.”

Krasic has been compared to Bianconeri legend Nedved, not just because of the mop of blond hair. “In recent years I predominantly played on the right flank, but I can also cover the left,” he explained. “It is an honour to be compared to Nedved. He won the Ballon d’Or and was one of the best players in the world. I’ll do everything I can to reach his level.”

The comparisons to Pavel Nedved have been made because of his physical appearance, his flowing blond locks, but he's of course a different player. Nedved had the endurance of a horse, but wasn't particularly fast. Krasic, on the other hand, primary attribute is his pace. He is among one of the fastest wingers in Europe, as he uses his tall frame to burn defenders to the byline. While not a prolific scorer like Nedved, he has scored 26 goals in 150 games for Moscow. Krasic will be a welcome injection of pace and quality into our team, certainly a more exciting player than the workmanlike Pepe.

[EDIT] Congratulations boys on your hardware tonight, more photos on the exhibition vs. Milan to come. 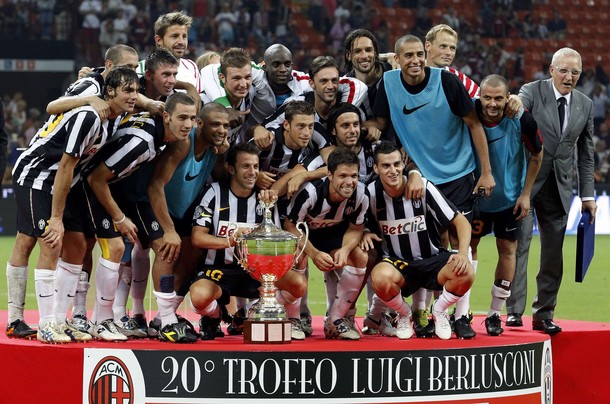