Share All sharing options for: Officially Official: Poulsen to Liverpool 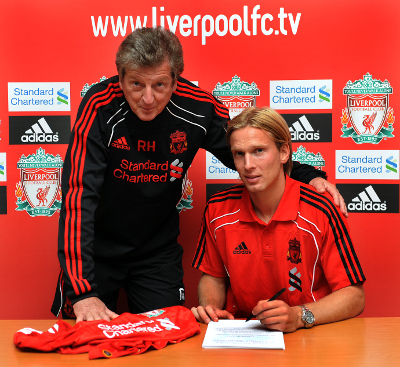 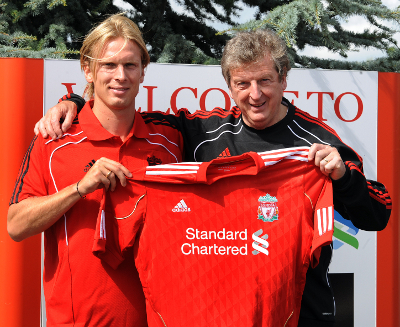 Juventus Football Club wishes to communicate that it has made an agreement with Liverpool FC for the complete sale of Christian Poulsen and all player rights, for a fee of €5.475 million, payable in two years. €2.725million at the signing of the contract, and €2.75 million on July 1st, 2011. The sale could rise up to €1.2million extra depending on certain sporting objectives achieved during the contract.

So Hans Christian Anderson moves to a club fairly well known for use of Scandanavian players, meeting up with manager Roy Hodgson who signed him a decade ago at Copenhagen. He moves for a modest fee, but most importantly, offing the 5th-best paid player off of our payroll, about 3.2million per season (net, not gross) with 2 more years on his contract. And that is the main reason why he was pushed out, his very large salary.

Ultimately, Poulsen will be considered a failure at Juventus. For his first season, there is no doubt. Poulsen was signed as the alternative to Xabi Alonso, which is utterly retarded (thanks Ranieri) and not surprisingly, started poorly. He was frequently injured (shocking) and had very little impact in Ranieri's 4-4-2. The second season he improved drastically, although he's a very quiet player, but did his job effectively. He shielded the back 4, didn't run stupidly out of position (offensively) like Sissoko and Melo have a bit of, and occasionally had an eye for a nice killer pass. A poor man's Cristiano Zanetti, if you will. But not worth his large salary, and not worth putting more faith in him at age 30.

Will he succeed at England? It entirely depends on what expectations of his arrival are. If he's signed to try and fill the void of Xabi Alonso, well, we Juventini can tell you it just doesn't work. (As Liverpool fans can tell you about Aquilani) If he's signed as a replacement for Mascherano? I don't know. The pace of the English league could hurt him, as he's not a particularly fast player. Aside from pace, I think he suits the EPL's style of play much more than Serie A. I don't think he'll be a resounding success at Liverpool, but he'll be a decent addition to their squad as a substitute.

So thanks for your professionalism and your effort, Christian, particularly in the very tumultuous last two years it's been. We wish you all the best up in northern England.