Marotta is Booting Out Half the Team, but Diego isn't one of them

Share All sharing options for: Marotta is Booting Out Half the Team, but Diego isn't one of them

So yesterday, Wolfsburg manager Dieter Hoeness was in Turin, and it was widely expected that he was there to meet with Marotta about Dzeko. The news exploding today from Italy is that Diego was set aside to train with Salihamidzic, Grosso, and Zebina, another words, the "unwanted." It's now being reported by the Italian (and German) press that Hoeness was actually in Turin to discuss Diego, perhaps moving to Wolfsburg as a down payment for Dzeko in the future. Tuttosport has already considered Diego's departure as "likely." I'm not buying it. 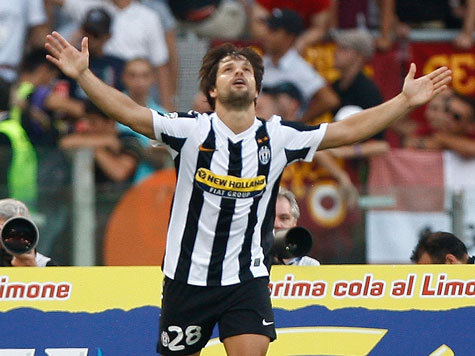 A prayer to the Wolfsburg directors? Hardly.

This morning, SKY Sport 24 showed a bunch of video of Juve's training that in fact, denied the whole "Diego separated from the group." For most of training, he was continuing the team's normal routine, and at one part he did participate in a group activity with the aforementioned group, but it was a routine training exercise. Strangely, Tuttosport and the others blaring about the "Diego ostracized from squad" did not mention that Del Piero was among this group as well, nor did they report that Del Piero was being transfer-listed.

I don't see Diego leaving at this point. A month ago, maybe. Just like Trezeguet, Diego seems to have convinced Delneri of his worth, to the point that Delneri put faith in him by starting him for both Europa League qualifiers. If Delneri changed his opinion formed after a few weeks of training based on a poor game played in a swamp, then we should have serious doubts about his ability to make sane decisions. Considering the otherwise dearth of quality up top, I doubt Delneri is alright with just Del Piero as a seconda punta all season long. So the coach wants him to stay, indeed not just two weeks ago an official bulletin on the clubs website said he is not for sale. And the player wants to stay as well- Diego has reiterated several times this summer that he has no desire to go back to Germany, and he wants to prove himself with this squad. If the coach and player both want to play, I doubt Marotta could be successful in forcing him out, even if he really wanted to.

You heard it here first- September 1st, Diego will be in Bianconero. 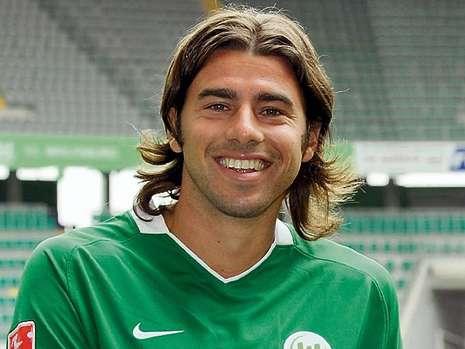 His Wolfsburg smile has long disappeared.

My guess about the meeting? Barzagli seems awful likely. He's their Zebina, although a bit less French/douchy and a little more camera-man friendly. Andrea has 1 year left on his contract, is unwanted at Wolfsburg (they just signed Kjaer) and we need a 4th-choice CB. He had his moments of sheer stupidity, both with the Nazionale and with Palermo, but otherwise seems like a reasonable choice. He's got a few good years left, is Italian, and doesn't seem like one to rock the boat, summer 2008 aside. Sticking point? The wages. Fiorentina, his hometown team, offered him a 5-year contract at 1.5mil, he took Wolfsburg's 3-year contract at 2.5 instead. We can't (or shouldn't) offer him that much. Maybe he's learned by now that he isn't the next big thing for Italy, and will accept a lower contract though.

To those who wonder if Hoeness would fly to Turin for Barzagli....would Marotta go to England to sell Grosso? Probably. Ditto for Le Zebina and Paris.