The Rebirth of Amauri?

Share All sharing options for: The Rebirth of Amauri?

While most fans would have liked Amauri to be sold, it looks likely that he will remain. It'll be interesting to see what happens, though I'm not as opposed to the move as I was one month or three months ago. First, the coach is Delneri, a man who he has worked with to some degree of success in the past. Second, we're switching to a 4-4-2. While the 4-3-1-2 was not the root of his problems last year, it didn't help as much. Today, he gave his first press conference of the new season and was refreshingly honest, for a player who whined and bitched far too much last season, he does in fact acknowledge that he sucked hard last year. 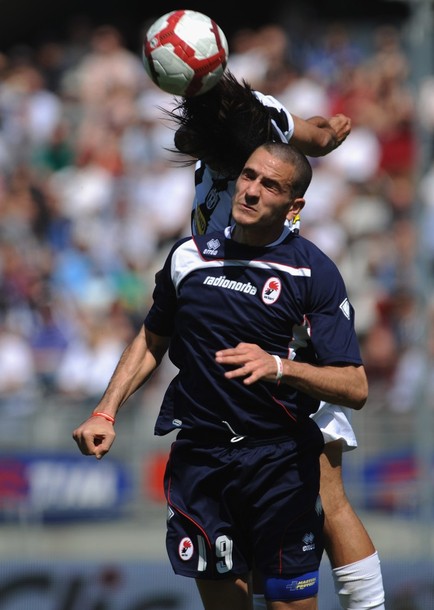 «After a year like the one which just passed there is a great will to start from scratch and work to have a different sort of season». The message sent by Amauri to the press in Pinzolo is clear: the team and himself personally reflect a great will to come-back because what happened last season left its mark. «The supporters cannot be happy with me for last season and I am not happy either – continued the striker. It had been a while since I had such a bad season. I am indebted with the supporters and the club and must make up». The reasons for the difficulties encountered last season are clear to Amauri: «I had the wrong mentality. I am self-critical and I did not repeat the things I did during the first season. These are small details which at the end leave their effect. Whether the ball was hot? It was less hot for me because I did not really touch it. Champions, however must see their responsibility and this perhaps is what I lacked». 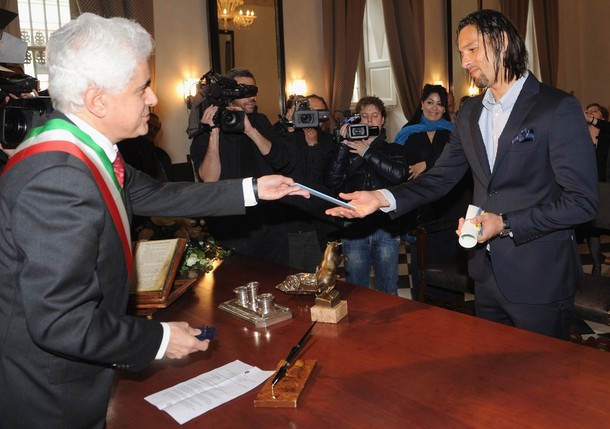 Asked whether his performance might have been effected by the rumours of a possible call-up to the national team: «A lot was said. I liked certain things and didn’t like others.I could have made it to the World Cup and I didn’t because it was my fault and because of the bad season. It was certainly not one of the best World Cups for Italy but I still would have liked to be there. There is still time, however, and I know where I can get. If I were to say that my first thought is about the national team, however, I would be lying. My first objective is to train well with Juve. If there is the opportunity, now that I am Italian, I will be the happiest man in the world, but at the moment I am not thinking neither of Brazil nor Italy but only of getting back to being the Amauri who joined Juve and left a good impression». 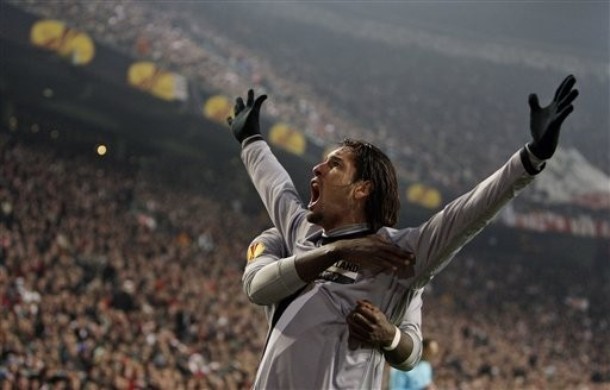 One of his two good weeks this season.

With regards to the transfer rumours which at the end of the championship saw the possibility of him being transferred, Amauri said: «I am in a great team and I never thought of leaving. I want to stay here and show my worth. I came here to win. This has not happened up to now but the will is the same». Another player in search of a come-back is Diego, who has a great relationship with Amauri: «This year I can see that everyone wants to make up, including Diego. If he will be playing as forward? He has already been fielded as a forward in the past and also as a midfielder. He is a versatile player. He is not a striker because he is not capable of heading the ball like me», he concluded while smiling. The subject concerning the Brazilian players also saw Amauri being asked about Felipe Melo and the difficulties encountered by the Juve midfielder during the World Cup: «Instead of speaking so much of him we should be helping him because he is a great guy. He had a difficult season with Juve and had difficulties during the last World Cup match, a tournament in which he started-off well. He must be more tranquil, analyze what he did this season and when he returns we will have to give him a helping hand because he needs and deserves it. I want to stress this because it is not only my personal thought but that of the whole team». In the last few days much has been said of the transfer market and the possible signings for the forward line: «It is not a problem – stressed Amauri -. I think of myself and I know I could compete with anyone».

This year, Amauri is reunited with Del Neri, a coach with whom he worked at Chievo: «The mentality is the same and in fact we have already started working on specific areas. What striker me most about this coach is that he only fields who is in the best condition. It will be up to me to create difficulties for him. His scheme favours the strikers and for me, a penalty area player who needs crosses, this is good». Finally, with regards to the objectives of the coming season, Amauri stated: «In the past nobody spoke of the scudetto at Juve and the team used to win it. I will do the same things: I will not speak of scudetto and we’ll see if this rule is respected. We have players capable of doing well. Let us play this season and we’ll just wait and see».

I've been thinking about Amauri a bunch this season. Mostly negative thoughts, like please break your ankle in training or something. But more serious thoughts too, like where did the Amauri of Fall 2008 go? Why was he so dreadful this season? I don't know what happened Spring 2009, but I concluded something about him this season. He's not as bad as he played...he can do much better. Last summer he said he had turned the page and was eager to start, in acknowledgement of his fading during the 2nd half of the season. And he looked good in preseason. If you watched him against Chievo and Roma in the first two games of the season, he was electric. Great headers, some excellent shots (wtf) and generally looking energetic and successfully taking on defenders. It seemed he had closed the book of the last season, at least mentally, and started anew.

And that's where it all went wrong. Against Chievo and Roma, he struck the post twice and was denied by supersaves from Sorrentino and an emerging Julio Sergio. The frustration clearly started to get to him towards the tail end of the Roma game, as he started the bitching and whining (not yet at his teammates) that have become since quite familiar. After that, more or less, I think his confidence was just shot. He overthought every play, lost his predatory nature and began positioning himself poorly and generally being completely ineffective. Two weeks he was in good form, in October and then in February, but that was not enough to restart him. The summer might be.

The question is, can he truly put the last season behind him...and will the goals come in August and September? If they don't, then Marotta will have to line someone up for January (and I will shed no tears) because it seems he cannot get it out of his head. Maybe we should hire a shrink for him. Assuming it doesn't happen, I don't think Amauri will be back to his Fall '08 self, I think that was a furiously brilliant start to his Juve career (like Melo had) that faded out, but I do think he can score 10 goals if healthy and confident. It all depends on the next month and a half....