Share All sharing options for: Discussing the Juve Youth Sector

Yesterday, ooBia posted a great article on how the Germans reinvented their national team via investing in youth. Check out the Lazio Offside, they have a few articles about how their youth system is horribly mismanaged...any team that has had De Silvestri, Russotto and Macheda all leave has issues. Milan's hasn't been properly used either, and while Inter's is churning out talent, it's just all being sold off. 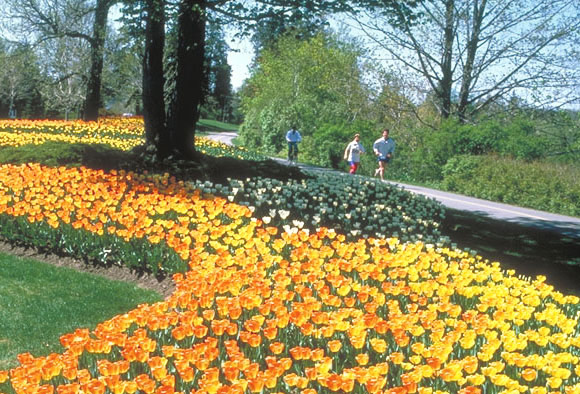 Thankfully, we haven't been squandering our youth...at least, not entirely. Around 02-03'ish, the team made some serious investments in the youth sector, and that especially continued in 06-07 with Calciopoli, to the fact that Juve's youth system (at Vinovo as well) has the best facilities in all of Italy. After Calciopoli there was a renewed plan to continue to advance the development of youth, our youth scouting has improved (more quality players from Torino, but also many players scouted throughout Italy particularly in Campania) and that's why we are dominating at Viareggio. All in all, we're doing decent at bringing the kids up...see the above posts on the Viareggio defense and the Primavera...which doesn't even mention new players Giandonato, Fischnaller, or Belcastro, all who integrated into the Primavera in the last year and have excelled. there's no doubt in my mind Juventus has the strongest youth system in Italy right now...it's the transition from the Primavera to the first team that's lacking.

Depending on the players talent, they either spend a year in Serie B and then Serie A, or start immediately in Serie A. For example, Gio, PDC, and Marchisio spent the year in Serie B with us, then went on loan for a year in Serie A and later returned. Even more important than getting chances at Juventus when they return, is the importance of selecting the right loan team. Fortunately, Gio, PDC, and Marchisio all played a good amount at Empoli and Siena. Some other players we've sent out on loan (primarily to Serie B) have not been utilized much, and thus, their career has stalled.

Two come to mind immediately, being a simpazzante of Bari, where Juve youth products Rej Volpato and Raffaele Bianco spent a year, of the same year as Marchisio and co. These players are probably not of the same caliber as their teammates who have returned to Juventus, but there's no doubt in my mind they are good enough to be Serie A regulars. For Volpato, he spent a year with Marchisio and Giovinco at Empoli, but did not get anywhere as much playing time as them. He has since been bouncing around Serie B, where he has sadly only had one year where he exceeded 15 performances, not surprisingly, it was his best year with 6 goals in 22 appearances. This should have guaranteed more playing time for a 20-year old striker in Serie B, but didn't. Bianco played a fair amount at Bari, racking up 22 appearances and then proceeding to 32 at Modena, but the first season made a miserly 13 appearances at Juve-affiliate Piacenza, 9 of which were substitute.

All in all, we have been churning out excellent talent, but we need to manage the transition a bit better. In 2007-2008, we had former Primavera players Palladino, Criscito, and Nocerino playing at Juve. In 08-09, Marchisio, Giovinco, and Paolo De Ceglie. All in all, not all Juve youth players are good enough to return to Juventus, and not all of them are good enough to stay if they do return, but they need more of a chance. Last year, when Amauri was squandering chance after chance, why didn't we give Immobile a chance in the first team, who has been one of the best strikers of our Primavera in recent years? Or instead of playing Jonathan Zebina and Grygera as center-backs, surely we could have made space for Ariaudo, who is doing excellent at Cagliari? This season, we have sent out Immobile and Luca Marrone to Siena, which are moves I like. We have an excellent relationship with Siena, where we've sent numerous players to before (Paolucci, De Ceglie, Molinaro) and an excellent relationship with their coach....Antonio Conte. He didn't play Volpato much, though Bianco got a fair amount of playing time with him. Perhaps that bodes well for Marrone but not Immobile, but Ciro is surely more talented than Volpato. Siena is an ambitious squad that is building to win Serie B, and I think Conte will use the two of them well.

As for returning Juventini....Albin Ekdal has returned to the team and is training at Pinzolo with the rest of the team, and it appears likely that he will be in the first team with us this year following a good developing season at Siena. A deeper central midfielder than Marchisio, he's a very good passer of the ball, he said his role model is Andrea Pirlo. Also returning this season is Lanzafame, who spent a successful year at Parma and while co-ownership was renewed with Palermo, they agreed to loan him to us for the season. He can be used as an attacking winger or even as a second striker, and hopefully Del Neri will see good things in him. There haven't really been any word on what Yago will do, but I assume he will be sent on loan another year. Next year, we'll be monitoring Immobile, Marrone, and especially Ariaudo's progress. Cagliari signed Lorenzo on co-ownership, and he's proved to be an intelligent young center-back. Perhaps when Legrottaglie's contract expires next summer, we will bring him back to be the 3rd CB in the team? (With De Paola and Albacide as CBs in Primavera, and Carlos Garcia preparing to jump up to Primavera, we have some quality in central-defense coming through)