Share All sharing options for: Gasperini Speaks About Youth 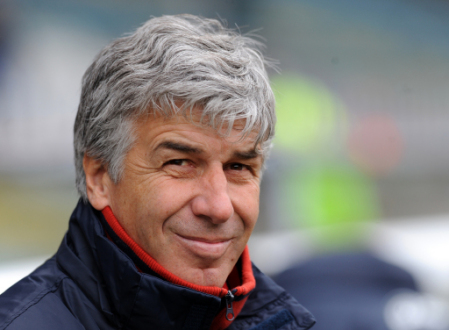 Genoa Coach Gian Piero Gasperini has blamed foreign players for Italy's problems at the World Cup in South Africa. The FIGC recently reduced the number of non-EU players Italian teams can register per season from one to two.

Speaking to La Gazzetta dello Sport, Gasperini said: “We keep filling teams with foreigners who are often useless. By now, even the academies are full of them. If we carry on like this, Italy will get even worse results than the actual ones. But I have confidence in Prandelli. He knows how important it is to work on the academies. [But what power does he have...] The economic factor is predominant over the technical side of things. No one makes decisions based principally on technical necessities and the balance of the team. On too many occasions the players signed are those offered by agents, who represent a financial opportunity to the presidents, and not those that the team actually needs.”

Sage words from a sage man. But what would you expect from a man who has built his team on much of his own personal life experience.....Juventus primavera kids who never got a shot. In general, Gasperini's done very well with young players like Sokratis, Criscito, Palladino, Sculli, Bocchetti, etc. As he says, the problem isn't foreigners, it's crappy foreigners. We happen to have plenty in our team. Drop the ridiculous 1 non-EU restriction, but put other restrictions in. Like if Melo ever starts ahead of Marchisio, Prandelli gets to wedge his foot up Delneri's ass. Or if Tiago breathes at Vinovo, whoever let him in the gates gets deported to Guantamano Bay and is forced to listen to Justin Bieber 24 hours a day.