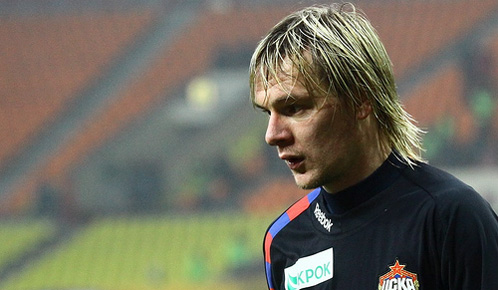 With Alessio already handling the Juventini World Cup profiles, space was left for some posts to be dedicated towards profiling some of Juventus’ rumored transfer targets this off-season. Of course it would be incredibly difficult to profile every one of our rumored targets out there in detail, so a certain amount of steam must be present in order to qualify. So starting off this new development here at the Juventus Offside, will be none other then CSKA Moscow’s, and Serbian international, Milos Krasic.

Rumors of Juventus’ interest in the highly rated attacking midfielder began to surface in late 2009 early 2010 with little substantiation. However with the addition of Marotta and Del Neri to the Bianconeri camp, and their recent pledge towards returning Juventus to a winged system, the rumors have begun to swirl. Apparently Fabio Paratici, Marotta’s right-hand man and Juventus’ head scout, was present during Serbia’s World Cup friendly against Poland to observe the young winger. His scouting report will probably read something like this:

Milos Krasic is perhaps the most exciting player to watch nowadays that you’ve never really heard of. That’s due in large part to the fact that you’re probably neither of Serbian, nor Russian heritage, and the only time you’ve read something about the Russian Premier League was when ex-Roma coach Luciano Spalletti joined FC Zenit in December of 2009. However it’s time to breakdown those negative stereotypes for there’s much more to Russian football than just a bald-headed Italian tactician. 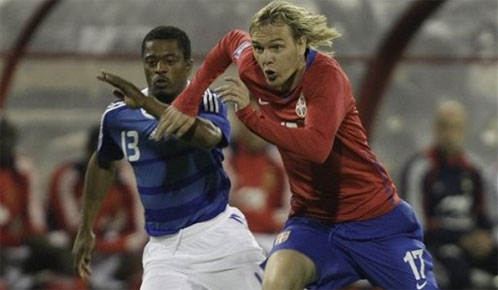 Born on November 1st 1984 in the city of Kosovska Mitrovica within the much disputed territory of Kosovo, located in the Balkins, the Serbian began his career with his hometown side FK Rudar Kosovka Mitrovica. Then at age 14 he was scouted by FK Vojvodina, the oldest football club in Serbia’s elite league, and in 1999 made the move to Novi Sad. Four years later, he would become their team captain. Nevertheless it was only a matter of time before a bigger club came knocking and in January 2004 CSKA Moscow acquired the speedy winger.

Since his arrival in Russia’s capital, Krasic, who is predominantly right footed but can play on either wing, has helped his side win the Russian title in 2005 and 2006, the Russian Cup in 2005, 2006, 2008 and 2009, and the Russian Super Cup in 2006, 2007 and 2009, as well as being featured in three games during the club’s 2004-05 Uefa Cup championship run (now known as the Europa League) in his inaugural season. More specifically the individual stats on Krasic are solid at the very least.

Out of the 30 games per season each team plays in the Russian Premier League, Krasic has played an average of close to 80% of them since 2005. Now that’s not close to the 38 games played in Serie A, however it proves that over the last five years Milos has been relatively ironman-like in an environment that’s very cold and tough to play in. Also, in terms of goals scored, he’s managed a modest total of 26 domestically and 5 internationally, even though one could argue a winger’s primary role would be for assists. 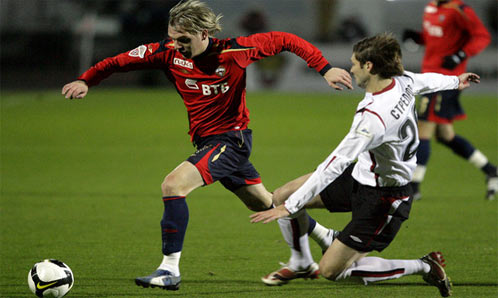 According to Uefa, the Russian league is ranked 6th in terms of difficulty behind France and Germany. After watching his highlights however, one can easily come to the conclusion that Krasic is ready for a step up in difficulty. Now Marotta has said on multiple occasions that he prefers Serie A experience over foreign talent, but in the wide-man department, top class wingers aren't generally going to come cheap. Think Vargas and then Corvino’s smile. So, it’s no surprise Marotta is covering his bases. However, Russian clubs are notoriously difficult to negotiate with so Marotta's skills are going to be tested here as CSKA will most certainly look to pocket a handsome purse for the 25 year-old who's contract expires in December 2011.

Actually according to Krasic’s agent Vlado Borozan, Juventus have already tabled a bid. However sources say that the Russian club is planning on waiting until after the World Cup before letting Milos go so they can cash in on some premiums. So far, the price tag is around €15 million Euros for the Nedved look-alike. Interestingly enough, Bavarian giants Bayern Munich were also said to have been in the running, with Manchester United leading the race. But with Franck Ribery recently re-signing, and the success of newcomer Arjen Robben, space for Milos on the flanks has disappeared in Germany. So it seems Manchester United and Juventus are leading the race, and may the shrewdest club win. Of course by 'shrewdest' I mean whoever's playing in Champions League next year.

Perhaps now you’ll be watching some of Serbia’s group stage games to monitor Krasic’s performance. One thing’s for sure, the world’s best is on showcase for Marotta this summer so he has his work cut out for him. As result, we do too. Next week, perhaps we’ll feature Atletico Madrid’s Sergio Aguero, Wolfburg’s Dzeko, or Udinese's Pepe. Until then, enjoy this highlight reel of the speedy Krasic that appears to be made with twenty year old video recording technology for some reason.