Over the next week and a half, here at the Juventus Offside we will be profiling Juventini, their characteristics, and what role they play for their national team. It might not be the most useful for regular readers or general Juventus fans, but I think we Juventini are most apt, perhaps, to describe the quality of these players as we watch them week-in, week-out. Having profiled Italy legend Gianluigi Buffon and Italy newcomer Claudio Marchisio, we're moving onto one of the most contentious players of the season, Felipe Melo of Brazil. Before moving onto the post, a disclaimer- I was very opposed to Felipe Melo's signing at Juventus, and I still do not like him. However, in this post I am trying to remain reasonably objective.

Birthplace: Volta Redonda, Brazil, in the state of Sao Paulo.

National Team: Brazil, where over at the Brazil World Cup Blog, Duvel does a great job posting the yellow-tinted version of things. (Sister site to The Offside for national teams)

Personality: This is where Felipe Melo's greatest failings are. Felipe Melo is a very passionate player, and quite typical of a poorer Brazilian, like Ronaldo and Ronaldinho, he is brilliant when on form, yet lacks discipline. In Ronaldo and Ronaldinho's case, it led to weight gain and poor form, but as a defensive midfielder, it leads to a very poor disciplinary record for Felipe Melo. His temperament was one of the reasons I didn't want Juve to sign him, at the conclusion of his season with Fiorentina he was banned for 5 games while beating the crap out of Diego Lopez of Cagliari. As Juve's season went on and Felipe Melo's performances declined miserably, he began to get into arguments with the fans, culminating in the Juventus 3-3 Siena debacle. After two dangerous plays near the box, Felipe Melo swore at the fans, telling them to "go f*** yourself" and later "shut up!" However, a few weeks later he made a fine gesture, apologizing to the fans after scoring an excellent header against Atalanta.

Melo swearing against the Juve fans

Famous Juve commentator Zuliani demands Felipe Melo be benched and sold for the season, following the above confrontation with the fans

Media Status: In Italy, he is quite well known due to a strong season with Fiorentina, and a high-profile (and massive price tag) move to Juventus, though not quite superstar status. He is very well known in Brazil, as for the last year and a half or so he has been a permanent fixture in Dunga's Selecao which has also won him a fair amount of fame internationally, also as he has been heavily linked for some time to Wenger's Arsenal. 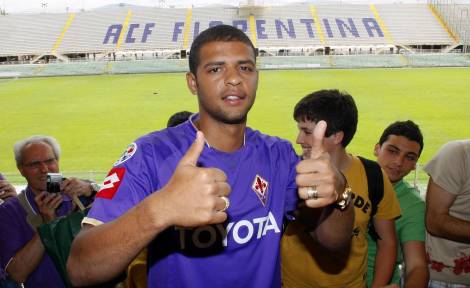 Strengths: Felipe Melo, when in form, is an excellent defensive midfielder. He can read the game excellently, he can anticipate play, breaking it up more efficiently than say, Sissoko, whos' skill is primarily recovering the ball via tackles. That isn't to say Melo cannot do it, he can. If the strengths ended here, he'd be a solid midfielder, but not one of the best. However, Melo happens to have a decent pass as well as a good eye for goal, scoring 3-4 goals per season. They are decent enough that he could play as a pure central midfielder.

Weaknesses: On form, Felipe Melo is one of the top defensive midfielders in the world. However, his form varied significantly this season and was strongly tied to his emotional state. When Felipe Melo is not feeling positive, he will play poorly, without a doubt. He may lash out at a player, earning a foolish booking or worse, red card. The only other major fault of Felipe Melo is sometimes his tactical naivety, he has a horrible habit of losing the ball at the top of the 18, near the goal. Sometimes he tries to dribble out of dangerous positions, and it doesn't work, at all. In fact, the game that provoked the angry reaction from Melo to the fans, was Juventus 3-3 Siena. The reason the fans started jeering Melo? Because he was dribbling too close to the box and losing possession.

Simply put- he is a player that completely depends on his emotions. If passionate and happy, he is one of the top defensive midfielders in the world. If not, he is a massive liability. With Brazil, he will have all the stimulus he needs to play well, the question is if he can keep his head on. 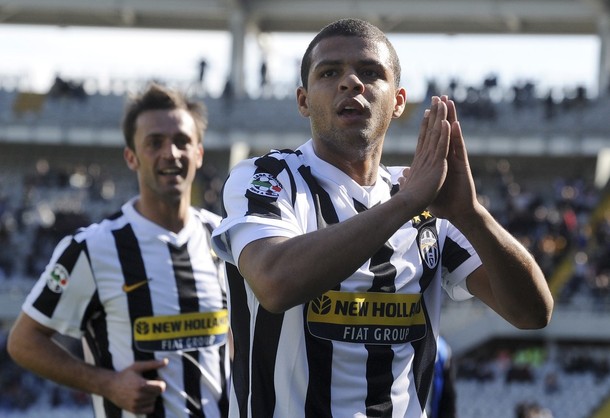 Status on Club Team: Unknown. He could conceivably be sold this summer, or attempt to prove his detractors wrong at Juve next season. He is not particularly well liked by many Juventus fans. Personally, I hope he performers well in the World Cup, and then gets signed for somewhere around what we paid for him.

2009-2010 Club Season: Felipe Melo endured arguably most difficult of years among any Juventus players on the roster this year. You'll note I said Melo's chief failing is his emotional state, and as the season progressed, that ended up forcing Melo into progressively worse and worse performances, and when the fans started heckling him, it all went completely downhill. But what started the bad performances? It was Juventus, for the last 2 years, and continuing, needed a regista, or in English, a deep-lying playmaker. (A Xavi or a Pirlo if you will) Despite having some decent passing skills (for a defensive-midfielder) Felipe Melo was signed as this regista, after management failed to secure Xabi Alonso (summer 2008) and Gaetano D'Agostino, last summer. He never was the right solution for this, and was asked to build play from the back of midfield.

As the enthusiasm for the new season started, Felipe Melo, like much of Juve played brilliantly. I still thought he was the wrong option, but could not dispute with his form. As Juve ran into difficulties, Felipe Melo's inadequacy as a regista came out, the midfield passing game ground to a halt. In the first month, he was lauded as one of the signings of the summer. By December, he was named "Bidone d'Oro" the annual Italian award for the "flop of the season." The season continued to descend into madness, and by March, Felipe Melo was fighting every game with the fans. He finished the season with some decent performances in a much calmer environment, as badly needed changes to management placated the fans anger. His future is still very much up in the air. 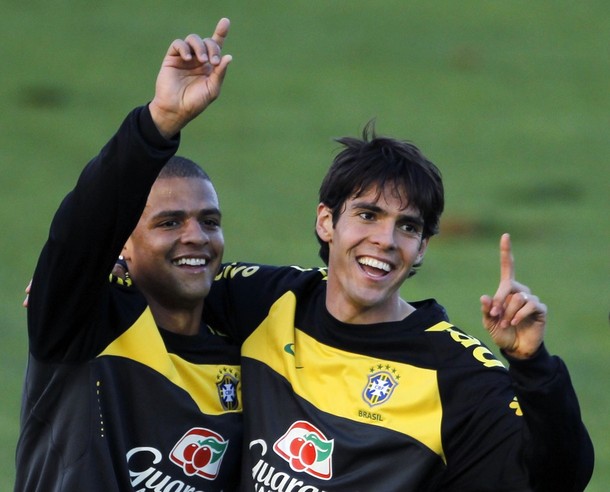 Status in National Team: Important cog. Two years ago Felipe Melo wasn't near a Brazil call-up, but if imitation is the highest form of flattery, then Melo was driving for a callup. He plays a similar position to coach Dunga, that of a "volante" in Portuguese, or a defensive midfielder, and then joined Fiorentina, the team Dunga first excelled at. A great season for Fiorentina led to a call-up, and a strong performance in the Confederation's Cup in a more pragmatic Brazil side cemented his role. He remained first choice for most of the World Cup Qualifying, and looks to be a starting member of the Selecao this summer.

Expected Performance for National Team: Considering Felipe Melo jumped from Fiorentina to Juventus, one thing Viola and Bianconero tifosi can agree on is that he is a mercenary. That's not necessarily a bad thing, every team needs them. The good news for Brazil is that Felipe Melo (very similar to Robinho) cares about the yellow jersey, and he will play his heart out for Brazil. I think he is going to be a strong performer, as long as he can keep his head on straight. 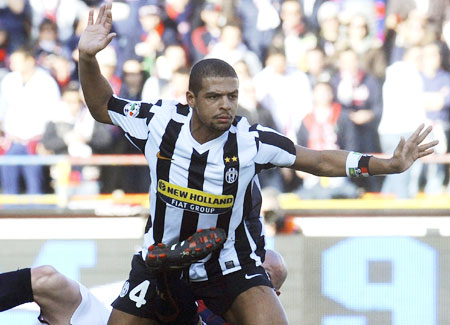 My favorite Melo picture. The caption was "EVERYBODY STOP! I feel like something very bad is about to happen”

Random Fact: Felipe Melo probably is a renter. In the last 10 years, he's been playing for 8 different clubs, starting in Brazil, going to the island of Mallorca, Spain, and then northern Italy.

In one word: Explosive. In every sense of the word.