Caceres to Remain at Juventus?

Share All sharing options for: Caceres to Remain at Juventus? 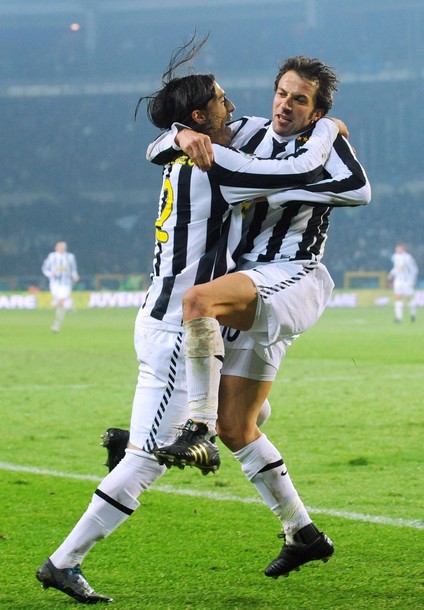 "I am very happy here at Juventus, even if I still don't know if I will remain here or return to Barcelona.

Howeveer, I find myself very good here, and I hope to stay. We know that our position in the table is not good, and nobody likes it, so we are hoping to finish the season in the best way possible. Even if we were able to finish 5th or 6th that it wouldn't be positive, but it would be at least important so we could avoid the early preparation required for qualifiers."

"It's difficult to say what didn't work, it has been a very difficult year and I don't know exactly what the cause is. We hope that next season will be better. Now, I feel physically much better. After two and a half months out, obviously I am not at my best, but nevertheless I can still play, and I hope to be on the field in the last two games."

I like this kid, and I hope we can hang onto him. He is rough around the edges, though I believe it is completely unfair to blame him for the Bayern Munich defeat (we were going down anyways), but in his short period at Juventus he's shown he has the talent and the spirit to play for our team. In some of our most difficult moment, players like Zebina and Grosso have played relatively indifferent- Grosso is of course Italian and should respect the shirt, whereas Zebina has been here for 6-7 seasons now. Caceres, however, has always looked like one of the few players to give a damn. Combined with the fact that he's young, talented, and ambitious, he's very much worth signing. Any young Italian we'd sign as a RB would cost at least the same, and I think he offers a very bright future.

From Robee: Caceres is one of the names the new Juventus should be built around. I may be too optimistic, but this guy will be a world-class back if you ask me. Physically one of the best players I’ve seen in a Juventus jersey, even ‘though there’s some heavy competition in that area. He’s got it all, speed, condition, strength, and he also has that refined ball touch. Hell, he can even overtake defenders, which makes him the ideal man to cover the complete flank. His defending needs a bit work, but compared to Zebina or Grygera, this guy is a God. His spirit and grinta already makes him one of my favourite players. I just fucking hope they can bring him home. 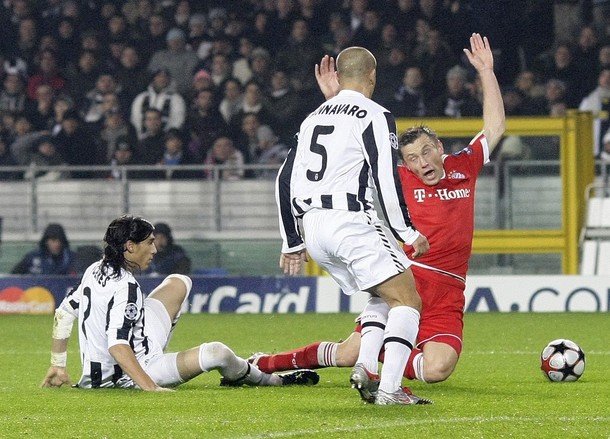 Wave your hands in the air like you just don't care!

Between the management changes, including a new President and hopefully a new DS (and oh yeah, a coach for next season) not surprisingly Martin's contract issues have been pushed to the backburner. No concern, though. A few weeks ago, it was rumored that Barcelona would loan him to us another year with a lower fixed rate to buy (~8mil) which to me, seems like the perfect deal. We get Caceres next season, a lower price, and defer the payment so we can invest more this summer. Shouldn't be a difficult deal, considering that Barcelona doesn't want him back (Caceres successor, Chygrynskiy has similarly flopped, and he cost even more than Caceres) and Martin wants to stay in Torino. But then again, it's Secco running the ship (for now) so who knows what'll happen. What do you think?