Didier Does the Double

Share All sharing options for: Didier Does the Double 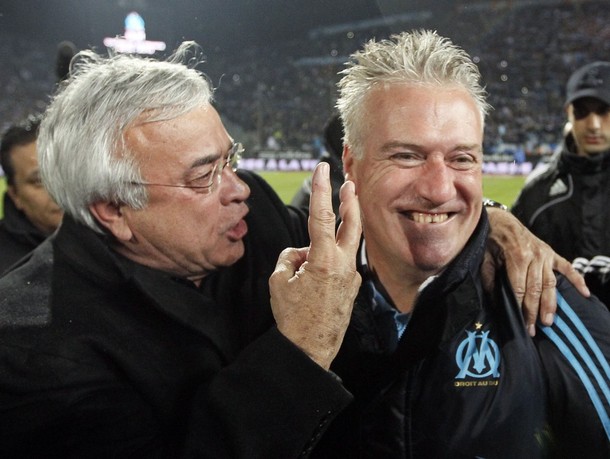 You brought me two titles in one year, next year bring me four!

Marseille clinched their first French league title in 18 years on Wednesday after beating Rennes 3-1. The 1993 European Cup winners - who were stripped of their French title in 1993 because of a matchfixing scandal - hold an eight-point lead over both Lille and Auxerre with just two matches remaining.

Goals by Argentinian defender Gabriel Heinze, who has now won league titles in three different countries, leading scorer and captain Mamadou Niang and record signing Lucho Gonzalez saw Marseille to the crown under the gaze of coach Didier Deschamps a member of the last Marseille side to lift the trophy back in 1992.