My, the Times (Management) Are a Changin'

Share All sharing options for: My, the Times (Management) Are a Changin'

If a year ago, you told me that Bettega would be coming back, I'd have raised an eyebrow. If you told me 6 months ago that Andrea Agnelli was going to be named President this summer, I would have laughed at you. And if you had said Secco wouldn't be Director of Sport anymore, I would have peed myself in satisfaction. If you told me all 3 would happen in just 9 months, I would have called the police and had you committed. And yet...it's happening. 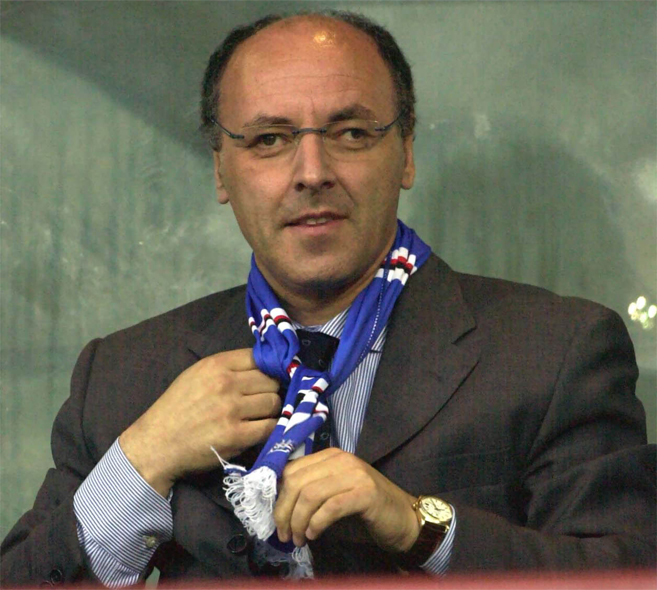 No, I do not know exactly what's up with his eyes. One of them definitely looks like a glass one, though.

Momentum has been gathering throughout the last few weeks that Alessio Secco will not be our transfer director for this summer. It's no coincidence that this is in the time since Andrea Agnelli has been named President, and Blanc relegated back to a General Manager position. The most likely choice is Giuseppe Marotta, of Sampdoria. It all started in the public eye about two weeks ago, when Sampdoria President Riccardo Garrone graciously declared that if Juventus were to pursue Marotta, he would let him leave. Garrone, who is also owner of Sampdoria sponsor and energy company ERG, stated "in my time as head of ERG, if a young ambitious manager were to leave, there would be no resentment. If he is approached, I will not stop him from leaving." This seemingly confirms that Juventus were in negotiations with him, and Marotta has made no comments to the media, furthering speculation that he is indeed close to a move. Voices in Italy have suggested that if Marotta did indeed sign, Secco wouldn't leave but would be placed in a position more similar to that that he played under Moggi. Marotta's signing would be absolutely massive, a confirmation that this team is moving forward. A new triade of Andrea, Bettega, and Marotta is ultra-smart, and ultra-savvy. Football consultant and pundit Tor-Kristian Karlsen, who mostly advises clubs in the Bundesliga, agrees. From his Twitter this morning-

have a feeling that juventus securing the services of beppe marotta, the sampdoria ceo/sd, will turn out "signing of the summer"

marotta also has firm ideas on how the sporting side should be run, no more carte blanche for benitez (if the juve thing is 4 real)

The effect of Marotta signing would be huge. First, as he is an influential person, Benitez if signed, would not be able to demand full control of transfers as he was rumored to be asking from Blanc. That is a large negative for Benitez, and could ultimately block his arrival which as you know, I am adamantly against. Secondly, it is rumored that Marotta, as well as Andrea Agnelli, do not particularly care for Benitez, who is a preferred pick of Blanc. If I had to speculate, I would say it's because Blanc wants a big name who can run part of his job, essentially, he is a weak person. If Marotta arrives, Benitez looks a lot less likely and that's positive #1.

The second, of course and ultimately more importantly, is that he's a competent transfer director! He has an eye for good and underrated talent, and has done wonderfully to build Sampdoria into a competitive team over the last few years. And, he doesn't get fleeced like Secco, he is shrewd. When he signed with Sampdoria in 2002, they were in Serie B. This is a man who signed Angelo Palombo, Daniele Mannini, Lucchini, Andrea Poli, and Ziegler all for cheap or free, who have been crucial members of the squad either this season or in recent years. And let's not forget his crowning achievements: signing Pazzini for peanuts, and Cassano.....for free. He negotiated a year-long transfer with Real Madrid, paying only 25% or so of Cassano's salary, then nabbed him the next year on a free transfer with the condition that Real Madrid gets 7million euros if he was sold that summer....and 5million if he is sold in the next 3 years. Right now, anyone would pay 20mil or more for Cassano. Genius.

And it can't happen too soon...