Share All sharing options for: Ancora Sto Godendo...and a defense of Lazio

For all the talk about Lazio "throwing" the most recent game against Inter, no one has really brought up May 5th, 2002. Sure, it wasn't Roma, though Lazio fans would prefer an Inter Scudetto over a Juve Scudetto. With nothing to play for, they played one hell of a game and we all know how it ended. (Worth noting...Lazio's lineup back in the day. A lot better than now) 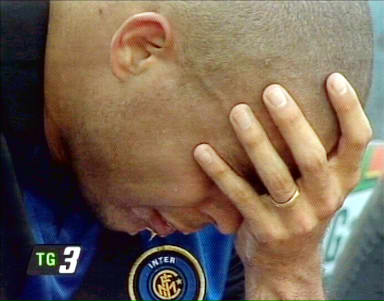 Just a few of my brief opinions on Lazio-Inter from the other day, because there's a lot of moralistic hot air going around. Bear in mind, I have no feelings for or against Lazio, hate Inter, and dislike Roma....despite preferring them to win the Scudetto:

1st- Lazio was going to lose anyways. They are battling relegation for a reason, and Inter is competing for 3 trophies. No one would get angry if Inter comfortably defeated Bologna.
2nd- Lazio had excuses for losing, namely Floccari hasn't been in top condition recently, Zarate has fallen off the face of the earth, and their center-backs make Cannavaro look like, well, 2006-era Cannavaro. Baronio is inadequate whether playing Inter or Cesena.
3rd- There's a big difference between "throwing a game" and half-assing it. If you're a football player or any sport in general, I'm sure there have been "less important" games where you just kind of went through the motions. Lazio sure as hell didn't try hard, but I didn't see them bend over and give a straight assist to Drogba. 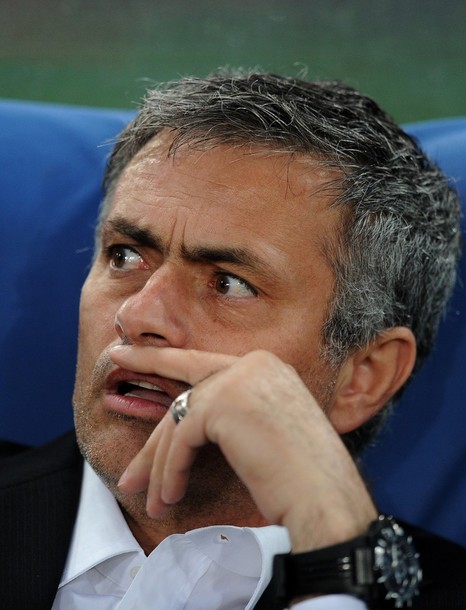 Who is this Muslera jackass who showed up to play?

4th- Speaking of which, classic Italy right there. If the Gerrard-to-Drogba pass happened in the Lazio-Inter game, everyone would be howling more than they are. I haven't read Ferguson or pretty much any EPL figurehead allege that Liverpool quit, yet they had far less reason to lose than Lazio. Liverpool, for however bad they have been this season, have not been as bad as Lazio.
5th- The only real act that disgusted me from the game was Lazio fans behavior. When Inter scored and they cheered, I can understand that. The season is a total loss, the fans are bitter and looking for something to excite them, whatever. But jeering your own players, singing Inter songs, telling the players "we'll beat you up if you win" is taking it way too far. If Lazio fans had been quiet, or had supported their team, they still would have lost. And they'd have looked a bit better in the medias eyes.
6th- Roma's own damn fault for capitulating to Sampdoria.

Fundamentally, though I would donate my left kidney to avoid another Inter scudetto, I can't condemn Lazio, no matter how disappointed I was with the result. Why? Because I think, if Juve's season was over (like it is) and we had an opportunity to deny Inter another Scudetto, I'd be all for the boys "taking it easy" and avoiding injuries. I'd never whistle my team for trying or threaten them, but hey, if we lost, rotated a few players and gave inexperienced players a run out, good enough for me, right? 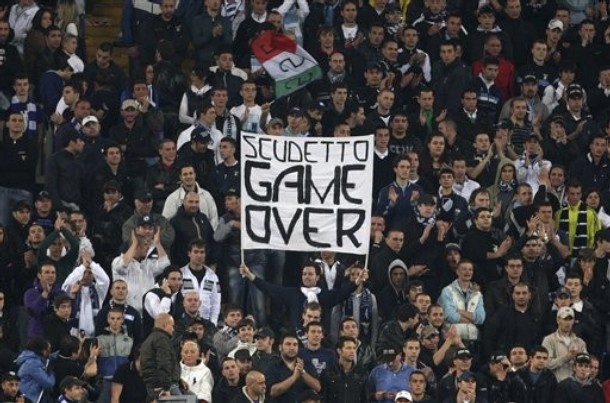 Along that line, and referring back to points #1 and #4, remember when Wolves manager rotated his entire team against ManUtd and there was all the controversy? I said all the hubbub was stupid then, and I still do. I predicted an Inter 3-1 win before the match, and if Lazio figured they were going to lose, why blame them for conserving their energy for winnable matches, like traveling to last place Livorno this weekend.

But hey, enough about this season because it ended before it started. Happy May 5th, everyone.