In Defense of Diego

Share All sharing options for: In Defense of Diego

Over the past few weeks, the end-of-season reviews have been coming in, and most have labeled Diego as a major flop, Goal.com named him as the #1 transfer flop, and also in their Worst XI of the season. Juventini and non-Juventini alike have blamed him for our poor season, but they could not have been farther from the truth. 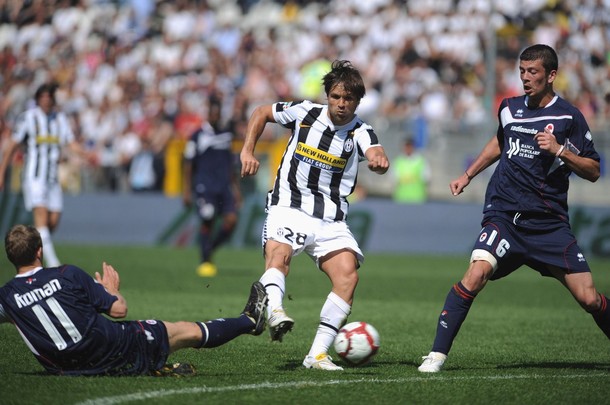 If You Haven't Noticed, Our Team Kinda Sucks: First, institutionally, Juventus have incredible problems. The team was not built correctly to use a trequartista, during much of the season we have been playing with rubbish fullbacks, two defensive midfielders, and two static prima puntas. That doesn't work. The team wasn't properly built for the 4-3-1-2. Second of all, Diego is coming in from a foreign league to a badly struggling club. Difficult to make a real impact.

Diego Has Been Plenty Effective:

We just don't notice how solid Diego has been because our team sucks so bad. Naturally, despite Juve's failings this year, Diego was expected to waltz in and score Kaka-style goals. Unrealistic, but the Roma game set up high expectations. I have no doubt given a better lineup, Diego will be more prolific in scoring goals.

Diego has been labeled as a major failure in recent weeks, but it wasn't really until yesterday that I realized how great he has been. While looking through the video of all Juventus goals from this season, I noticed how omnipresent Diego has been. I went through the videos and counted up how many goals Diego assisted, scored, or was involved in and calculated it against the total. Turns out he's directly influenced 45% of Juve's goals from this season. Not bad for someone coming in from a different league, particularly when you consider that Diego hasn't played every game, whether due to injury (see last fall) or being rested. Counting the games he missed, it probably boosts it to somewhere around 55% or so, another words, he directly caused a goal more than every other game. Look at the second video, how often his set piece, cross, or accurate pass opened the game up and led to a goal. 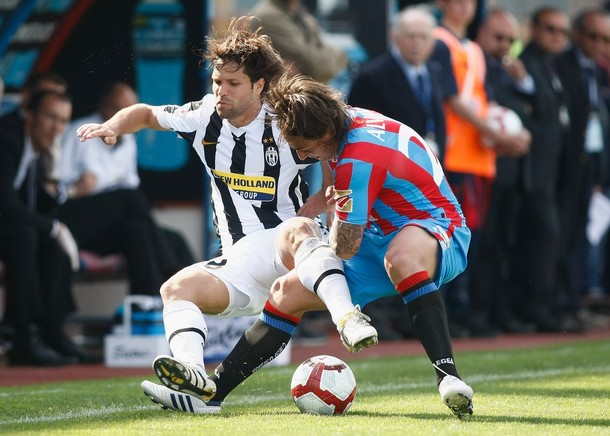 He's been barreled down a bit.

Nnahoj gave another great reason why Diego doesn't deserve to be labeled a flop, in simpler statistics-

While watching Juve games this season I always used to think that Diego was probably the most fouled player in the league. According to ESPN Soccernet, he was fouled 103 times in Serie A this season. Sneijder was fouled 38 times, by the way. 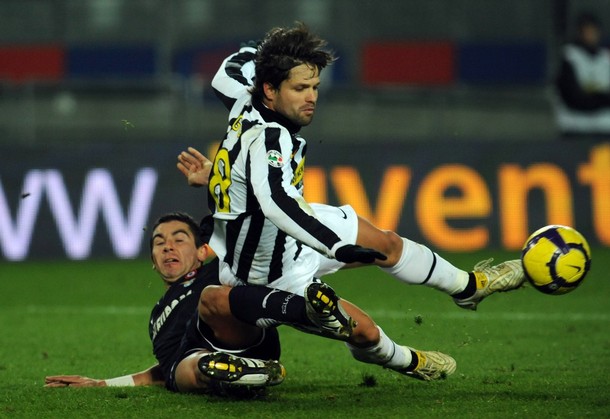 Has Diego played better than Sneidjer? Probably not. But given the simple numbers, it seems pretty clear that both have been protagonists for their club, and Inter's success means Sneidjer is the "transfer of the season" and Juve's miserable season has meant that Diego is the "Flop of Serie A." Maybe it has something to do with Inter's defense being rock solid (Lucio, Samuel, Chivu, Maicon, etc.) and Juve's being piss-poor, conceding more than Atalanta?

So why is Diego considered such a flop? Simple- He's not scoring as much as he did in the Bundesliga, Juve's season has been piss poor, and the Roma game got everyone's expectations very high. However......the numbers don't support it, and I feel bad that Diego has taken so much criticism. Despite being jeered and criticized, Diego has never reacted badly to the tifosi and has played his heart out for the team this year. He doesn't deserve the criticism, he deserves a reinforced squad and the support of the fans.