Calciopoli-poli Continues: New Developments in the Revision of the Trial

Share All sharing options for: Calciopoli-poli Continues: New Developments in the Revision of the Trial

Naples court proceedings: a note by the club
In all due respect of the activities regarding the ongoing hearings, Juventus will carefully evaluate together with is legal aides the eventual relevance of the new evidence introduced during the proceedings in Naples in order to guarantee, in every sporting location and not, and as it has always done, the most careful safe-guarding of its history and of its supporters.

Juventus believes that the institutions and the organs of justice will assure the equal treatment for all, as was requested by the club and its defenders during the sports hearings in 2006. 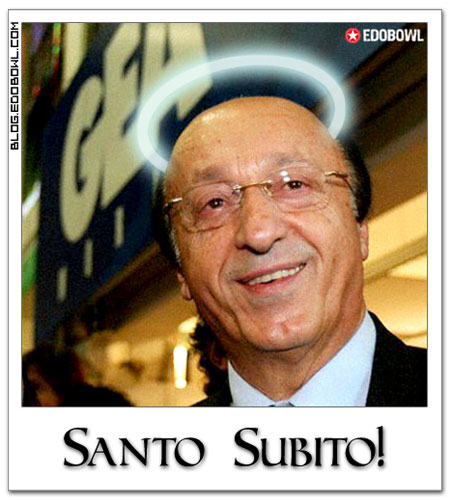 Wow. Wow. I figured Moggi would battle like hell and eventually get his personal case overturned, but I never expected the following:
i. The idiots currently known as our management to have the stones to challenge Calciopoli.
ii. The FIGC to acknowledge the ongoing case and review the original case.

More damning voice recordings are coming out (part one and part two) and if you don't speak Italian, run them under Google Translate. It is pretty surprising. Furthermore today, stories have been flying out today, about new voice recordings coming, first, that of Bergamo insisting he always talked with every President. (and insisting it was perfectly legal to) Secondly, Roberto Pardolesi, one of the members of the 3-man committee that reassigned the 2006 Scudetto from Juventus to Inter, came out and said "if we had these documents in the beginning, the verdict would have been different" and suggested that the 2006 Scudetto might be revoked from Inter. He also called for a full investigation. Morescanti, the lawyer of referee De Sanctis who was implicated in Calciopoli, wondered why these documents were not around in the first place. Piero Sandulli, who was the final judge in Calciopoli (though not part of the committee that reassigned the Scudetto), said "Rather than prove Moggi's innocence, this suggests new subjects for investigation." Pardolesi says UEFA put pressure on him to revoke Juve's Scudetto, and Sandulli was not part of the decision. Gerhard Aigner, the UEFA delegate who Pardolesi said put pressure on him to give 2005-2006's to Inter, came out and said "Assigning the Scudetto to Inter was not my decision, it was all Guido Rossi." Guido Rossi was given extraordinary powers as emergency administrator of the FIGC, and after relegating Juventus, giving Inter a Scudetto, what happened? He took over as Telecom Italia (the group doing the wiretaps) following his good friend Marco Tronchetti Provera's resignation. (Who decided to go back to Pirelli as their CEO) 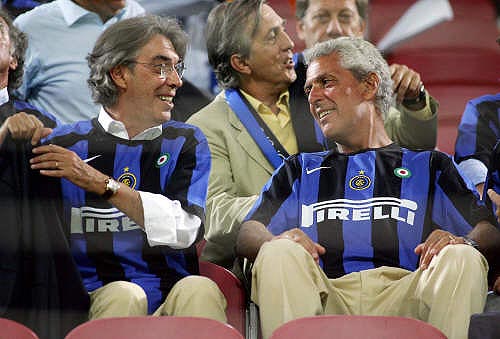 Trochetti-Provera and Moratti having a good time together!

Who is Tronchetti Provera? A long-time executive of Pirelli, current CEO, and member of Inter's CdA, their Board of Directors. Coincidence Tronchetti Provera "gave" Rossi the job 4 months after relegating Juventus? Maybe. Oh, and did I mention Guido Rossi was on Inter's CdA during the 90s, as well as briefly being their financial director during 06-07? Shockingly, there has only been resounding silence from Moratti, Rossi, Tronchetti Provera, and well, Facchetti is dead so we won't be hearing from him.

People are acknowledging that this is a real story, and that Juventus were unfairly slammed for our role in the plot, and Inter got off scot-free. A lot of people have wondered what might happen if this is formally reviewed- per Sandulli's comments, he suggests that the previous verdicts would remain, but that new trials for Inter, Cagliari, and a couple other teams might start. This would be some form of justice, but it is missing the point: Juventus were unfairly discriminated against in our role, and it is clear that if we contacted the referees and referee designators, every other team did as well, yet somehow our punishment was far more severe. (Maybe we'd win 08-09's Scudetto? Imagine that, if we did and Roma finished in first, Ranieri would have won two Scudetti with different teams, and we'd have sacked a Scudetto-winning coach.)

To go back to the original two points:
i. Juventus have made it public that they are studying the new case. Huge.
ii. As much as I thought the FIGC would attempt to cover this story, there's news that FIGC Giancarlo Abete wants a full review starting from scratch, which unlike Sandulli's wishes, might exonerate Juventus.

I thought that this trial might exonerate Moggi, but it'd never affect any of the teams; like many of you, I've read countless stories about Juve's innocence. I've read the court documents (in Italian) that got us relegated, and as I said in my piece on Calciopoli's positive effects from two summers ago, the Calciopoli trial was entirely horseshit, orchestrated by many at Inter. In the last week or so though, it seems that we're no longer the crazy conspiracy-theorists, and that there is going to be a real analysis of the trial and the evidence. To which I say thank god, and GIU LE MANI DELLA JUVE!!