A battle for nothing. Bari has settled in midtable, and so has Juventus. Neither have any real European ambitions, and both have avoided relegation, so the season is done.

Ten years. This is how long it has been since the last Juventus-Bari, if one excludes the Serie B parenthesis. It has been 10 years since the last time the piemontesi and pugliesi met in Turin. It was the 15th October 2000 when the two teams played against each other. On the 2nd match day, the encounter took place at the Delle Alpi. Under a heavy rain, the bainconeri won 2-0, in a match which saw Juventus finding it hard notwithstanding an early opener. On the 2nd minute Darko Kovacevic scored the opener which was doubled during stoppage time thanks to Zinedine Zidane from the penalty spot.

There is also, however, another Frenchman who remembers that match well. David Trezeguet, in fact, made his debut in the Serie A that afternoon.

The victory on that day in October was the 23rd out of 28 matches played in Turin in the top division since the launch of the championship on a one round basis. In addition, one can also include the 4-2 victory in the Serie B championship of 2007 with two goals by Nedved and one each by Trezeguet and Del Piero. It was a special match for the captain who played his 500th match for Juventus. Bari, up to now, can only boast of 5 draws, the last of which in 1999. The pugliesi are still searching for their historical championship victory. The only away victory for Bari in Turin happened in the Coppa Italia in 1984. 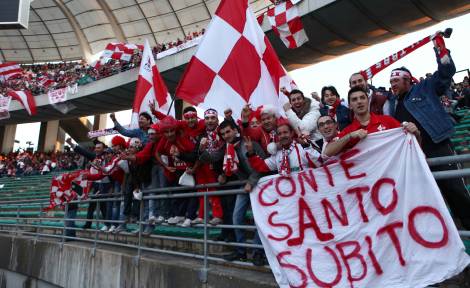 CONNECTIONS: There's a good amount of connections between Bari- Juventus legend Antonio Conte of course led them to the glory of Serie A last year. The teams have conducted a bit of transfer business, Juventus sent Almiron and Yago (oops) on loan earlier this year, earlier transfer dealings involve Matteo Paro (back in northern Italy at other-Juve-farm-team Piacenza) and Rey Volpato. Hopefully we will do some in the future with Ranocchia or Bonucci. There are two Baresi at Juventus: Nonno Chimenti, and Legrottaglie both who grew up in the Galletti youth system. 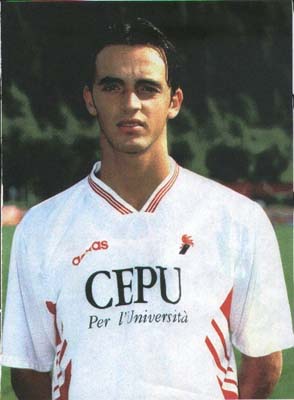 Read the preview of the andata, and the review. Not much has changed. Just like the andata, Giorgio Chiellini is not likely to feature, leaving us with Zebina, Legrottaglie, Cannavaro, and Grosso in defense. Note this comment from the review: I said before the game Bari’s players are pacey. Alvarez, Barreto, etc. Legro, and especially Cannavaro, were too slow for this game. And that was when young Molinaro and Caceres were on the flank. Tomorrow, if this lineup remains true, the average age of the defense will be 33. Which makes Buffon feel like this: 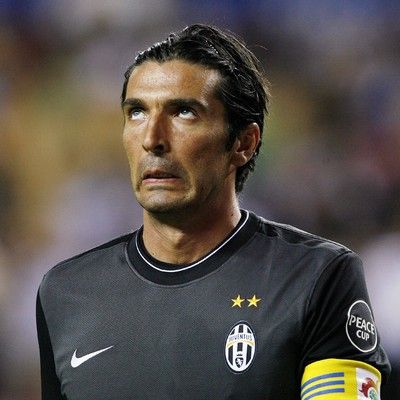 Rest of the callups-

You'll note Sissoko and Melo are both suspended, which I believe to be more a blessing than a curse. Camoranesi, Poulsen, Candreva, and Marrone all might get a shot, Marchisio might play out of necessity but he's recovering from a blow to the knee. Up top, we're screwed. Like last week against Inter, we can partner Del Piero with either a continously dreadful Amauri, or a Iaquinta short on form and self-confidence. Either way, it looks to be a drab game- slow defense, poor offense, and a thin midfield. At least, there'll be San Gigi and il Capitano on the pitch. 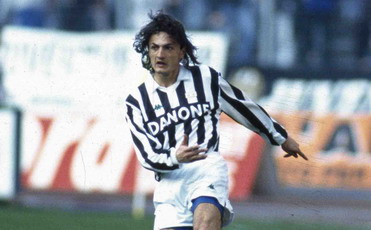 Andrea is always with us

Andrea Fortunato left us on the 25th April 1995, exactly 15 years ago. During the pre-match of Juventus-Bari, on the big screens at the Stadio Olimpico, a video dedicated to him will be shown. His brother Candido Fortunato will be present at the stadium aftre being invited by the club to commemorate Andrea together with Roberto Bettega, Fabrizio Ravanelli and all the Juventus supporters.

He was one of the most promising players in Italian football in the 1990s. Andrea Fortunato was considered by many as being the new Antonio Cabrini because he was doing really well in his already brilliant career thanks to a great technical ability and the enthusiasm of youth. Seeing him run on the left flank was a pleasure to the eyes even more so because he did not think twice about shooting at goal. “A pure leftie to let loose on the left wing, a cross machine capable of finding the striker and playing on the right”. This is how he was described by La Reppublica in July 1991 when he had not yet joined Juventus and was already a protagonist. The bianconero made it also to the national team, making his debut in Estonia on the 22nd September 1993.

Illness took him away in a beautiful year for Juventus, 1995, the opening of an extraordinary cycle. The pain of his demise accompanied the team throughour their days, because the bianconeri cannot bear such a tragic destiny and his team mates never stopped dedicating their matches to him.

Today, that 15 years have passed, the words of Gianluca Vialli on the day of his funeral are even stronger: “We thought you were invincible. In these last 11 months you were an example to us, in the way you faced real problems, not those linked to simple victories or defeats, with courage and serenity, strength and determination. We loved you and we carry you in our hearts. Honour to you, brother Andrea Fortunato” .

As a cancer survivor and one who has lost a sibling to cancer, Andrea Fortunato's tragedy is ever more poignant for me. I know this is unrelated to Calcio, but in honor of Fortunato, I would suggest making a donation, if you have the finances to do so, to the American Cancer Society. (or that of your country) If not, consider participating in a local Relay for Life rally, there are many going on in the late Spring.