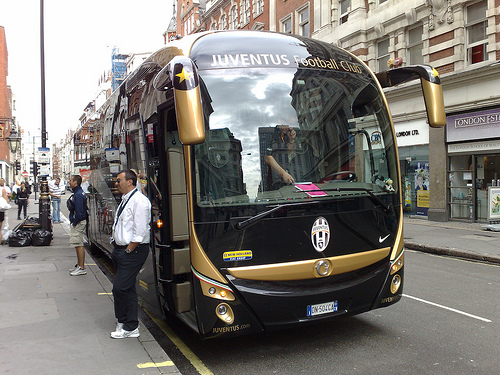 Juventus on tour
The season for Juventus will see its end across the ocean: after the end of the championship, in fact, the bianconeri will be embarking on a fascinating tour in the USA and Canada. The stages of the trip will be New York and Toronto. In the Big Apple, on the 23rd May, they will play against the New York Red Bulls, a Major League Soccer team. It is one of the historical teams of the American championship, known since 2006 with the name of MetroStars, a team which saw players of world class like Lothar Matthaus, Roberto Donadoni and Youri Djorkaeff.

At the moment, the Red Bulls are at the head of the Eastern Conference, tahnks to 3 victories and one defeat. The Major League Soccer started on the 27th March and will continue until October, and thus the match against Juventus will be between two championship matches: the home one against Colombus Crew and the away match against New England Revolution.

The match between Red Bulls and Juventus will be played at the Red Bull Arena, a futuristic stadium of 25,000 places that as from this season is hosting the home matches of the American team. From New York, Juventus will fly to Toronto, for the second friendly match of the tour: on the 25th of May, Juventus will play against Fiorentina at the Rogers Centre, a multifunctional stadium of 50,000 places which hosts baseball, Canadian football and soccer.

I just rebooked my flights back to Rochester (for a $150 fee!) so this damn ash cloud better clear up by then. I'm much closer to Toronto than NYC so I think I'll be going to Toronto, but I think the NYC atmosphere will be better- RBNY has a neat stadium, and the Rogers Center is a shit atmosphere for any sport, much less soccer. That said, we'll be playing Viola Merda in Toronto, so there will be a good rivalry here.

So who's going to Toronto, and who will be in NYC? We should meet up, grab a beer, and then see if we can get an organized section together.