Derby d'Italia: If You Don't Know Why, Don't Ask

Share All sharing options for: Derby d'Italia: If You Don't Know Why, Don't Ask

Bianconeri fans would like nothing else more than to impede Inter’s progress in the race for the league title anything really, if Juventus didn’t have a chance at winning it ourselves any longer. Well, we’ve been out of every race for a while now, but the opportunity to stick it to our hated rivals has finally arrived. Friday in Milan, the Derby d’Italia will take place amidst a different atmosphere full of the latest developments regarding the "ramshackle" that was Calciopoli which has brought this derby’s intensity, from a fan’s perspective, to record highs.

Speaking of Nerazzurri supporters, of whom some can’t help themselves but read and comment on this blog, let’s be honest with one another for a moment here. In light of the new developments being heard about Calciopoli inside the hearings in Napoli, have any of you felt a level of uncertainty with regards to the legitimacy of your 2006 championship? Didn’t think so. Moving on. 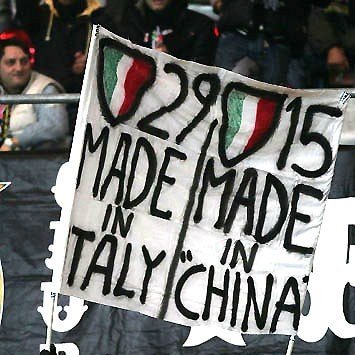 In the call-up department, Zaccheroni has regained the services of Sissoko, who had missed last Sunday’s match against Cagliari due to suspension, as well as Diego who returns to the line-up after missing a couple of games due to injury. Trezeguet, who pulled up in training on Wednesday with a muscular strain in his left thigh, will sit this one out along with Grygera, who’ll be absent for three weeks or so with a thigh problem as well. Caceres and Giovinco will also be unavailable for the match at the Meazza, the latter sidelined for the rest of the year with a muscular problem in his left leg.

My first thoughts on hearing of Deigo’s return was somewhat mixed. Although he’s called-up, it’s unlikely he’ll start seeing as he’s just returned from injury. Also, noting Zaccheroni’s obsession with the 4-4-2 recently and his love for playing three defensive midfielders at one time, it’s obvious that Alberto will most likely sub him in during the latter part of the match as a left or right wide midfielder, as our options in that area of the pitch are glaringly weak. Probables:

Truthfully speaking, we have no serious threat on the wings going forward, none. Who’s going to keep Maicon honest? Against Roma, there was Vucinic. Against Fiorentina there was Vargas. Against Juventus, there’s, Marchisio? Sadly, Giovinco is out for the year, Candreva has mysteriously fallen out of favour, and Zaccheroni will never consider playing the young Fausto Rossi the way Ranieri did a year ago, to descent success may I add. 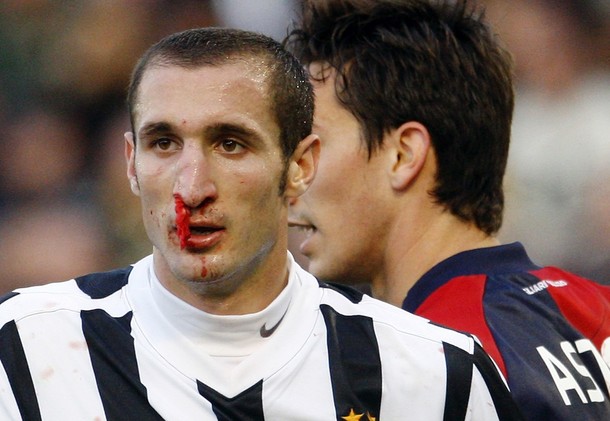 Definitely a piece of brain.

In all honesty, our only offensive threat that Mourinho will not be able to counter this evening are our advancing centre-backs, namely Giorgio “of the jungle” Chiellini. If Zaccheroni was feeling a little cheeky even, he might field Amauri and Iaquinta in the line-up together, only to act as a decoy in order to draw Lucio and Walter Samuel away from marking our defenders easily in set-pieces. Luckily for Juventus, both Legrottaglie and Chiellini are great in the air. Cannavaro not so much.

Going back to Fiorentina and their match with the Nerazzurri in the Coppa Italia a couple days ago, Mourinho finally tried his hand at some squad rotation, unfortunately for us. That means defender Walter Samuel, el principe Diego Milito, the wonder boy Wesley Sneijder, and the in-form Samuel Eto’o, have all been sufficiently rested so Mourinho can’t use fatigue as an excuse. Probables (courtesy of Johonna):

Juventus can, if not come away with a few points here tonight, hand Inter one of their biggest physically demanding fixtures all year. Unlike the Nerazzurri, we’ve been resting, focusing on our individual tasks ahead, while patiently waiting for this moment to come all week. Even if they aren’t thinking of Barcelona, tonight Bianconeri tifosi, we test their muscle and spirit as they attempt to stake their claim, for another year, as Italy’s best.

“Give them nothing, but take from them everything!”