The Worst Ever Season?

Share All sharing options for: The Worst Ever Season?

In the comments yesterday, Romabaha said we were being overdramatic about the season, given that we are only 3 points from a CL spot. I figured it deserved it's own post. So why is this such a dreadful season? All the reasons after the jump.

First, the injury crisis. I won't go too far into this, because it's well documented, but the unprecedented amount of injuries have robbed us of continuity, talent, and well, it saps our morale.

Second, we may be only 3 points from a Champion's League spot, but our form means we aren't going to get it, it was all from a great start to the season. Over the last 4 months, we have 9 losses, 5 wins, and 3 draws. 18 points out of a possible 51. If we started the season that way, we'd be looking at finishing at 40 points, which is the magic number for avoiding relegation. So over the last 4 months, it is not an exaggeration at all to say we are playing like a relegation-battling team. 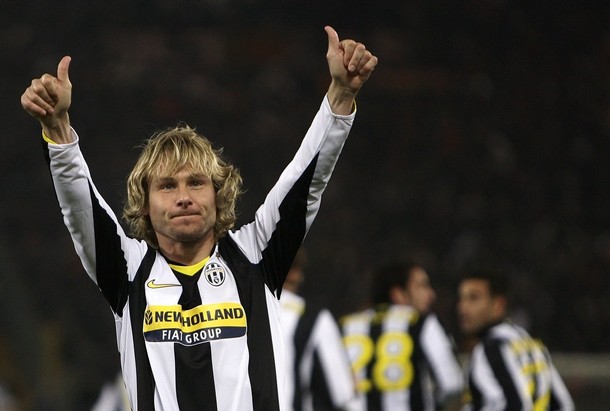 Third, our play in general is awful. We are leaking goals like crazy. For a team that always prides itself on defense first, that's horrible. We have not kept a clean sheet in 17 games, the all-time record for Juventus is 18 games in 1954-1955. We've conceded 43 goals, nearly double Inter, and the 6th worst defensive record in Serie A. Our offense looks static and uninspired. Trezeguet bangs in the goals, Del Piero's form is conditional on how rested he is, Iaquinta is constantly injured, Amauri is just shit, and Diego isn't scoring as freely as we expected. Absolutely dreadful on both sides of the pitch.

Fourth, the losses keep mounting. Kinda the same as point #2, but these stats deserve their own point. We have lost all 6 games against teams from southern Italy thus far. The club record for the most defeats is 19 in all competitions (15 in league play), with 70 goals leaked, in 1961-1962. Thus far, we've lost 11 in the league, and 4 in all other competitions, leaking 58 goals. Our goal differential in the league is 3. So we're only 4 defeats and 12 goals from matching our worst ever season. 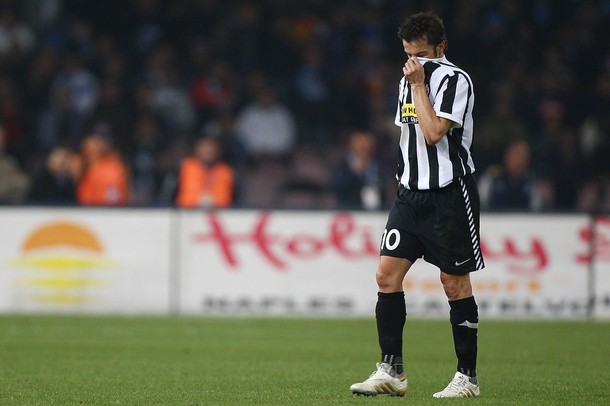 Fifth, the losses are bad and all, but particularly galling is the way we're losing them. We've been booted out of Europe, twice, when we had our foot into the next round. We lost to both teams 4-1, having scored first. We score early, then concede like mad, hence the Napoli disaster. We lost at home to a shaky Milan 3-0. The team looks beaten, and there is no longer the legendary never-give-up Juventus spirit. In the last few weeks, we've been thumped by Napoli having gone ahead first, beaten by a goalkeeper's error, and conceded 3 after going up 3 in 10 minutes. It's hard to imagine more disgusting ways to give up matches.

Sixth, is the way of course the season started. Last season we finished 2nd, we spilled out millions of euros this summer mercato, signing big names- Felipe Melo, Diego, Grosso, and Cannavaro. And for the first two months, it looked like we were entering a new era for Juventus. Diego was playing brilliant, Cannavaro was back to his old self, Melo was proving me wrong, and Grosso was actually playing well. Flash forward to today. We aren't winning, and our transfers have all been pretty crap. 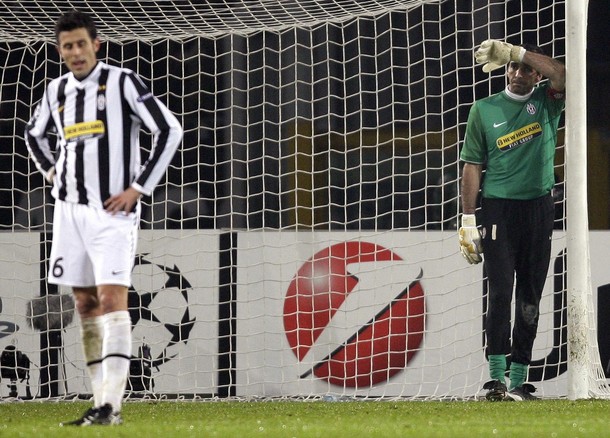 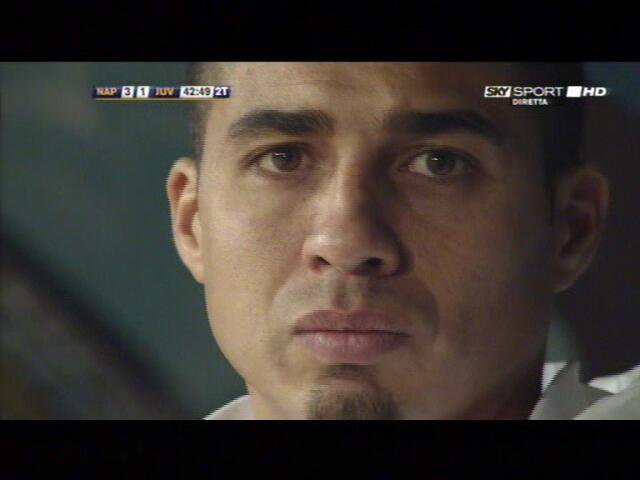 Their faces say it all.

Lastly, it's the way the Old Guard is leaving. These guys are heroes of Juventus, some of the greatest players ever in our history, and not just for their performances on the pitch. Nedved, Del Piero, Buffon, Camoranesi, Trezeguet, all deserve to be retiring at the highest level, fighting for the Scudetto and the Champion's League. Nedved retired last year, silverwareless for 3 years. ADP, Trez, and Camo all look set to move on or retire in the next 2 years, and the looks on their faces against Napoli was heartbreaking. Of the Old Guard, the only one who will be at Juventus for a while longer is Gigi Buffon. Let's hope we don't disgrace ourselves for when he leaves.

I'm tired of constantly being beaten, I'm tired of assholes wearing our jersey, I'm tired of losing on comebacks, I'm tired of leaking goals endlessly, but most of all...I'm just sick of the season. I think I speak for us all when I say I wish this season would just end now, whether we are in 5th or 15th.