The Aftermath of Fulham

Share All sharing options for: The Aftermath of Fulham

There's a lot of issues at Juventus right now. The humiliation to Fulham, the inability to maintain a lead, and more personal, the Zebina-Melo incidents with the tifosi.

Before the disaster even began, at training the fans chanted against Zebina and Melo. At the end of the match, as you may know, Zebina was heavily jeered again by the fans having been sent off. There was a second player who received heavy criticism from the traveling fans (and had often in the past) but it wasn't Felipe Melo, it was Cannavaro. I don't like Cannavaro and never will, but he is a classy person. He's dealt with a lot of criticism since returning to Juventus, but never lashed out in the way that Melo and Zebina have, simply, because he knows it complicates things immensely.

The team returned last night to Caselle, Turin's airport, and were welcomed by a few hundred tifosi who jeered the team. Leaders of the fans met with Del Piero and Bettega, and while the humiliation at Fulham was discussed, the primary topic was in fact Melo and Zebina's disgraceful gestures and whether any action would be taken. Bettega and Del Piero did not give any specific responses, and the fans promised that they would not protest at Vinovo, though they reserved the right to do so away at Sampdoria. However, a few showed up to erect a banner saying, "You do not deserve our love, be ashamed of yourself."

Today, in a brief interview, Melo complained, "In London I ran hard and fought, what do you want from me?" (Hint: A decent performance, you jackass) And "This cannot continue, we received more applause from Fulham fans than our own." (Maybe because you just gave them their team's best-ever result, and gave us a giant turd) This morning at Vinovo, Blanc and Bettega met with the team for a long time, and warned the players of their behavior, saying that what had passed was unacceptable. A double-aimed message was posted officially on Juventus.com, with the translation below. 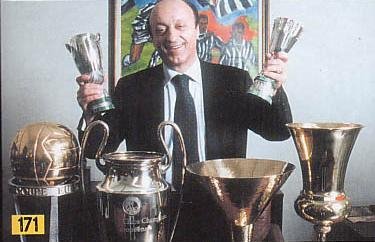 At the end of training today, the President and vice-director General formally called into question some of the players, so that in the future they do not repeat events such as those that happened at the end of the last few games. Frustration for a very disappointing result does not justify behavior which increases useless tensions, hurting the image of Juventus. The team needs to find the maximum compactness on the pitch, and enjoy the full support of their own fans, who's contribution is decisive for finding the confidence necessary to overcome these difficult moments.

One can read a condemnation of Zebina and Melo in there, but also one of the fans. For me, this isn't satisfying. Jeering Melo and Zebina isn't necessarily right (I'd jeer JZ if I was there, but not Melo) but their behavior is unacceptable and a verbal and formal reprimand is not enough. Both need to be suspended for a few weeks and receive a massive fine, one hopefully in line with their grossly overpaid salaries.