What an odd weekend for Calcio. Inter gets thumped by Catania, both Roma and Juventus are held by relegation-battling teams in 3-3 draws, Genoa and Cagliari have a high scoring battle, Udinese sinks Palermo, and Lazio step closer to Serie B having been comprehensively defeated at the Stadio Olimpico by Bari. I love Serie A. I do not, however, like drawing 3-3 with Siena at home. 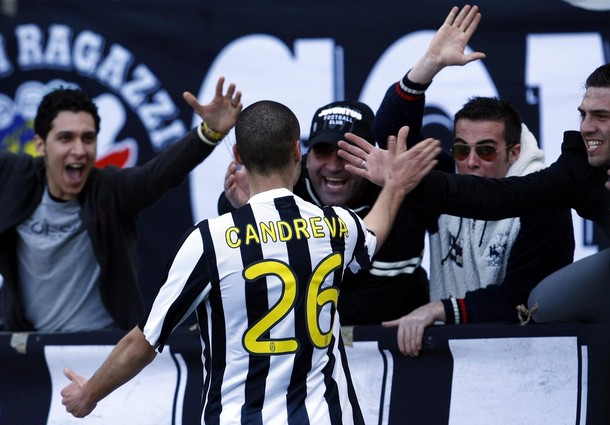 In contrast to Felipe Melo...

There were two more injuries that hurt us today- Legrottaglie went off (thankfully, as a precautionary measure) and was replaced in the center by Grygera, and Manninger missed the match (does anyone know why yet?) and was replaced by the 39-year old Grim Keeper, who has not played a professional game in 2 years. That said- clearly, the injuries were not the reason we drew. Legrottaglie addressed it in his comments after the game, that it was the fault of the team together and not Grygera individually. Obviously, he's trying to keep the blame off his teammate, but he's got a point.

The problem was after going up 3-0, we just simply turned off assuming that was good enough, but Siena knew there were 80 minutes left. I'm sure plenty of the players were already thinking about traveling to England later this week, and that lapse in concentration let Siena back into the game. The injury count, by the way, I believe is up to 58. A friend of mine posted that the last two seasons had a total of 75, assuming it was evenly distributed between the two, we're currently at a 55% increase, and there's plenty of the season left.