The Best Laid Plans of Mice and Men...

Share All sharing options for: The Best Laid Plans of Mice and Men...

The last few weeks it looked like we had perhaps turned a corner under Zaccheroni, unbeaten in a handful of games, a few decent performances, and most importantly, a few W's to chalk up on the board. That all came down in an utterly mediocre and uninspiring display at home against Palermo, who have now defeated us 4/6 times since our return to Serie A, which I believe is the best record against us. Full review after the jump. 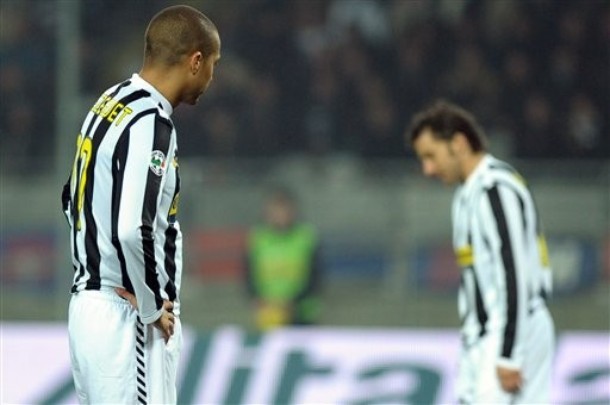 Manninger: 6.5- Last few games he's looked a bit shaky, but no such issues here. A few smart saves, and had no chance on either of the goals.

Grygera: 4- Though he looked tired, he had a decent game, and then a horrendous, horrendous error. At that point in the game we maybe could have at least drawn, completely killed off the game.
Cannavaro: 5- Still don't think he's playing as well as Legrottaglie, and CalcioMercato agrees- "Cannavaro non è più a livello di Legrottaglie." He failed to close down Miccoli for his brilliant goal. Scored a goal.....but it was ruled offside, so the only goal he has scored for Juventus since returning has been against his ex-club, Real Madrid, in his best traitor fashion.
Chiellini: 7- Physically dominated the defense, and when we went down, he started imposing himself in midfield, too. Such a shame he has to play around such clowns.
De Ceglie: 5.5- A decent game. His passing was a bit off at times and he got roasted once by Cassani, but it was adequate.

Candreva: 5.5- Tried hard, but that's not enough. Everyone in midfield seemed to tire in the 2nd half, but he seems to disappear in EVERY 2nd half. Frustrating.
Sissoko: 6- Fought to the end, in a typical Sissoko performance. Good pressuring, played well as a mediano, but it is mind-blogging to think he started his career as a striker.
Felipe Melo: 6- A decent game, recovered a number of balls but clearly was tired from the Ajax game in the 2nd half. Zaccheroni identified Melo, Chiellini, and Diego as players who have been playing constantly since the beginning of the season and need rest. 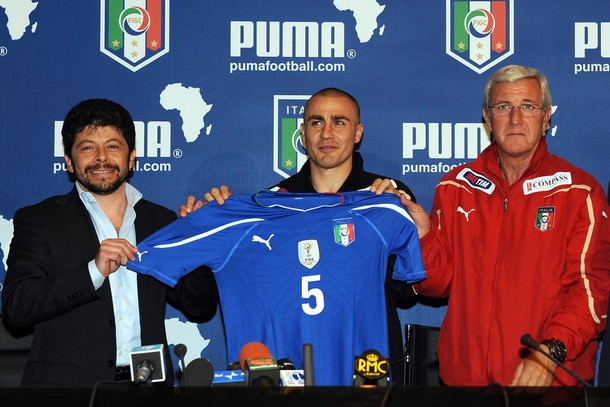 Diego: 5- Poor decision making, and as someone in the comments said, for some reason it all comes apart when he hits the 18-yard box, there he weakly shoots or makes the wrong pass. He seems tired, and with a new coach who recognizes it...maybe Gio would get a shot right now if he wasn't injured.

Del Piero: 5- The problem with our offense yesterday was simple- injuries continued to screw us over. Don't get me wrong, Kjaer played great, but ADP has played 5 games in 14 days because Giovinco, Trezeguet, Iaquinta, and now Amauri have all been out at some point or another. He's a great striker for once a week, but fatigue caught up.
Trezeguet: 5- It isn't great to tell a striker "Hey, welcome back from 2 months out, now go play 165minutes in 3 days" and hope he can immediately get back to his spirit. Not back in form, and with ADP and Diego playing poorly, there was little hope he'd score.

Zaccheroni: 6- Injuries are taking their toll, between the players out and the players who cannot be rested. Little he could do, though I did want to bitch slap him for the Zebina substitution. 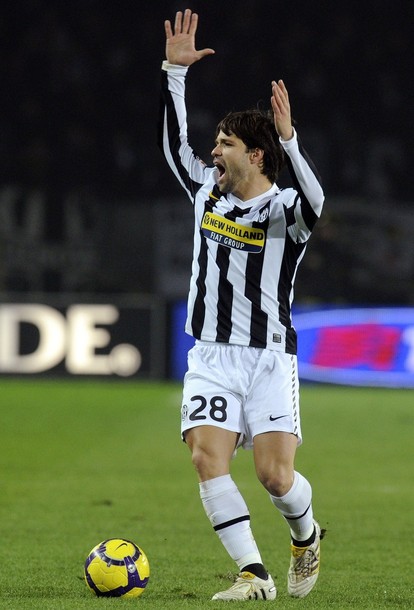 "Why is no one wishing me a happy birthday?!"

Things I think I think:
#1- Why I can't blame Zac for the loss: Surprise surprise, it's the same reason why Ferrara took too much heat- the injuries. Our bench was 3 old defenders, and 4 young youth/inexperienced players- Pinsoglio, Marrone, Immobile, and Paolucci. Palermo had Goian, Blasi, Simplicio, Budan, and Cavani. At first, I was annoyed by his decision to start Cannavaro over Legrottaglie, but then I figured it was to give Legro a break, who isn't 25 anymore. The decision to throw on Zebina for Diego was strange, why not Marrone or Immobile? 51 injuries thus far, and counting.
#2- I am growing to hate Palermo more and more. How could we have fixed this loss? Kept Balzaretti, Cassani, Nocerino, or send them to Serie B, and keep Miccoli in Portugal, this is horseshit. Great goal alla Del Piero from Miccoli, though. I'm also sick of them beating us, and then getting bent over by Inter, Roma, Bari, have your pick. Seems like half of their season is spent gunning for us, maybe in an effort to woo Sicilians to their team.
#3- Zamparini can never be satisfied. Despite defeating Juventus 2-0 in Turin, with excellent performances from the team and the arrival in 4th.....he opened his mouth today. His complaint? The Gazzetta's player ratings.
#4- We've conceded more goals than half of the table, the 8th worst defense in the league. As it has been for the last 3 years, the mercato priority is DEFENSE DEFENSE DEFENSE. 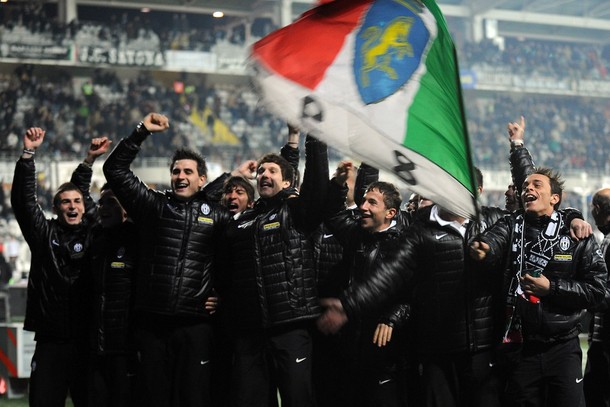 This was nice- during half-time the Primavera celebrated their Viareggio trophy with the crowd.

#5- Reports say we've signed Kevin Kuranyi on a Bosman this summer. My response- "Are you f***ing kidding me??" This guy is a carbon copy of Amauri- He's Brazilian but doesn't pretend to be, he's mediocre, and he's got terrible hair/facial hair. You've gotta be kidding me. Before we sign Amauri 2.0, let's get rid of the original. (Two words, if we are going to spend money on offense: PAZZINI, BITCHES)
#6- Despite having a terrible season, despite not being competitive for the Scudetto in the last 4 years, we're the richest club in Italy. (Add in that unlike Roma, Milan, and Inter, we don't have large debts, and we're even better off) Now if only we could start spending that money wisely.

Alessio's Shitlist: A new Juventus Offside feature where the bottom of the barrel get featured in a sort of "Wall-of-Shame" and remain here until I deem it fit to remove them.
-Amauri: Until he gets some sort of consistency, which won't be for a month or so. Rumors he'll get his passport soon, which hopefully will not go a long way in taking an inconsistent injured overrated Brazilian to the WC.
-Candreva: I am relatively unimpressed by his tenure here, and there is no chance he is worth 17million euros.
-Cannavaro: Obviously I don't like him, and he's playing pretty crappy. Can it be June 1st, please?
-Grosso: We have his contract for 2 more years? Does Gallipoli need a left-back?
-Grygera: I think he's a capable reserve...but that kind of backpass isn't going to help his cause. Blah.

That is all. Hopefully better times are ahead....and soon.