Share All sharing options for: Juventus vs. Genoa: Reality Check

Hope for a top four finish this year is fading fast. The boys need to get their stuff together in a hurry (seriously this time) before Sunday's game against Genoa if they're planning on making room for Juventus in any discussions next year about the Champions League, or the Europa League for that matter, come early May. The task in front of the Bianconeri this weekend is Gian Piero Gasperini's side who, like Juventus, stand at thirty five points in seventh place. A tricky fixture for either coach, especially considering both teams are sandwiched in the middle of eight others, separated by eight points.

Standings aside, Sunday's match also presents many interesting tactical challenges each team should expect to encounter on the field of play. For Zaccheroni, seeing as how Juventus played against Livorno last weekend, he has his work cut out for him as Gasperini's men already run a tight ship and don't need any help with their movement off the ball in defense and attack. For Genoa, seeing as they have an equal opportunity to progress in Europe, they must battle with the notion that Juventus will eventually win a game. We will eventually win a game.

We begin with the obvious. Our midfield is a giant mess. Let me take you back to two years ago when all we were wishing for that Christmas was a clever final ball into the box. Fast forward to this year, and not only has Santa Claus given us nothing but coal for the last two seasons, but in addition, the Grinch stole some of the quality out of our squad since then. I think it's fair to say that we have much more to worry about now than just a clever final ball. We miss you Pavel. Let's hear what the Zac has to say about our situation in the middle of the park: 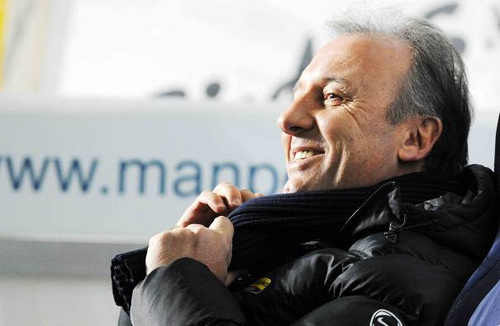 "We are also slow in moving the ball around, which makes us predictable. The midfield is a problem that this team has had since the start of the season. If a move starts badly, it'll end badly. I am confident I will be able to solve it, but not in the space of a few days."

Certainly time isn't on Zaccheroni's side but at least he understands what the problem is, nevermind if he indeed knows how to solve it. Against Livorno, Juventus reared it's ugly all-to-familiar 'long-ball' head again after several attempts at starting a move along the ground failed with remarkable ease. No one needs to see Cannavaro make a two feet pass to an unmarked Melo who tries to release Amauri half way down the field ever again. Let's try to explain in detail what I meant by "giant mess" in regards to our midfield before we talk about any solutions, with reference to an article alessio brought to our attention a few weeks back after our loss against Roma:

"Juventus, however, were equally as toothless, and their shocking lack of width in attacking areas was obvious all too often. Juve’s problem is that, in Amauri, they have a striker who absolutely thrives on crosses. If they have no-one looking to get to the byline and centre the ball, Amauri ends up simply holding the ball up, and praying for runners that all too often failed to arrive. The diamond in midfield simply doesn’t suit Amauri’s game.

Their second problem was the gap between the midfield and their forwards. Diego is perhaps not a classic trequartista like Totti – he likes to drop deep into the centre of midfield, and often retreats towards his own goal when in possession. The effect of this is that the next ball becomes so difficult – especially if he plays it to one of the carrileros [shuttlers], the two who generally make forward runs when off the ball. The result is either a long, basic ball to Amauri, or a difficult ball to Del Piero, who found it difficult to get any space on such a narrow active field of play."

In short, giant mess. Against Genoa, Zaccheroni's men cannot have the same disconnect between their defense, midfield, and attack if they want to give themselves a chance for victory at home. Resorting to "basic balls" made hero's out of regular men in Roma's Mexes and Juan, Livorno's Knezevic, and will do the exact same for Genoa's Dainelli and friends on Sunday. 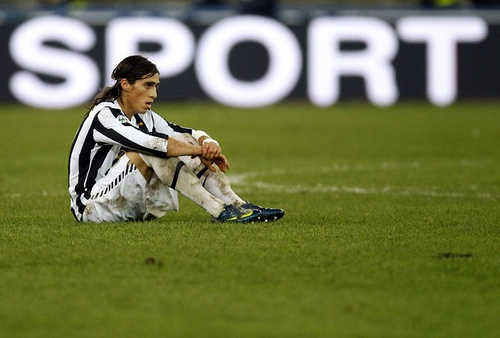 This week, it'll be imperative for Juventus to 'up' the difficulty for their opponents with, for example, back post crosses. That of course, will depend on our midfielders and full backs. In Zac's 3-4-1-2 system it will be interesting to see if Caceres and De Ceglie can target Genoa's full-backs and play deeper in their half than Rossi and the 50% owned Criscito can in ours. Support for either cause will have to come in the form of overlaps, and seeing as Grygera will get the nod at right back instead of Cannavaro, there's a better chance of that happening. Still though, advantage Genoa.

Although it sounds like a tall order given the hopelessness in our play in recent history, Juventus will have to find a good balance of wing play and up the middle ground attack. The benefit behind it obviously is that hopefully the added focus on crosses with width and depth puts Amauri in play, and it also decreases the congestion in the centre of the pitch or widens the "narrow active field of play", so Del Piero and Diego can have more space to operate. However, perhaps that's too tall an order for this team until Camoranesi's back.

In any case, this Sunday Juventus' tifosi will have a much better sense of the quality of coaching leading their side. Zaccheroni will certainly be measured by how well his men have improved their positioning and movement with/off the ball, as a result of, if he has been able to affectively communicate to his players what needs to change and how. We certainly have the quality in our team to play better then we have in the past, we just need to find better direction. 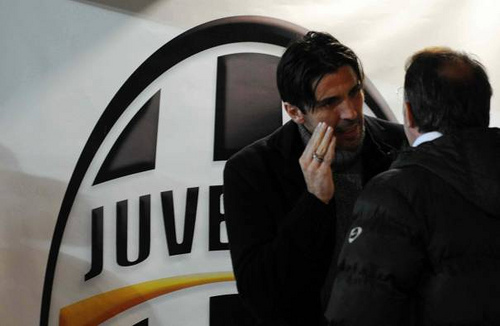