Do we need a striker in January?

Share All sharing options for: Do we need a striker in January?

The big mercato discussion for Juve recently has been the hunt for a striker. It's a fun position to banter around, but there may be some real substance behind it. Without much money, it would likely be a 6-month loan, before the search for a big name begins next summer.

Last summer I argued we didn't need another striker beyond Quagliarella, Del Piero, Amauri, and Iaquinta, because the S****** was impossible and that group was "good enough" to make 4th place. I stand by most of that, in that those players as a whole are capable enough to get us into the Champions League. However, as much as I don't want to discuss the S****** topic too much, it's becoming more and more clear that it is far more wide open than we expected. As much as I thought Rafa would ruin Inter, he's doing it far more efficiently and quicker than I ever dreamed. Milan went the Juve 2006-2010 route and avoided any kind of investment in defense, preferring to spend money on shiny new toys up top, and that showed with less than impressive players like Bonera and Yepes lining up yesterday. It seems that the S****** is actually a possibility. 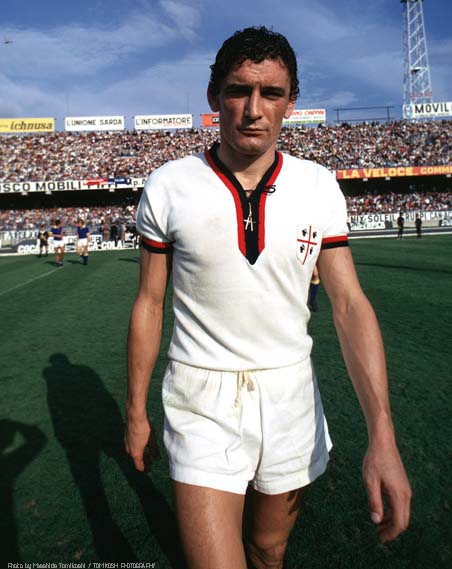 So the question is, do we need a striker in January? If we're sticking to our target of Champions League football, then no. If we dream of battling it out for the S******, then I believe yes, and particularly one in the prima punta role. Amauri, after all, is not only worthless, but effectively injured all season. Iaquinta is of course rather injury-prone himself, and isn't exactly the most clinical of strikers. Quagliarella can play capably up there, but it's still not his natural role. We may have the best attack, but as I said on "It Ain't Over Till the Old Lady Sings" that is irrelevant if we are shipping 4 past Lecce, and struggling badly against Brescia and Bologna. The defense has tightened up and while not perfect, is functional under Delneri's rigid coaching.

That's what is slowing chances of a S****** challenge right now- the inability to score against smaller teams, something that we encountered often under Claudio Ranieri. As I said, Amauri has not been playing and if we are going for the S******, I'd rather keep it that way, so that leaves Iaquinta as the lone center-forward. There's a lot of things that could go wrong: injuries, fatigue, poor form, or just wasting chances as he often is. And that's why I strongly feel if we want to battle for the S******, we need to swoop in for someone on loan in January. Mind you, it's a loan. It's not a permanent solution, so we aren't going to be trying to loan a huge name, rather someone who can step in and score a couple of goals when we need them to. The names most commonly mentioned recently have been Crespo, Di Vaio, Matri, even Trezeguet, who are mostly aging strikers still capable of few goals.

Personally, I think we should do it- the risk is relatively low, unlike signing a player to a 5-year contract worth a hefty 4.2mil a year, there is no work for Marotta to get rid of the loan player. Whether they do poorly, do average, or do well, we will likely buy a real striker this coming summer and thus, there is no messiness of forcing them, oh, say, to Atletico but only on loan for the 2nd time. Assuming we pay around 500-600k in salary and maybe equally as much to a club for the loan spell, we're looking at a 1mil exposure for something that could potentially make the difference between 2nd and 1st place. Who we should be looking at is another debate (of which I'd love to hear your thoughts) but I'm firmly in the camp of "Marotta needs to be smooth talking some DS's right now."