Serie A on Strike- Who, Why, and When?

Share All sharing options for: Serie A on Strike- Who, Why, and When?

So unless you've been living under a rock, you know that there's a rather contentious Collective Bargaining Agreement being negotiated in Serie A right now. The AIC, the Italian Players Association, has refused several of the clubs demands, and have threatened to go on strike this weekend. The Italian Calcio Federation stepped in this week to attempt to arbitrate, but nothing of progress has happened yet.

There are two main sticking points remaining, and Abete attempted to set them aside, but Lega President Beretta refused to omit them from the debate. It's a new issue, because Serie A split this season from the rest of the leagues, so they are handling their own CBA for the fisrt time. The first issue is rather simple, and that is a healthcare issue. Currently, if players seek a second opinion or treatment from doctors or a clinic other than their clubs, the team still foots the bill. The club wants to change it so the players foot the bill, which makes very little sense to me, effectively discouraging them from using anyone but the club's medical staff. 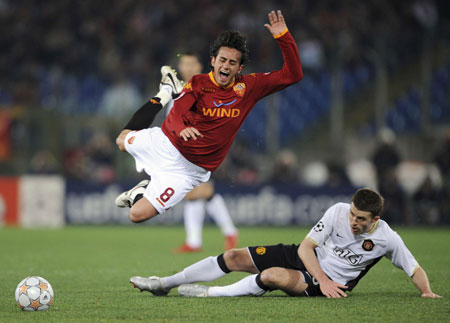 Reasons why players should have the right to free outside health care- Aquilani at Roma, and this minor chain of events. When he left Juventus, Zebina blasted the clubs medical staff, complaining that it left him always injured, did not seek the right treatment, or pushed him back too soon. Camoranesi's agent slammed the club doctors last December when he had a serious hematoma. When he was wearing Bianconero, Cristiano Zanetti suffered multiple consecutive thigh strains, clearly indicating the muscle had not fully recovered. Simply put, for years, our medical staff was clearly incompetent. One would think the club would welcome a player doing his best to stay fit and available for selection, but evidently they want to cut potential costs instead.

It's easy to say "well, why don't you get good doctors?" Romanistas wondered that for years. So did we, despite never ending injury issues, nobody did anything about the problem until Andrea Agnelli walked in, took names, and kicked ass. This summer he let the entire medical staff go, and hired a brand new team. (He also fixed issues at Vinovo, but that's a slightly different topic) That's great for the players we have now, but perma-injured departed players like Zebina, Cristiano Zanetti, etc, really needed to see outside doctors. They didn't, and under the new plan, they'd only be further discouraged by the possibility of rather high bill. I'm with the players on this.

The second issue is more complicated, so here's Serafino Ingardia's explanation and argument in favor of the players-

The main issue behind the strike regards player contracts and the possibility for clubs to end them without questioning a player’s desire. It basically means that footballers are forced to accept transfers to other clubs as long as the contract conditions are the same and so is the level of the team.

The league also wants the right to force unwanted players to train separately, whereas the players want to be able to stay with the group.

The first problem with this is simply one of definition- How the hell do you determine what clubs are "level" with one another. Is it placing in the league table, or historical league finishes? Is it attendance, or the size of the fan base? Is Sampdoria a "level" club with Juventus because they finished ahead of us last season, or are they higher because they were in the Champions League? Is Bari, with its large amount of support equal to say, Chievo? Absurdly hard to agree on what is a "level" switch, for example, I find it hard to believe even with this rule that Juventus could make a case that Brescia is equal to ourselves, if we tried to force Grosso there. 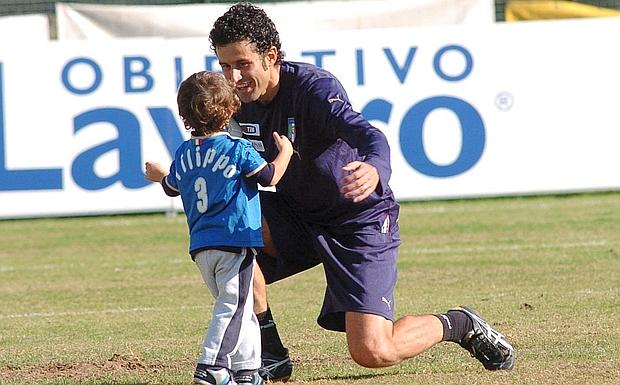 Does Grosso want little Filippo to grow up in Birmingham?

My main problem with this is a moral one, and I completely agree with Sig. Ingardia. They may be millionaires, but they are people, not machines. If Salihamidzic doesn't want to move to Russia, he shouldn't be forced to. If Grosso doesn't like living in small town Brescia, he doesn't have to. And this is only considering the players, many of them also have families. That was the reason, for example, that Christian Poulsen turned down a lucrative, long contract with Fenerbahce who was playing in the Champions League. His family did not want to move to Turkey. Ultimately, it's not Fabio Grosso's fault that Secco signed him to an absurdly long contract, I was for his signing, but thought 3-years was ridiculous. And that's the issue here, is clubs recklessly signing players to long, expensive contracts when they shouldn't be. (Cue Amauri roaring like Chewbacca)

There's a relatively simple solution here, one that the clubs surely won't like, but a fair one nonetheless. Just as the introduction of recission clauses solved the problem of players being held against their wishes, the opposite can be standardized into contracts. The club can give themselves the right to rescind unilaterally a players contract, whenever they'd like. It will require sacrifices from the club, the player will surely demand a higher salary in exchange for giving this up, and they'd probably have to agree to some form of payout if the contract was rescinded. It'll decline as the contract progresses, so perhaps players would be eligible to a certain percentage of their remaining salary. If you signed a player to a 3-year contract at €3m a year, say you fix it at 50%. Year one, you'd owe him €4.5mil to tear his contract up. Year two, €3m, and the last year, €1.5m. As you can see, I'm also with the players on this.

The other segment of this same sticking point is the right to train with the team. On this, I'm with the clubs. There's 25-30 players at a time, and first, they can't all be made to train together at the same time even if they are in favor with the team. And secondly, if a club wants to freeze a player out of the team, it should be their right, too, be it for contractual reasons or disciplinary. It's a bad idea to have a player allowed to train with the group if he's a disruptive element.

It's interesting to hear Luciano Moggi's position on the debate- as a DS, he dealt with players refusing transfers on a number of occasions, a few players even ended up suing him, alleging that he threatened them with violence if they didn't move. (all charges were dropped against him) He spoke about it this week, and agreed with the players that clubs shouldn't have the right to unilaterally force a player to transfer, a bit surprising. Moggi then maintained that clubs had the right to force a player to train separately, he mentioned Miccoli saying that he tried to kick him out of the club, but didn't want him disrupting the group if he refused. Moggi states that "When a player is no longer desired by a club, it needs to be him himself to understand the situation. Players are not dependent on anyone, they are privileged people who earn a lot of money, and so if a manager wants to make him train separately because they aren't of use anymore or they refused a sale that benefited both parties, the player must accept to train aside. You absolutely need to find an agreement between all three sides in a transfer, also because a unilateral sale doesn't work."

However, as much as I agree with the players on these two points, striking is the wrong way to go about protesting, and it only harms the players point of view much as the MLB strike in 1994 severely set back the players position...and baseball as a whole.