Seahorses Shoot Themselves In the Foot: Juventus 3-1 Cesena

Share All sharing options for: Seahorses Shoot Themselves In the Foot: Juventus 3-1 Cesena 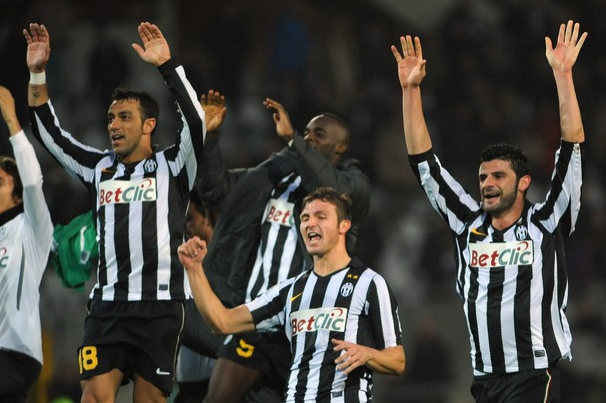 On behalf of the Juventus Offside, a very warm "thank you" to Cesena for gifting the game to us.

Given our injury situation, our still rather delicate morale, we needed a win, and 3-1 suffices nicely in a game where we have an 18-year old kid playing center-back alongside a still rather inexperienced center-back. Of course, Cesena didn't start out that nicely, they took the lead after 11 minutes after our defense was generally caught napping. But a penalty (and yellow card) from Pellegrino put us back on track, and when Pellegrino was sent off for a crappy hack on Pepe, the game was over. Cesena folded up shop, attempted to play 10 9 men behind the ball, and let us dictate.

So in that sense, maybe this isn't a victory we should celebrate. But I'm going to, you know what? The injury situation is bad enough, and that's two wins in a row in Serie A, something we haven't done yet this season. And a decent motivation boost like Milan, that despite all the injuries and reasons we should be drawing to inferior teams, we're still coming up with the points. We need to carry that to Brescia, and do the same, unlike Inter who dropped 2 points at home in a similar injury crisis. Bring it on, Zebina and co. 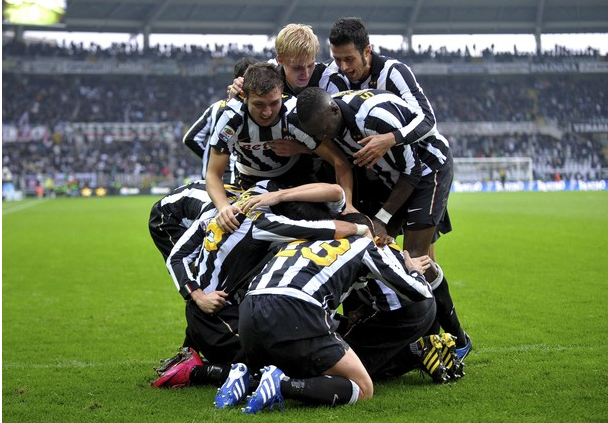 Storari: 6- Marco had to do nothing for most of the game, other than pick the ball out of the net. And then made a good save about an hour later. Remains plenty attentive even when there's not much going on, signs of being very mature.

Motta: 6- Wasn't totally impressed with the performance, he struggled real bad in the beginning with Giaccherini, but grew a bit more into the match. An average performance, let's hope he grows with the plenty of time he'll be getting.
Sorensen: 6- Nerves clearly got to him in the first 15 minutes of the match, which is totally understandable for an 18-year old making his top flight debut. After that, Bonucci and his formed a capable partnership.
Bonucci: 6- Still plays around with the ball too much on occasion. We all wondered if Bonucci would get enough playing time this season, but only 2 months into the season, he's the most experienced central defender! Nutty.
Grosso: 6- Kept Jimenez onside for the goal, but a very impressive performance considering he hasn't played in 6 months. Capped with a great tackle to win possession for the 3rd goal. I still want him gone in January. 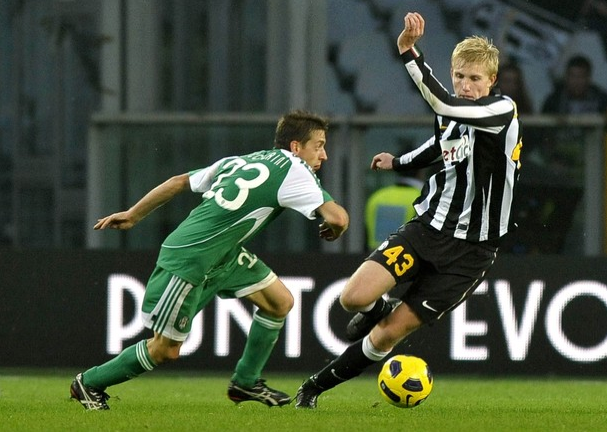 Marchisio: 7- A real dynamic performance from the future captain, switching wings, playing central, winning the ball back, defending the flank as a quasi-terzino, just a real tactically brilliant game from him. Covered the flanks when players moved up, switched with Pepe, and crossed a delicious ball in for Quagliarella to head into the net.
Sissoko: 5.5- Could have been sent off during the match, it was another "Groan Momo" kind of games. Still yet to get into top form, but frankly this game is never going to be one he's going to make his mark in. When we're playing a team that parks the bus, Momo isn't going to unlock them. And defensively, there's much less required.
Aquilani: 6.5- Another class performance from Albertino, excellent vision and consistent passing, he also displayed his new-found skill at defending when Cesena were attempting to get back to a 2-2.
Pepe: 6- Offered a typical Pepe performance- ran a lot, covered his wings for the forward runs of Motta/Grosso depending on what flank he is. I think the confusion of moving around is messing with him a bit, he's gone from playing up top in a 4-3-3 for Italy, then midfield, then a fullback against Milan, back to midfield today. On SKY they mentioned "it all came apart for Pepe in the last 20 yards." Got Pellegrino sent off, though, which killed the game more than any goal would have. 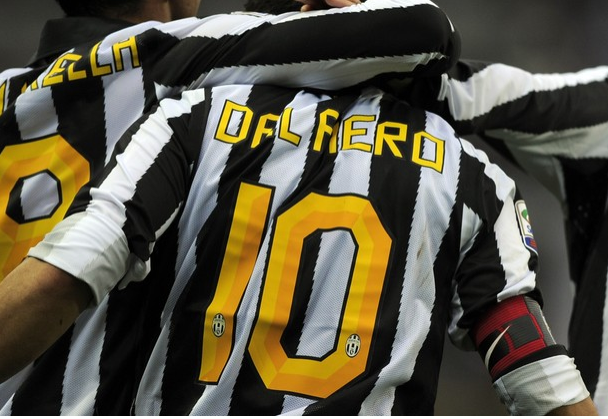 Del Piero: 7- Two days before his 36th birthday, Alex started the match having played 90minutes just a few days ago. The conventional wisdom (which I also have espoused) is that Del Piero cannot play two games in the same week. Yet again, he proves us wrong, with an excellent game just after playing the full Salzburg game. Always creative, always looking to supply his teammates with passes, and always looking at the goal. Class is permanent.
Quagliarella: 6.5- Another great header to make it 2-1. I have to say, I questioned Quagliarella's consistency and whether he'd be good enough for Juve, but 5 goals in 8 games in Serie A is evidence enough. He's scoring, and that what counts. Got a little greedy later in the game, but on his form, why not have a few pops at goal?

Delneri: 6.5- Not an exemplary game from Juve, and ordinarily it would earn a 5.5 or 6. But given the injury problems we're dealing with, GDN is managing this team very well.
Salihamidzic: 6- Like Grosso, he came on after a 6 month absence from professional football and performed admirably. Grosso needs to go, but Brazzo deserves to finish out the season as part of the team. Partly to woo Dzeko, perhaps, but he seriously deserves it. Nice little chipped cross to Iaquinta for the 3rd goal.
Iaquinta: 6.5- Another return from injury for Vincenzone, but while looking rusty again, he capped the night with a lovely goal to surely put the game away.
Melo: s.v.- Wasn't match fit when he came on, and limped off. Good news is that scans have revealed that there's no real damage. 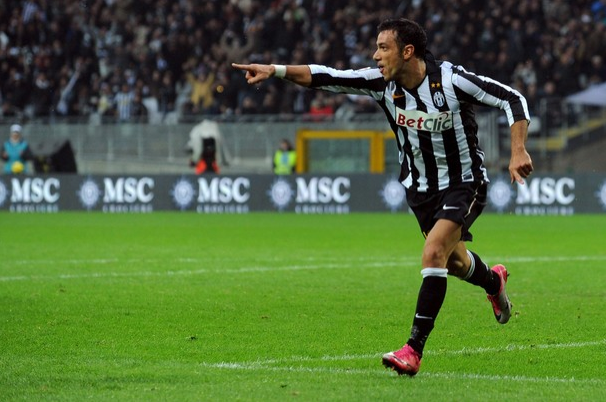 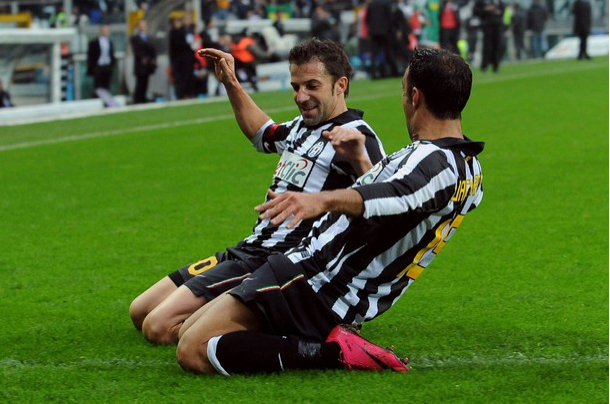 Quagliarella and Del Piero are developing quite the relationship

#1- For Roberto's minute-by-minute match summary, check it out here. He goes more into the actual gameplay of the match.

#2- What's the Real Momo? As I discuss on "It Ain't Over Till the Old Lady Sings" this week, Momo had a rough last year. He was pretty much injured the entire fall, and then dealt with a major family tragedy in the Spring as both his in-laws were killed in a car accident in France, and thus, he had 5 siblings-in-law all under 18 that moved in with him and his wife. To that end, Zaccheroni urged Juventus fans to write off his performances from last season, and give him a fresh start. The thing is, he was pretty average back in 08-09 or so, too. Coming up on his 26th birthday, he likely won't develop too many new skills, like distribution. Is he a good reserve CM? Sure. Can he grow from where he's at? Yes, but as a reserve that's less certain.

#3- Tactics, Tactics, Tactics: As the title implies, Cesena shot themselves in the foot with the penalty and sending off. Or we can say Pellegrino shot Cesena in the foot for both. Up until that point, it was a fairly even game, but down to 10-men, Cesena withdrew into their own half. Which favors players like Aquilani, Grosso, and Motta, who like to move forward and open up the other team, not so much for Pepe or Sissoko who don't really have the magic to unlock the other teams bus. To this end, looking at the map of the average position, it's quite clear. This was a game where Cesena defending, and Juve attacked. That's why the players are fairly spread out, and much more advanced than say a much more compact game against Milan. 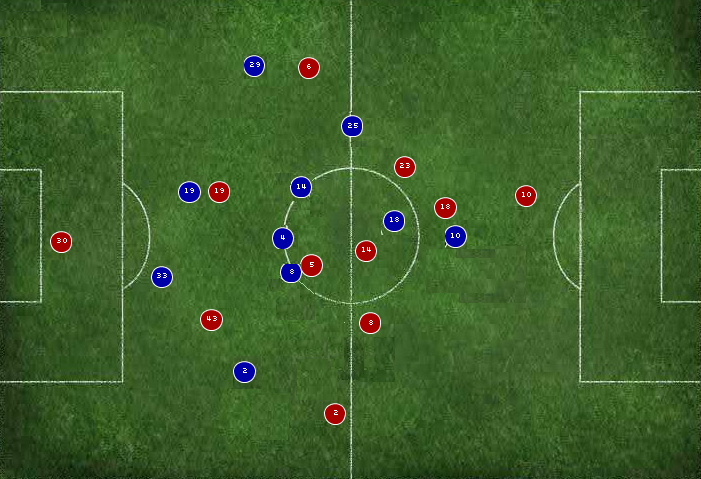 Blue is position against Milan, Red is against Cesena, just the Starting XI members

#4- Good to see you, Stephen: I always liked Appiah, he was a real talented player but unfortunately, some pretty devastating injuries has derailed what was a promising career. And I'll always remember him fondly for this golazo against Cagliari, during the game that marked our 28th Scudetto. Did Moggi make that goal too?

#5- The passion and the grinta: Lars Pedersen has a wonderful write-up about the magic of supporting a team battling against the odds. Read it. 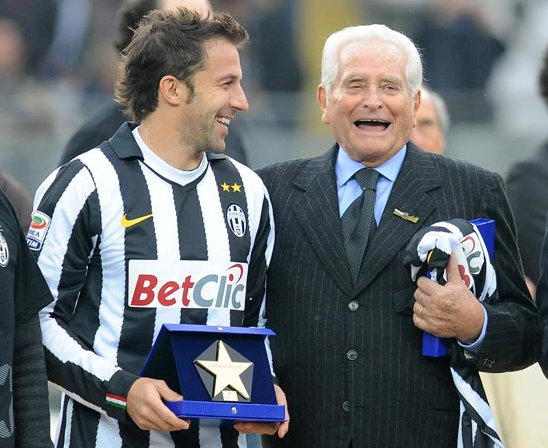 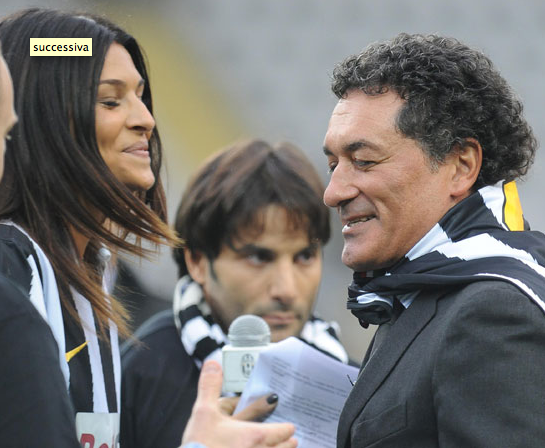 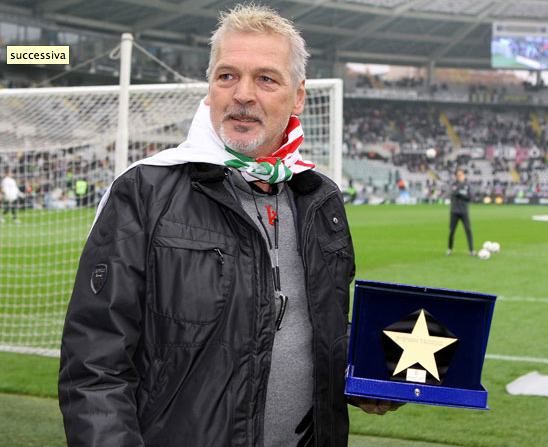 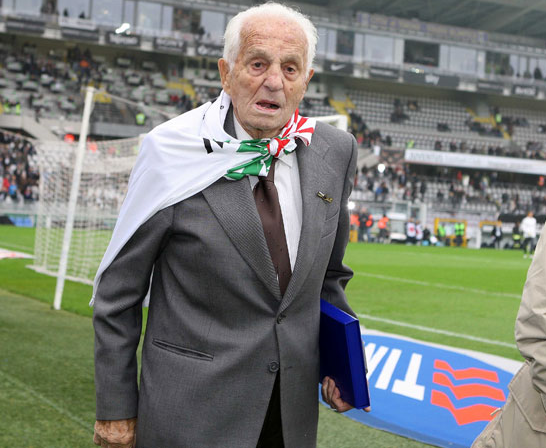 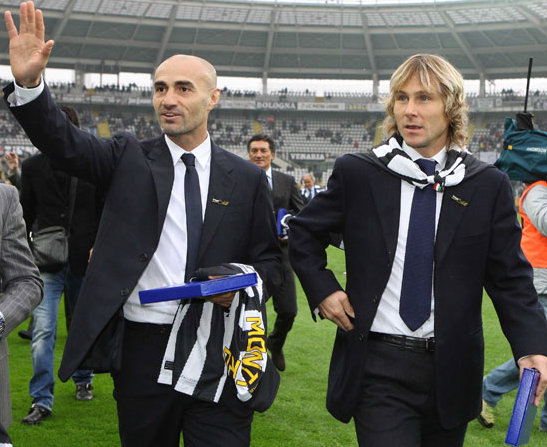 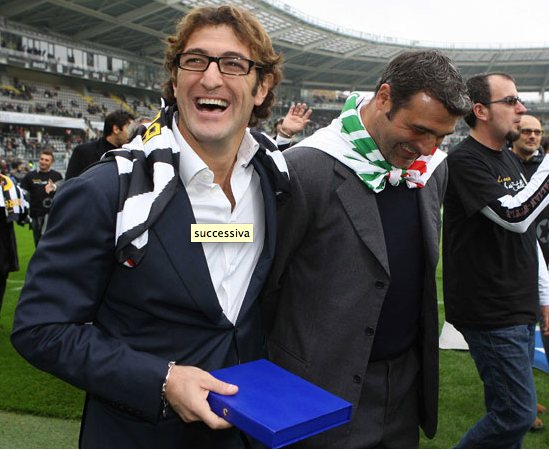 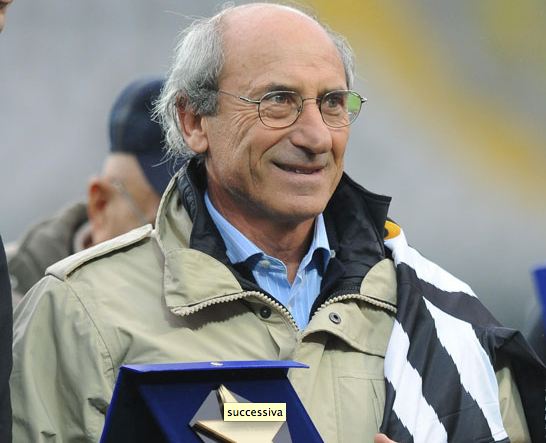 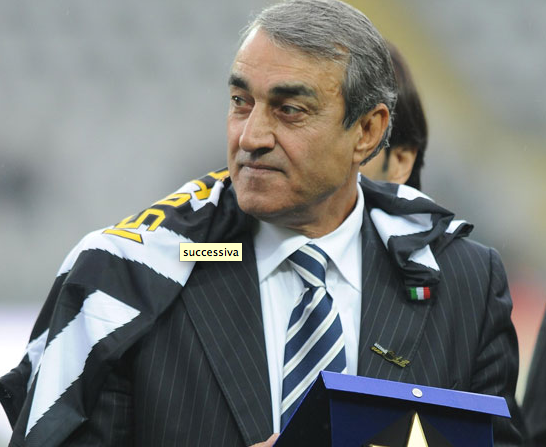 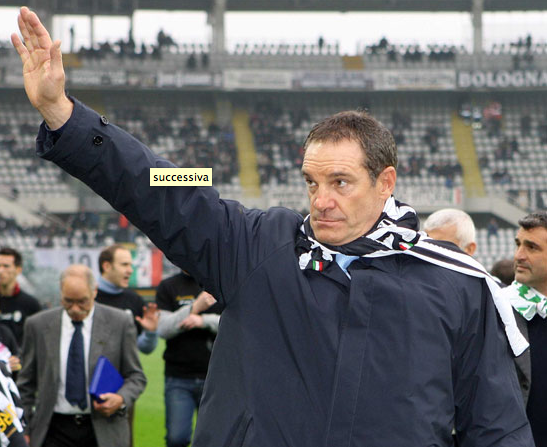 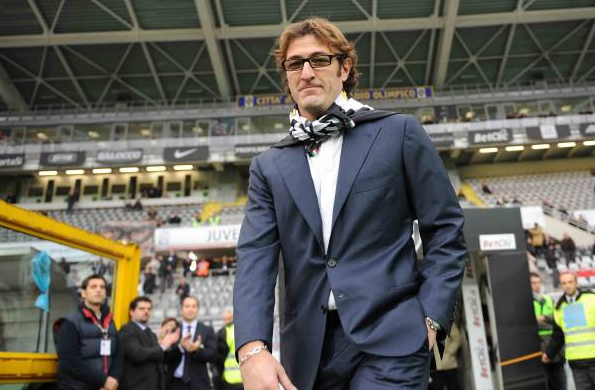 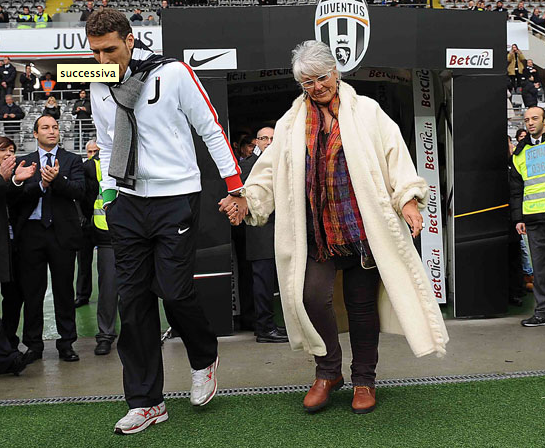 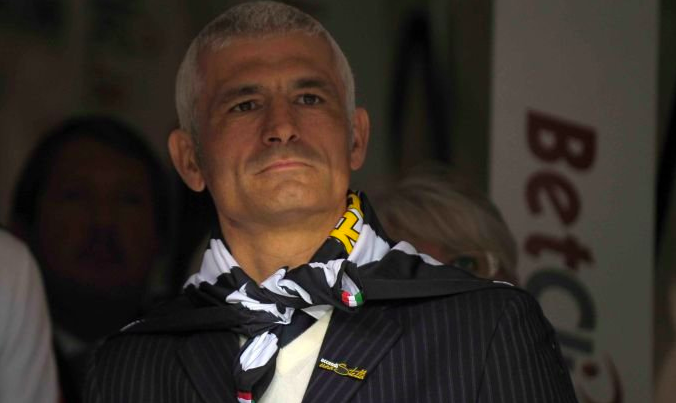 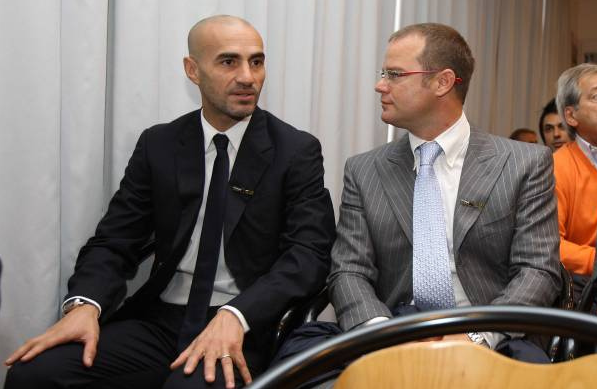 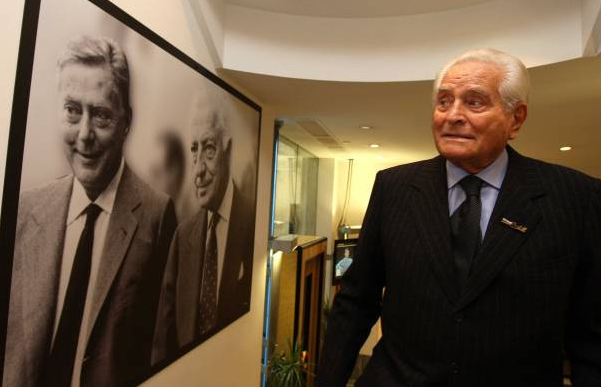 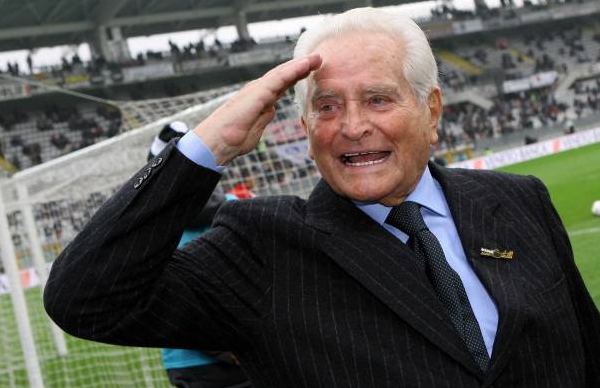 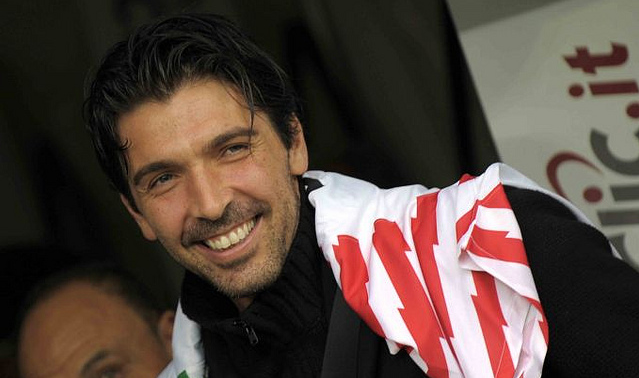 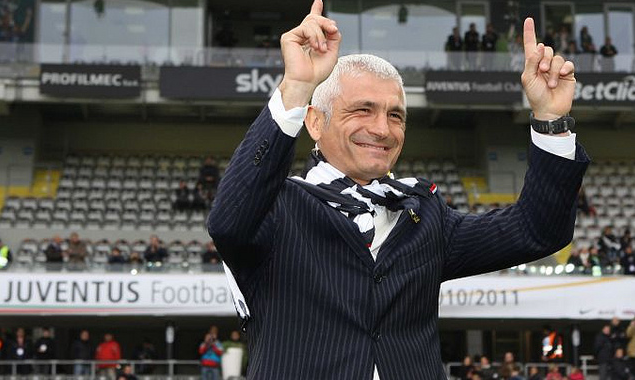 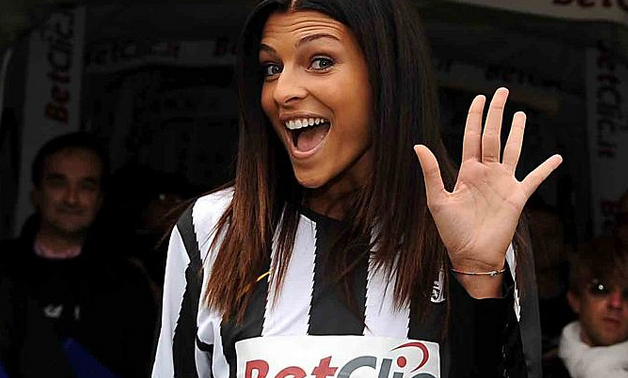 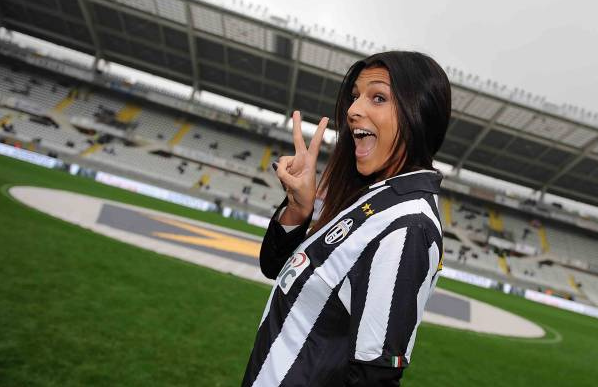 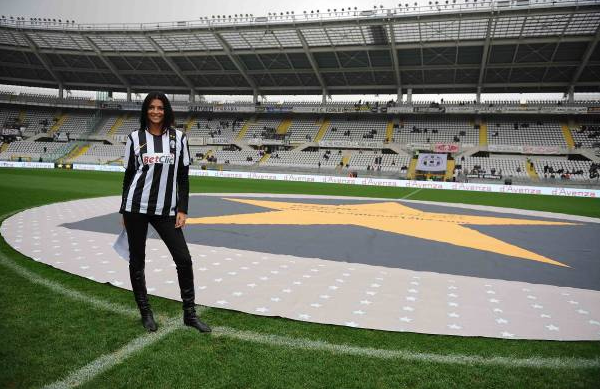