PotD: Sums It Up

Share All sharing options for: PotD: Sums It Up 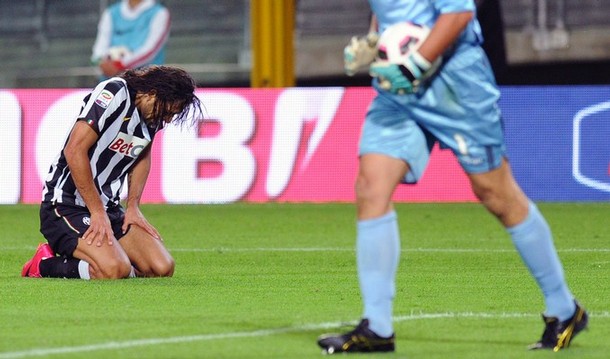 From the Juventus Offside's Worst XI of the Decade:

Amauri: (Palermo, €22.5million+Nocerino)- There will be some outcry from Amauri’s defenders, but sadly, as of now, he gets it. Inter signed Ibrahimovic for the same kind of fee we shelled out for Amauri, but despite a brilliant 4 months, he has been dreadful. It seems between all his various skills, his dribbling, his heading, or his ability to hold up play, he’s forgot how to do all 3 well, and at the same time, forgotten how to score. When you consider the other strikers we’ve had this decade, it’s hard to argue from numbers that he doesn’t deserve it. Fonseca and Zalayeta were average, we didn’t fork out a boatload of cash for them. The other strikers we’ve had, Iaquinta, ADP, Trezeguet, Ibrahimovic, Mutu, Di Vaio, Miccoli, well, it’s hard to argue they deserve it more. In the last year, despite countless starts, he has scored 4 goals. In recent months, he’s looked utterly impotent in front of the net and has screwed up countless golden opportunities. The one question remains: what the hell happened to him? His scoring rate his first 3-4 months was unbelievable, and then when winter hit, he gave up. During that brief period, he was tremendous, but right now, he is utter shit and I’d rather see Immobile play. Maybe he’ll come good during the next decade, but I’m still all for offing him this summer.

Today's draw was not all his responsibility, but something that struck me today was for the umpteenth time, how utterly worthless Amauri was.

"I'll do it for myself and the team. I want to do everything to get the 20 goals as the fans have asked of me. I feel good and feel like I can get even more, that is the goal I have made. I feel calm and peaceful.