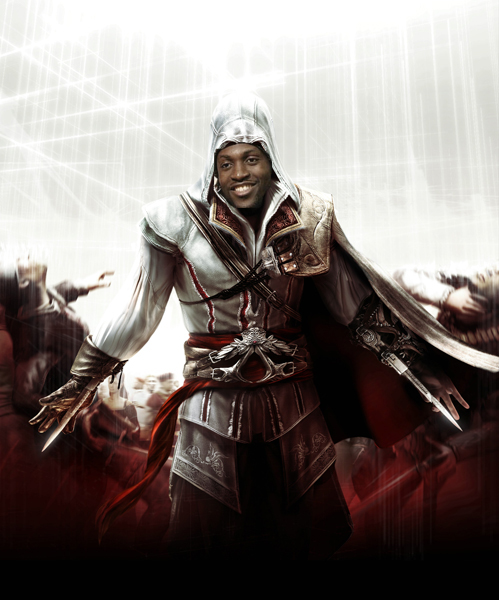 A photograph of Adebayor's Italian ancestor

Adebayor is joining Juventus this January: Because he said so.

“I don’t know what I did to Mancini, but he never lets me play,” Adebayor was quoted as saying in Belgian Sport Foot Magazine. “I know that I cannot stay here. I am just waiting for December so that I can leave in January. I can tell you that my club already has a deal with Juve for the loan.”

Does he share Mauro Camoranesi's agent? Someone should tell him, due to the non-EU restrictions, unless Oriali digs up up a passport from his long lost Italian ancestor Emanuele Adebayore da Firenze, we cannot sign him. Earth to Adebayor: If you're going to make a bold claim like "Yo, I already signed for another club" you might want to make sure it's even possible, much less that it will happen. 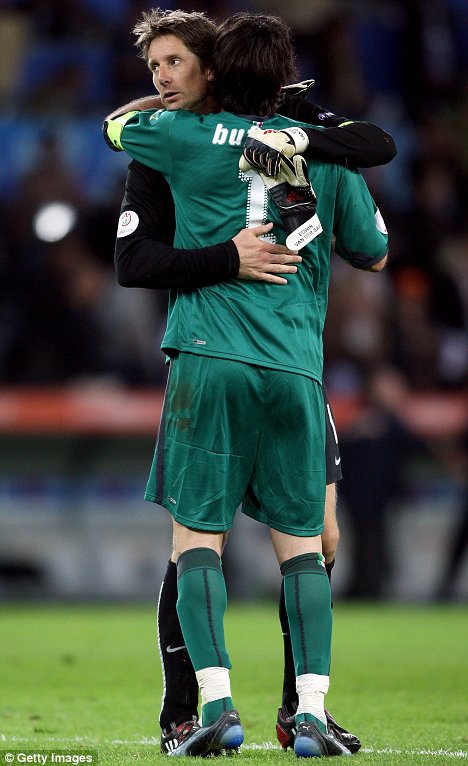 Oh my God! They're hugging! Clearly this is passing the torch!

Reports in England and Italy suggest Manchester United will offer Dimitar Berbatov as bait to lure Gigi Buffon to Old Trafford. The 31-year-old goalkeeper's future has been the subject of great speculation in recent weeks despite his repeated pledges of commitment to Juventus. Buffon's is due to start training at Vinovo today for the first time since his back surgery after the World Cup, which is still due to keep him out until the spring. However, the rumour mill continues to grind out reports that Sir Alex Ferguson is monitoring his situation closely despite agreeing to sign Denmark international Anders Lindegaard in January. Edwin Van der Sar is expected to retire in the summer and former United greats like Peter Schmeichel believe the club needs an experienced replacement who is proven to be world class.

Both La Gazzetta dello Sport and The Telegraph claim Juventus have a keen interest in Berbatov. It's no secret Juventus would like to upgrade their squad at the striker position and United might be keen to make use of Berbatov's trade value. The Bianconeri reportedly no longer consider Buffon to be indispensable and feel Marco Storari has done a very good job of standing in for him this season.

Give it a rest, already. The Buffon-to-Manchester rumors predate mankind, and he's finally making his first appearance at Vinovo in training today. You'd think that'd stop it. Either way, the swap doesn't make a whole lot of sense- Berbatov is getting old, and has 4 or so years left, and is on a high salary. Buffon is getting old, has 4 or so years left, and is on a high salary. Both clubs have been a bit conservative fiscally of late, particularly Manchester United who will not longer buy players that have no resale value. Add a few years to Gigi, and given his injury history, I really doubt they'd be able to sell him at age 35-36 for any real kind of money. With two infants, a wife, and a decade of living at Torino and all the history he's had with Juve, I also really don't see Gigi Buffon leaving. His agent Silvano Martina has said this about a dozen times, and I reiterate it.

Giorgio was at Juve's headquarters tonight, and it's widely expected he is putting pen to paper and signing a contract that'll tie him to Juventus until 2015, several Italian news sources are reporting it is already done. It'll see Keyser Giorgio earning 3.5million euros a year, with a likely annual increase as the contract progresses. Never worried that it would get done, like Gigi, Chiellini will not leave Torino for many years, but it'll be nice to get the official announcement. Beppe Marotta, Andrea Agnelli, Briamonte, Davide Lippi (Giorgio's agent) and Giorgio's brother were all there for a toast and celebration. 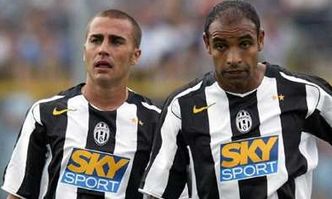 You may recall that last weekend, Emerson was at the battle of his ex's, Juventus-Roma. Apparently he was there for more than just the game, as Juventus are looking at hiring Emerson as a South American scout, particularly for the Brazilian market. You may recall this summer that Beppe Marotta sacked two of our South American scouts, one for Argentina and one for Brazil. For obvious reasons, they had produced little- we have signed decent prospects within Italy and Europe (Ekdal, Yago, Sorensen, Garcia) but nothing has come from South America. We've since hired a scout for Argentina, but still none for Brazil.

Emerson, who still owns a house in Torino, has become a licensed FIFA agent since his retirement, and he also runs a football school in his home country of Brazil. He apparently remained in Torino for 2-3 days after the match, discussing the idea with Paratici, Marotta, and Agnelli, and may be joining Juve. He didn't exactly have the Juve career that Pavel Nedved did, he was one I never cared for even before he left, but how on earth we managed to sell him to Real Madrid for 16million euros is beyond me. And I'll always fondly remember this goal. Is Emerson a good scout? That's up for the Juve management to decide, but if we are going to be recruiting from Brazil in future years, having a Brazil icon like Emerson as part of our team would certainly help.