Neymar Interested in Juve: Are We Returning the Favor? 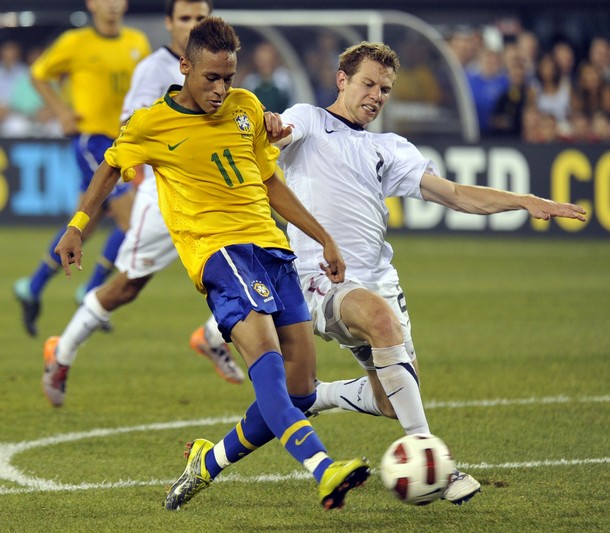 Santos starlet Neymar is ready to leave Brazil and test himself in Europe, revealing that of the "five big clubs" interested in him, Juventus would be his preferred destination. The Blues were reportedly willing to pay £25 million for his services, but Santos increased the teenage striker's salary in a bid to convince him to stay. However, Neymar has now issued a come-and-get me plea to Europe's biggest clubs, revealing that a number of them have already moved to acquire his signature - with a potential move to Juventus proving particularly enticing for the Brazil international.

"There are five big clubs interested in me: Juventus, Chelsea, Real Madrid, Manchester United and Inter Milan," Neymar told Gazzetta dello Sport. "The proposal that I like most is that from Juventus. They have great worldwide appeal. Inter have prestige. Ronaldo played there and he is one of my idols, but I prefer Juventus. I say this without problems - I'd willingly wear the Bianconeri jersey."

Santos are believed to have inserted a £40 million release clause into Neymar's new contract in August in a bid to ward off approaches from abroad, though the young forward is still confident of securing a move away from his homeland. "The club's officials have said that I'm not for sale," he said. "But I don't think the same. This may be the right time to try the European adventure."

I have to say, in all honestly, I loved reading that as I'm sure you did too. We hear from some players like Pepe, Quagliarella, etc, that it's an honor to choose Juve but we haven't really heard that from too many players being chased by everyone in the goddamn world. Really pleasing to see we still hold our worldwide appeal, even in a country where our record is mixed, at best, and horrendous at worst. Selling Diego after 1 year? Check. Amauri being rubbish and then choosing Italy? Check. Felipe Melo knocking Brazil out of the World Cup? Check. Yet somehow, our popularity, despite coming off the worst 5 years in our history, is still present and among some of the worlds most promising players.

#1- Brazilians at Juve.....not exactly the best record. (I also think Neymar would have to significantly bulk up to play in Serie A)
#2- Neymar is kind of a nutjob. And that's being kind. Yes, like Balotelli he can grow up, but he got his f***ing coach sacked because of disagreements. Shows poorly on him, and on Santos.
#3- Do we have 40million euros to spend on this kid? Doubtful.

So thanks, Neymar, for your interest, but I don't think it'd work out for us.

Or is he that good that it's worth throwing caution to the wind?