Share All sharing options for: Dancing With Wolves: Juventus 1-1 Roma

After all the hype of Ranieri and Delneri playing their opposing teams, it ended up being a somewhat exciting yet predictable match. Both sides played what they're known for- Roma had some slick passing and dominated possession, but couldn't make it count. Juventus played strong in defense, hit on the counter, but was missing that clinical edge to give the team victory. Ratings and review after the jump. 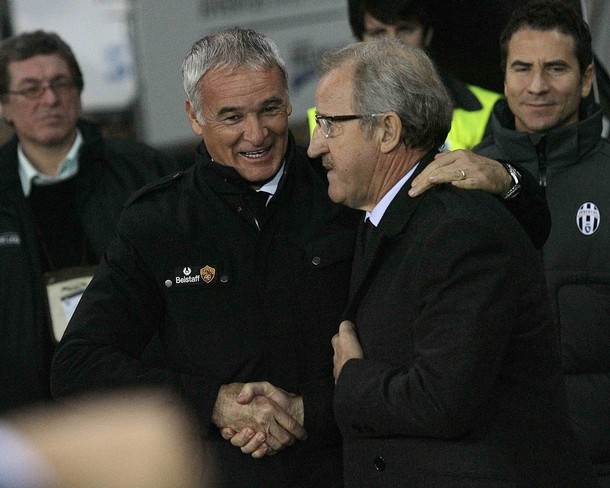 Storari: 6.5- Wonderful save on Menez early on, and then had very, very little to do. Why shouldn't he be in the Nazionale right now? He's proving to still be one of the most consistent keepers in Serie A.

Sorensen: 6.5- Made his Juventus debut as a central defender, I was very surprised to see him get a start against Roma, and moreso in a right-back position, but he repaid Delneri's faith in him significantly. Concentrated and cool under pressure, a wonderful and very promising performance. Strange he isn't getting more praise in the media.
Bonucci: 6- A relatively good performance marred by some real bad errors when he moved forward. Really needs to do better when leaving position, as far as protecting the ball.
Chiellini: 7- A brilliant game from Keyser Giorgio, who read passes like Scirea and man-marked like Gentile. He is absolutely vital to our defense.
Grosso: 5- Three games in 2 weeks is a bit tough for a player in form, but for recalling a player from 6 months of sitting on the shelf, rather difficult. Fabio was not good against Brescia, and also against Roma. That said, he wasn't disastrous by any means, and this is more or less the kind of performance I expect from someone on the fringes of the squad. 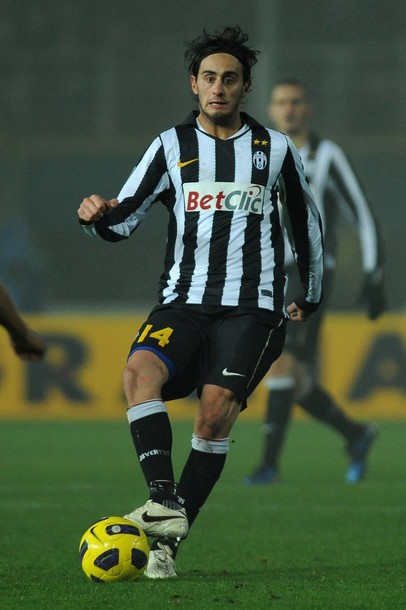 Pepe: 6.5- Penalty aside, a very good performance from Pepe who was whipping in some dangerous crosses and also helping out in defense as usual. If he can play like this more consistently, there's no reason we shouldn't sign him as a reserve.
Melo: 5.5- Back from a small injury, and it showed. Caught in possession a few times and didn't make as many imperious tackles as we've seen thus far this season.
Aquilani: 7.5- Wonderful, wonderful performance from the ex-Romanista. I wondered before kickoff if he'd be poor, or great in facing his old team, he chose the latter. Mastered the midfield, threading passes around and advancing whenever he liked. He's far more than a regista, he can tackle (his foul on Totti) and he has a good shot/dribbling skills. Brilliant assist to Iaquinta for the goal, he nutmegged Greco and then put in a precise cross to Vincenzone.
Marchisio: 6- When advancing he created a few problems for Roma, but it wasn't too consistent of a game. Relatively subdued, and I'm still not a fan of him on the wings.

Quagliarella: 6.5- Very dangerous in attack, he looked creative, determined, and capable. Held up play well, had a brilliant volley/shot that would have been goal of the season if not for Julio Sergio's save. In very strong form at the moment.
Iaquinta: 6- Didn't look too in-form, as a real heavy first touch let him down when he was nearly 1v1 with the keeper. Followed up with a goal Quagliarella would be proud of, a real genius scissor-kick.

Delneri: 6.5- More than anything, this game convinced me we've seen a new Juventus. Roma had the lions share of possession for most of the game, but we never looked like we'd concede.
Del Piero 5- His substitution was ostensibly because Iaquinta wasn't fully fit, but also to allow Quagliarella to push up, but Alex didn't play well. Lost a lot of balls, didn't ever look too inventive, all in all, a let down. (Roma is his favorite target, too) But hey, it happens to the best.
Traore: s.v- I don't even know what to say. At times during the game I wanted to ship him back to Arsenal, other times I thought "he could be useful." First debut in a new league, and not a bad one. Caceres was really poor in his debut against Lazio...and he adapted quickly. 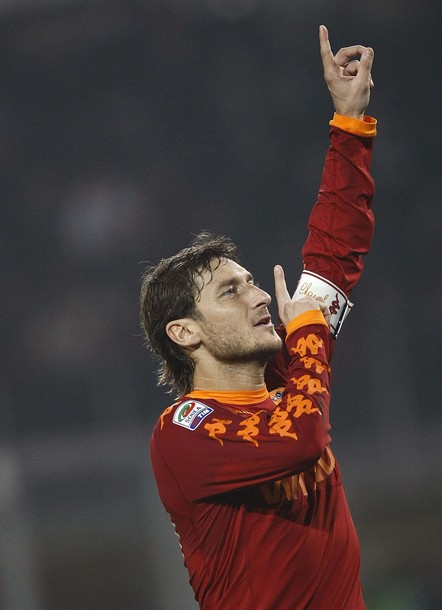 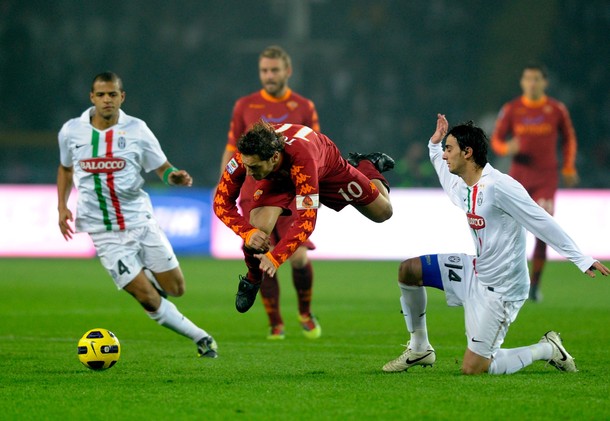 So Aquilani flattens him. Good man.

#1- Referees aren't corrupt, but they continue to make shit decisions: Is what Pepe did a penalty? Yes. Why was that not a penalty for Milan? Why did Milan's 45+2 end at 45+2 but Juve's continued well beyond? The problem is not the calls, it's that for some reason the referees only seem to be applying the full letter of the law to us. Krasic got banned with TV evidence. Will Borriello get the same for tripping Chiellini in an off-the-ball incident? Why did Iaquinta get booked for celebrating in front of the Udinese fans and Totti get off scot-free for saying STFU to the Curva Sud and insulting Storari? Either call the rules the same for everyone, or don't. Ridiculous.

Did I mention Totti repeatedly called Storari a "piece of shit" after scoring the penalty. I hate that man, so much. Classless douchebag.

#2- Subbing Iaquinta for Del Piero Didn't Work: The idea made sense, Quagliarella looked dangerous but was dropping very, very deep to pick up and defend the ball. Iaquinta wasn't fully fit and his first touch was letting us down on the counter attack. So put in Alex to hold the ball, and let Quagliarella move up. I would have done the same, except Alex didn't do so well. Maybe something about playing almost 2 1/2 hours in the last 7 days isn't so great for a 36-year old. Might not be the age, though, even the best players can have nights off.

#4- Quando Gioca Sempre Segna Trezeguet: He scored again this weekend against Real Sociedad, giving Hercules a 2-1 victory. 6 goals in 9 games for Trez, and as high as his salary was (barely higher than Amauri anyways), we should have cut Amauri a free transfer and kept Trezegol for one more year. Now we'll have Amauri sitting around next summer when we try and sign a champion striker. Forget transfer fees, who would want him at 4+mil a season? 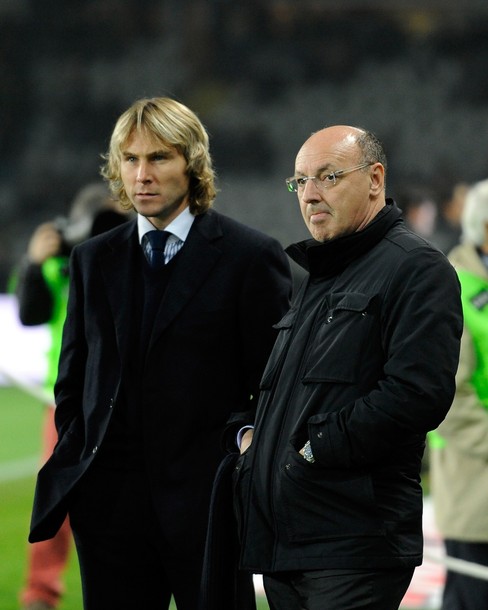 Nedved- "God, I wish I could be out there to tear Mexes a new one. Giorgio, do me a favor?" 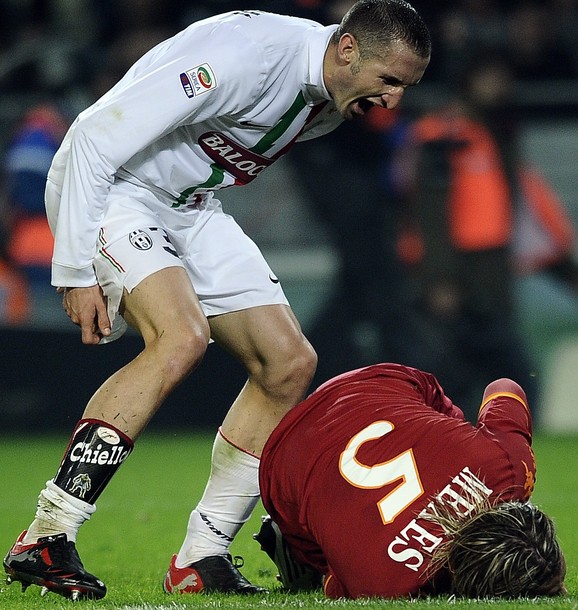 #5- Afellay signs for Barcelona: There was confirmed interest from both Inter and Juve within Italy, but PSV winger Ibrahim Afellay has chosen to sign with Barcelona. No bitter regrets here, as I didn't think we ever had a chance of winning his signature, but seriously, enjoy the bench Afellay. You're an attacking midfielder/winger, joining Barcelona of all teams. Are you out of your goddamn mind?

#6- Watching Materazzi Get Hit By Ibrahimovic: It was like watching Justin Beiber fight Lady Gaga- somehow, you hope that both will die so we don't have to hear from them again. At first I didn't think Materazzi was hurt, after all, he has faked injuries and done so to avoid being humiliated. Can't believe Rafa picked him for the derby, he's 37, he's been shit for years (probably his whole career barring a 2-year span) and hasn't played all season.

That's all for now. Good news- Marchisio skipped out on Nazionale due to muscle fatigue (be back in 2-3 days) and Krasic started training and could be ready by this weekend.