Time to Thump some Romans

Share All sharing options for: Time to Thump some Romans 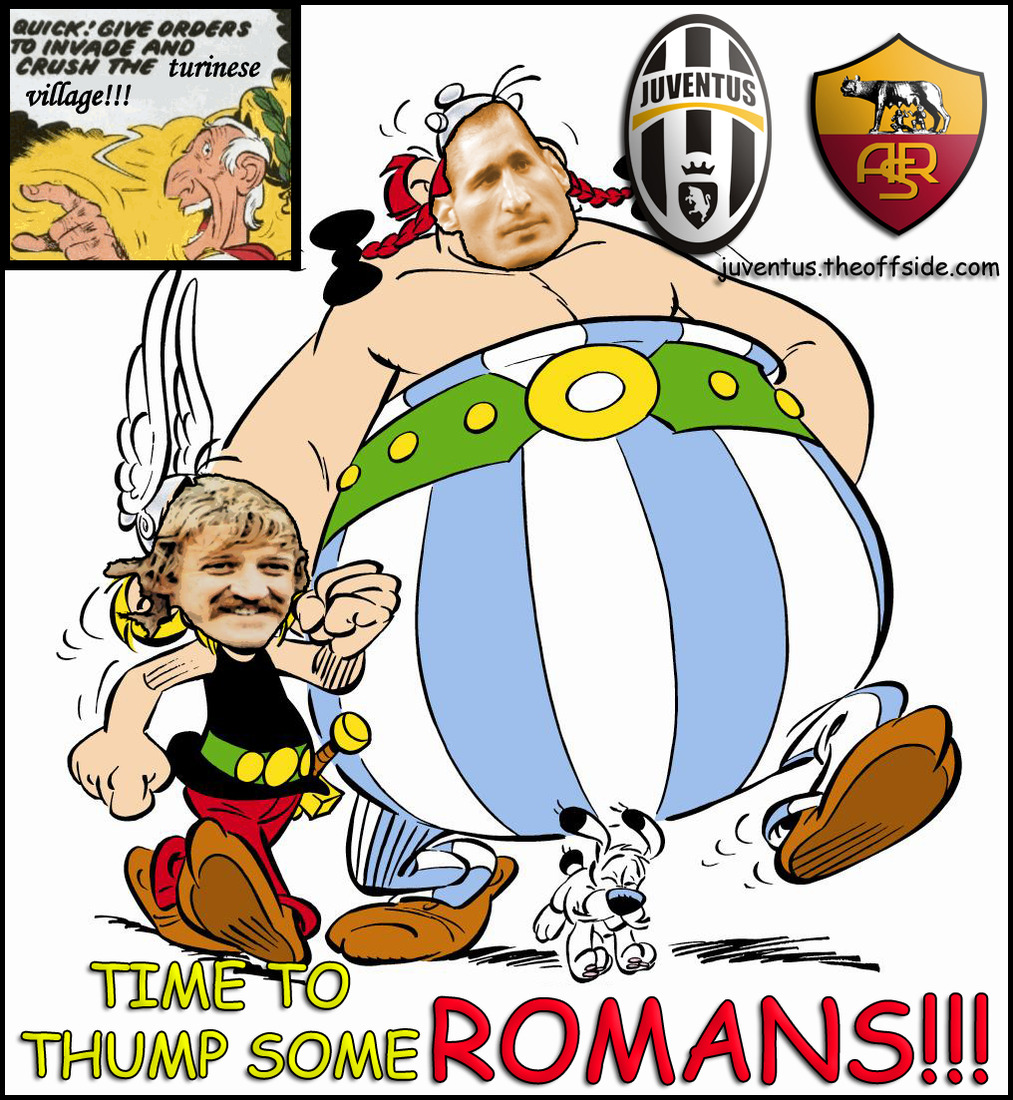 Del Neri: «Vs. Roma an important match»
Seven consecutive positive results and three home victories in a row. This Juventus wants to go on with their favorable double sequence, and this team is the one facing Roma on one of the three big matches of Championship’s 12th day.
The match vs. Roma has so many meanings, besides the one regarding classification. Among these, also the challenge between former Roma’s trainers Del Neri and Ranieri. Juventus trainer is faithfully waiting for the match: «It’s not true we lost a chance in Brescia. Our target is to keep on improving match by match. The one vs. Roma is important; we face a team able to fight till the end for the Scudetto».

The coming weekend will be very interesting. Not only because it will put an end to a full week – considering Wednesday midweek turn -, but most of all because of what’s on the program. Juventus-Roma starts a two- days’ turn which will include Lazio-Napoli and the derby in Milano. Practically, the classification’s first six teams all together. «This will be nice to see – Del Neri says -. The Championship has been really balanced so far and nobody showed being stronger than the others. It’s too soon to speak of Scudetto, but we know there are many teams having victory in their DNA. Each point is useful, just like the one we gained in Brescia».
For tomorrow match, Juventus trainer will recover Amauri and Felipe Melo and try to count on what has been the strong point so far: the group. «It’s a fundamental factor for achieving results. The one I have today is a compact group, believing in what they do. This behavior brings positive results».

Juventus is going to find a Roma on the rise, able to get to the head-to-head match with only one point from the top. After the match vs. the Milanese, another important test. Del Neri concludes: «It will be an important match, like the one in Brescia and like the next ones. We’ll face a team who did very well last year and strengthened by Borriello’s arrival. They have decisive players like Totti and Vucinic, but also interesting young boys like Greco. They’ve got anything they need to fight till the end. Ranieri? He did well everywhere he went and he’s doing the same in Roma thanks to his experience». 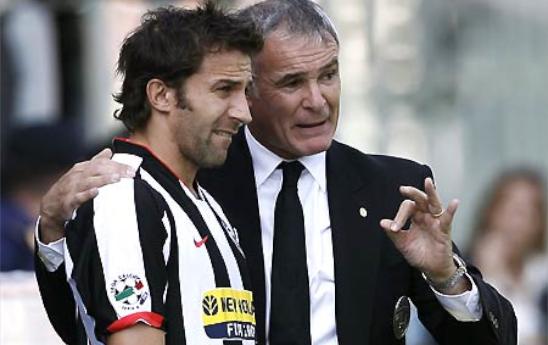 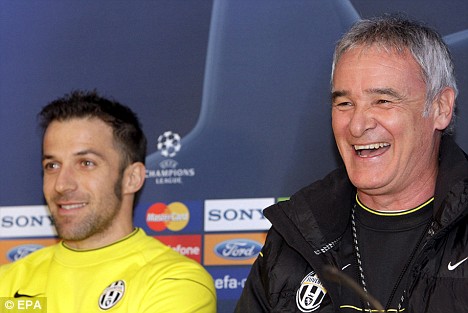 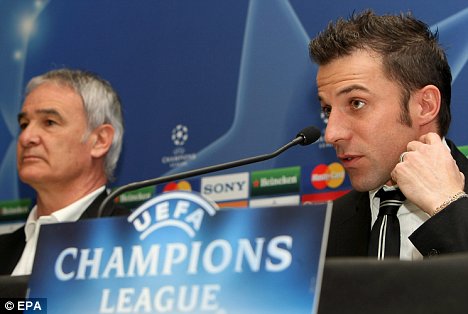 Ranieri: «Juventus is a great team»
«Juve is a great team with great players, able to solve the match even on the very last moment». Claudio Ranieri, on the eve of the match vs. Juventus, praises Del Neri’s team and smoothes tones, usually harsh when the bianconeri and the giallorossi meet: «It won’t be a match to decide the Scudetto and I do not have desire for revenge regarding Juve», Roma’s trainer underlines. Then he speaks about single elements, Aquilani, Totti and Del Piero: «I wanted Aquilani when I was at Chelsea when he was 16. A wonderful player, I hope he is over with bad luck and with injuries. Similarities between Totti and Del Piero? The two champions are tactically-technically different as well as temperamentally, but they have a common characteristic: they make very difficult things easy and they make the supporters fall in love with them. Only a few champions are able to do all this».

I wonder if Claudio wishes he still had Alex, who sacrifices for the team, instead of Totti, who runs interference? (Of course, Alex is too classy to mention that) 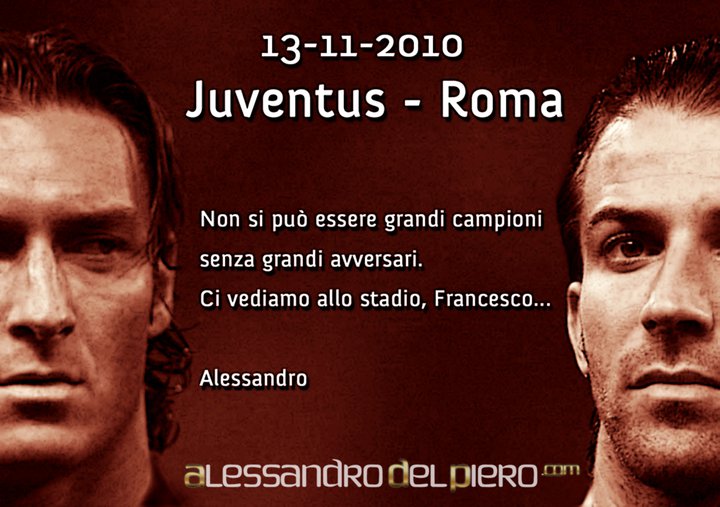 Last January, despite all of the statistics saying that we wouldn't lose to Roma at home, we did. And we knew it was coming. But I'm feeling confident about this one, this team has got our grit and steel back, we are yet again a team ready for the big game. We might draw Bologna and Brescia, and lose to Bari, but we left the San Siro with 4 points. This team, battered as hell as it is, will be ready for the Giallozozzi. The statistics (which we know are numbers, and nothing left) favor us- We have scored the most goals in Serie A against Roma, more than any team. The same goes for Alex Del Piero, who has scored more against Roma ahead of Parma and Lazio. Given that we have the strongest attack in the league, if Roma want a result, Borriello better have stolen Inzaghi's boots.