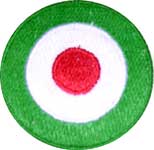 Last quarter finals of the Coppa. Winner goes on to the semi's vs. Fiorentina who defeated Lazio last week 3-2. The other semi-final's all set with Udinese, who beat Milan 1-0 at the San Siro, up against Roma courtesy of a trademark De Rossi strike just inside the eighteen.

To be honest, I'm really doing my best to get myself up for this one. Sadly, I've got next to nothing to show for it. Well except this live blog I suppose. Nevertheless, tonight could be a decent match to watch depending on which Juventus 'shows up' to play. But, since it is Inter, I wouldn't expect the same determination against La Viola if we do indeed show up and advance.

Consistency is king, and with so many injuries in a team already topped-up with streaky talent, there's no surprise we're sitting sixth, sixteen points off the pace. Tonight, the lads have a chance to turn this skid around as we're slowly going to recoup some our first team's key ingredients. If we can put in a commendable victory/performance tonight, anything's possible going forward. Ferrara might even keep his job until the end of the year. Might.

-25'- Customary pre-match nerves. Christ. I think Candreva should go from the start, he should be one to watch. Also, we're gonna need a mistake-free performance from Momo/Melo if we have a chance in hell tonight. Fat-chance.

-15'- Great videoto watch to pumped up, courtesy of comrade via alessio.

-5'- Rai Uno's playing this one. If you have Sopcast, try the Livesport Europa 1 link.

2'- Both teams feelings themselves out here. Juventus go on a little spill into Inter's half. Nothing doing.

3'- Balotelli can be difficult tonight on that left side against Grygera. Hopefully he and Chiellini and hold him.

4'- Fuck me, Sissoko down. Looks like he hurt his right shoulder. He shouldn't need to come off though thankfully.

6'- Wow great stop on defensively from Grosso on Balotelli, who's now on the right wing. Sneaky fucker.

10'- Welcome back Toldo. GOL DIEGO! Hahaha stay on the bench Toldo. He really should have had that one from outside the eighteen. Diego did very well to skip past Cambiasso before then though.

12'- Ha! Candreva tries to run at an Inter defender, I think it was Santon... that didn't work.

13'- Great work from Melo thus far to keep it simple and clear the zone.

14'- Pressure by Inter in Juve's half. Fuck we look so confused, terribly unorganized. This can't go on for much longer if we want to save this lead.

15'- Sissoko wasted a brilliant run by Diego there on the counter. Keep it simple and don't hog the fucking ball Mo-moron.

16'- DIEGO IS DANCING AROUND INTER. So Motta takes a stupid foul on Diego. That was class Motta. Pure fucking class.

18'- Diego can win this game all by himself. I've seen a few Werder games where he's completely soaking up all the attention from his opponents, yet can still be the deciding force.

19'- Wow look at how congested that midfield is! It's like house league.

20'- Maicon all alone, and then skies it over the bar five feet from goal. What  a chance for Inter. Let's hope they get demoralized with Toldo behind them and Maicon missing sitters.

21'- Sissoko gives the ball away again.

22'- Right now the only one who knows what to do with the ball is Diego. And as I say that, Motta fouls him once again. What a rat he is.

23'- Balotelli scuffs one outside the eighteen, rolls to Buffon.

24'- Man, this is some of the sloppiest calcio I've ever seen by both teams.

26'- Juve unable to sustain any counter-attack because we keep turning over the ball inside our own half. This doesn't look good as Inter is building confidence on the ball as every second goes by.

28'- Nice tackle again by Grosso on Maicon. He's having a nice game the defender.

29'- Materazzi fouls Amauri outside the eighteen. There you are Amauri. Marco got the ball first but that was probably a fluke consider how sloppy it looked.

32'- God Gigi looks glorious out there doesn't he? So majestic.

33'- Yea Chiellini brought Balotelli down there. Mario's twists and turns made Giorgio lose his balance. Free-kick cross from Sneijder but it's cleared.

35'- Foul on Diego, this time from Cambiasso.

36'- Melo doing well tonight to keep things simple. Just as I say that, Buffon scuffs a little chip out of bounds. Inter fans chanting something about how they like eating shit for breakfast I think.

37'- Shot Grosso, Toldo tips it wide for a corner. Diego curls it in, and it's cleared for a throw-in.

38'- Fuck I want to puke. We can't hold on to damn ball. The complexity of our passes is so unnecessary. Anyways no one's listening to me.

40'- Throw-in, Juventus on the right. Christ, Amauri gives it away with a pass destined for god knows who. That must be the tenth pass to nowhere from Juventus.

41'- Completely pointless foul from Maicon behind Diego. Yellow card. Diego was going nowhere with at least three Inter players in front of the number 28.

43'- Grosso can't shuffle his feet, and runs into Pandev. Foul.

44'- Something about a handball, Mourinho's complaining, it must be deliberate then.

46'- Nice start from Juventus here. Great passes that lead to a chance in on goal but Inter defenders clear that as the last touch was too hard.

48'- Great block by Grygera on a Pandev effort just outside the eighteen. Inter really pouring it on here giving it everything they have and Juventus are scrambling to clear.

49'- Yellow on Chiellini as he gives Sneijder a nice ride.

50'- Oh boy, things are getting really loose right now as no one playing defence for Juve again.

51'- Diego with the shot far post but it just misses the bottom corner of the net. Without that young man we would be out for lunch.

52'- Inter on the counter, good work by Grygera to step in front of that move to clear.

53'- Corner for Inter, won by Balotelli. Cross is short and Juve clear.

54'- Corner for Juve this time. They play it short and then cross it in to Chiellini who HITS THE POST! Giorgio was inches away from making the game 2-0.

56'- Damn Sissoko can't hold the ball again, and Inter come back the other way. Ferrara has to do something about Sissoko. I would take him off. Maybe put in Marone.

58'- Put a lid on it Motta. The guy's as dirty as anyone in this league. Fouls Candreva, somehow Inter get the throw-in, then fouls Diego open field.

59'- Grosso's putting on a lesson in defending out there tonight. Stops Balotelli in his tracks and takes it down the other way.

61'- Fuck Milito's coming on. If there's one player on this Inter team I could have for Juve it would be Milito. Great player, super good, and super unselfish. Cambiasso comes off. Mourinho's going for it. Rightfully so.

63'- Offside Inter. This is going to get really close here in the last 30 minutes. Juventus fans hold on to something.

65'- For development sake, stay on your feet Mario. Balotelli is getting a tattoo of Chiellini's name on his ass.

70'- Foul by Melo on Balotelli about eight inches away from the box. Sneijder with the fk, and off a deflection it goes in. Pretty horrid goal. An eye for an eye I guess. 1-1

72'- The way this game's going, Inter's bound to win. They have every single scoring opportunity thus far whilst we cannot even clear our end.

73'- Let's hope I'm wrong. Inter's in our half, play sniffed out by Melo. Diego goes the other way but there's absolutely no one there with him, he's all alone and we loose the ball.

74'- We need support up there bigtime in attack or else we're sitting ducks. Let's see what Ciro does.

76'- Cannavaro gets a yellow for flicking the ball behind the spot. Nice.

77'- Candreva fires a missile, but that has too much outside spin and sails wide. Juventus is calling for a corner but nothing doing.

79'- Corner for Juve, won by Grosso. Toldo does well to come out and handle that cross.

80'- Off comes Pandev, on comes Muntari.

81'- Shot on target from Milito, Buffon handles that well considering Balotelli was close by in case there was any rebound.

83'- Balotelli goes to the ground in our end, ref blows for a free-kick. Christ, that was close. Buffon gift-wraps a rebound but Grosso is there to help out.

87'- The pace of the game has really slowed in the last five minutes thanks to all of these whistles. There will be at least four minutes of injury time.

88'- I'm not sure if Ferrara knows he can't play for the tie in this one. Juventus doesn't look like they want/can score at all.

89'- And that's that, Grosso forgets to look over his shoulder and Balotelli has a tap in off of Buffon's save. Inter 2-1.