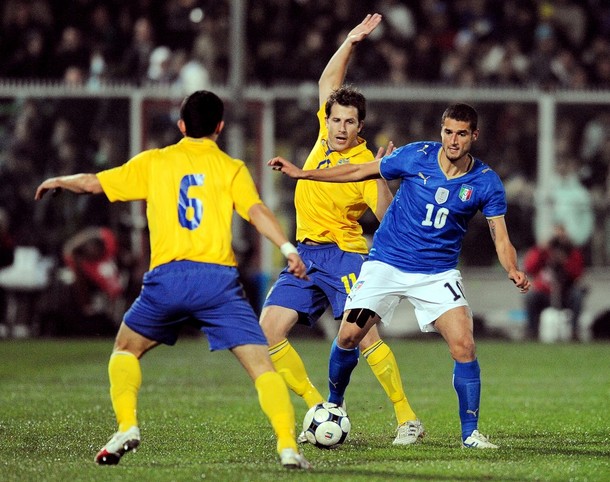 Juventus and Udinese have reached an agreement for the loan of Antonio Candreva until the end of the season with an option to buy half the contract. (Rumored for around 7.5million euro) The contract will be deposited with Lega on Thursday morning.

The midfielder will join the team as from the next training session, on schedule for Thursday afternoon at 15:00hrs.

Antonio Candreva was born on the 23rd February 1987. He began his career as a professional footballer in 2004 in the Serie B with Ternana. After 3 seasons with the rossoverdi he signed for Udinese in 2007. On the 27 January 2008, at 20 years of age, he made his debut in the Serie A during Udinese-Inter (0-0). During the 2008/09 season he was loaned to Livorno in the Serie B, were he was fielded in the starting line-up and contributed to the promotion to the Serie A of the amaranto. The loan was confirmed even for the following season.

Candreva also formed part of the many national team categories starting from the Under 18 team up to the Olympic team with which he made his debut in May 2008 during the Tolone Tournament . He was called-up by Casiraghi to take part in the Beijing Olympics where he made his debut in the second group match coming on for injured Tommaso Rocchi. In 2009 he was part of the list of the 23 players called-up for the Under21 European Cup in Sweden and on the 14th of November of the same year, at 22 years of age, made his debut in the senior national team with Italy coach Lippi, playing in the starting line-up during the friendly match between Italy and Holland (0-0) played in Pescara.

Good transfer? Mediocre one? What do you think?

One thought remains- Pulling Candreva from Livorno, we had to convince Livorno to let him go, but also convince Udinese that he would do well at Juventus. I don't get why they are so willing to loan us a crown jewel, yet fought us tooth and nail with the D'Agostino debacle this summer. Pozzo must love Gaetano.