The first Juventus team of the Millenium; Juve 1-0 Verona

Share All sharing options for: The first Juventus team of the Millenium; Juve 1-0 Verona

Time called the 2000s the "decade from hell" because of terrorism, anemic economic growth, increasing unemployment, etc. I think it certainly holds for Juventus as well. To open the new decade, we look at how we started out the last one, with a 1-0 victory over Hellas Verona. The only goal was scored by the one and only Filippo Inzaghi, in true poacher fashion. This post was originally meant to make you grin and chuckle a bit, but given the squad we had then and the squad we have now, it just makes me depressed. Without further ado, I present to you the first Juventus lineup of the 2000s, and what they are up to these days. In parathesis are the players ratings for the game against Verona. (Hellas, not Chievo)

JUVENTUS: (3-4-1-2)
ALLENATORE: Carlo Ancelotti- He left Juventus to join his old team Milan in 2001, where he had considerable more success. Kinda like Inter, Milan had many coaches after the Capello era until Ancelotti came along, and had a positive 8-year spell on the bench despite Berlusconi and co. handing him shit constantly. This summer he moved on to Chelsea where he is having a pretty good season. 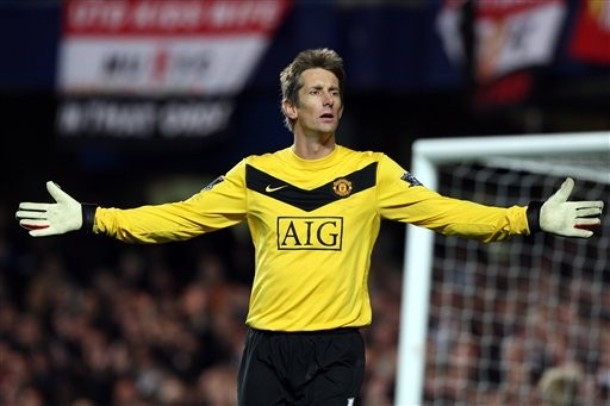 PORTIERE:
Edwin Van der Sar- (6.5) One of the members of Alessio's Flop-of-the-Decades he didn't last too long at Juventus. We signed Gigi Buffon in 2001, which pretty much signaled his time was up. Despite interest from Barcelona, he decided to move to Fulham where he put in some solid displays and was eventually picked up in the twilight of his career by ManYoo, where he currently is, and continues to be their #1. His wife, sadly, recently had a brain hemorrage and he is on compassionate leave with her. 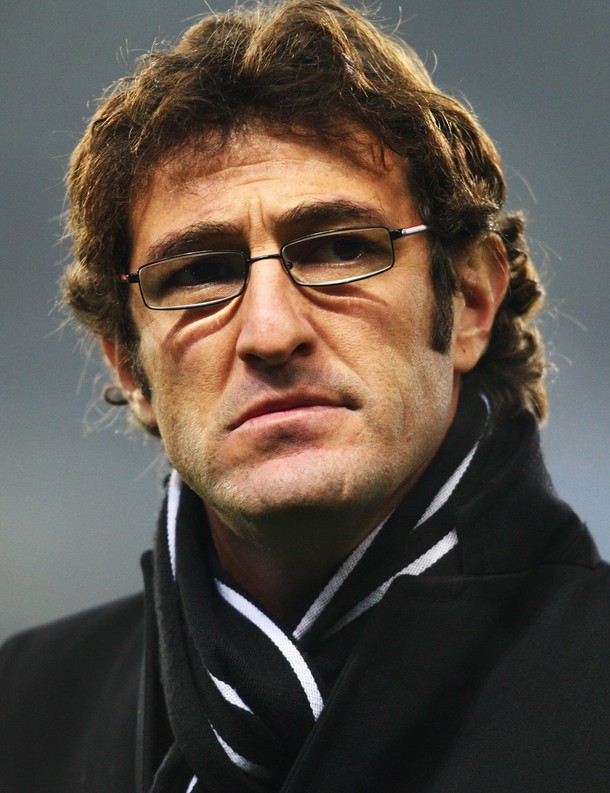 DIFENSORI:
Ciro Ferrara- (6.5) Hit the bar with a glorious overhead kick, and I think we all know his story since. Finished out his career strongly with Juventus in 2005, and then headed up the Juventus youth teams that produced some of our best crops of talents ever. He was Marcello Lippi's assistant with the Nazionale for the World Cup, and once again when Lippi returned to the bench in 2008. Currently the head coach of Juve.
Mark Iuliano- (6.5) The other two defenders have less successful recent futures than Ferrara. Left the club in 2004 along with Tudor and Legrottaglie, though Iuliano chose to move to Spain. Unimpressive spells with Mallorca, Sampdoria, and Messina led him to choose to drop to Serie B in 2008 with Ravenna, where he pulled a Carrozzieri and tested positive for cocaine, resulting in a 2-year ban from Calcio and likely an ignominious retirement.
Igor Tudor- (6.5) Like Iuliano, the long-time servant of the club left in less than glorious circumstances, but his retirement was not shameful, just sad. Sent out on loan to Siena in 2005-2006, he returned to Juve after demotion to Serie B to fight for his place in the squad. Injuries, as often in his career, plagued his entire season. The next summer, he didn't fit into Ranieri's plans and went back to his old team, Hajduk Split where we had signed him from originally. He continued to struggle with a nasty bacterial infection of his ankle, and called his career to an end at age 30. 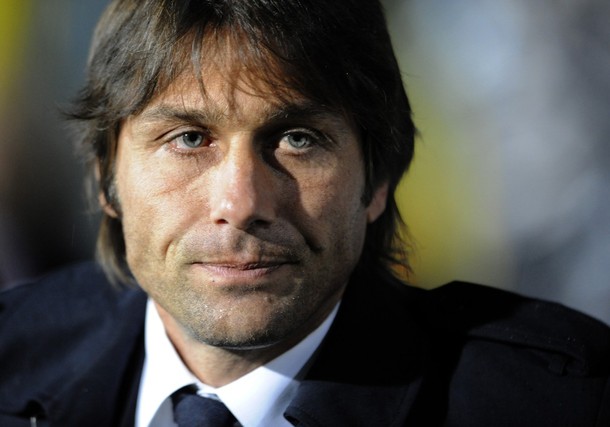 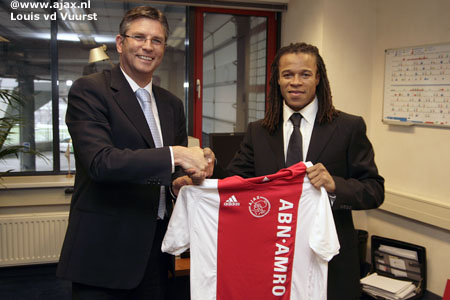 CENTROCAMPISTI:
Alessio Tacchinardi- (6.5) My favorite player of all time, hence my "sobriquet" on the Offside. Energetic midfielder honored in one of our Juventus Legends posts for his versatility and commitment to the club. Booted out of the club unceremoniously by Capello, he had two very solid years at Villarreal before returning to Juventus. It was summer 2007, and he returned in good form and with a strong desire to help out the club. According to Tacchinardi, the new management saw him as a continuation of the old Juventus and never considered his return, and told him to terminate his contract. Decided to play in Serie B with his near-hometown team Brescia for one season, which was a very successful one for both Brescia and Tacchinardi, but he did not renew his contract and is pretty much retired at age 34.
Antonio Conte- (6) Another legendary decade-long Juve midfielder, also honored in the Juventus Legends post and then a post about his coaching career. The captain before il Capitano, Conte was an all-around midfielder who dominated our midfield for 12 wonderful years. Read the coaching post for a more indepth of where he's been since, covering his tenures at Siena, Arezzo, and Bari. After that post went up, he decided to move on from Bari following a disagreement with the management, though his team is very obviously seen in the current brilliant Bari. Moved onto Atalanta to save them, and he's done moderately well there, though they are currently in 18th place. When he arrived, Atalanta had lost 6 or 7 games in a row and was dead last in the table. He's brought them up a bit, and play has been improving, but it will remain a tough battle for his team to remain in Serie A.
Edgar Davids- (6) Legendary tireless midfielder who spent 7 years in Bianconero. A "one-man engine room" as dubbed by Marcello Lippi, he was signed from Milan having flopped there, and turned into gold by Lippi. Tenacious, plenty of endurance, energetic, strong in the tackle, a player like Davids is sorely missed in our midfield today. Another one of Lippi's favorites that was booted out of the club by Capello, he tried his luck at Barcelona, Inter, Tottenham, and again at Ajax. After breaking his leg, he returned to play with Ajax and scouted around for a club this summer though failed to find one. His Euro 1996 thoughts on Guus? "Hiddink should stop putting his head in some players' asses." Enough said.
Gianluca Zambrotta- (6.5) This may surprise some people who have only been fans of Juve for a few years, but early in his career, Zambrotta actually played as a midfielder, becoming the poster boy of the Italian system of converting wingers into wingbacks. In the game against Verona, he played as a midfielder-cum-defender as a 3-4-1-2 requires more of a wingback than fullback. Ditched the club in the Calciopoli scandal for Barcelona and placed the fault of his betrayal on the club, and then decided to move to archrivals Milan. Looks completely finished as a player with the Azzurri, but still manages some ok performances with Milan. Following the jeering of traitors like Ibrahimovic and Cannavaro, Zambrotta received the same criticism following his return with Milan and the game could not have gone better scripted for him, getting sent off for two bookable offenses and generally looking like the turd he is. 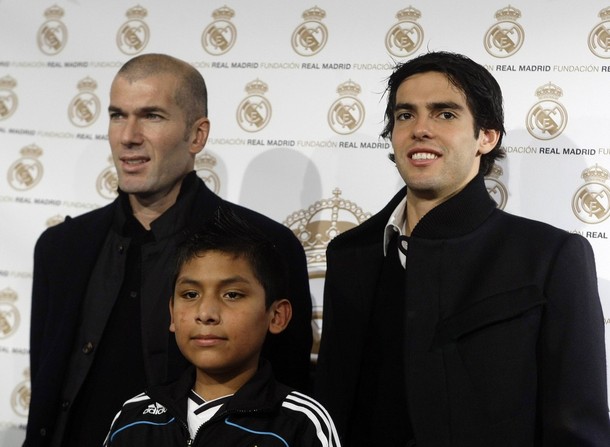 Zinedine Zidane- (6.5) Some people might not know what players like Davids, Tacchinardi, and Iuliano have been up to since leaving Juventus. With Zizou, it's impossible not to know. In this game, he was denied his 2nd seasonal goal (yes, in January he had only scored 1 Serie A goal) by a super-save from Sebastian Frey. Real Madrid pulled a Cristiano Ronaldo-esque pursuit of him, finally signing him in 2001. In true Moggi-style, he delayed the transfer until he could get Nedved's signature. His sale funded the purchase of Nedved, Buffon, and Thuram in one of the most brilliant mercati known to mankind. Finished his career in disgrace, having carried France to the WC final, he decided to go out with a bang. Currently a director of some sort at Real Madrid and apparently is not very welcome in Turin. 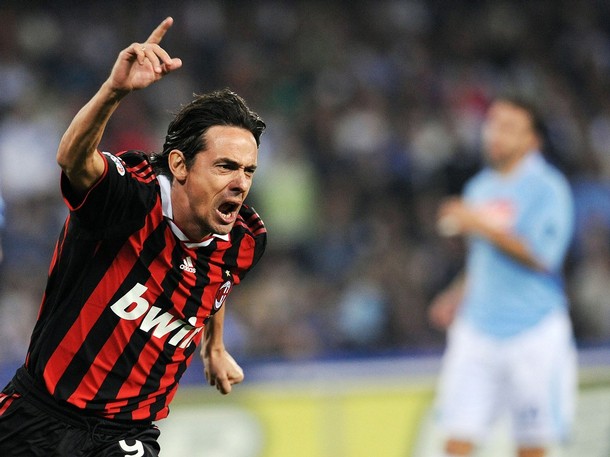 ATTACCANTI:
Alessandro Del Piero- (6) If you don't know, you shouldn't be reading this blog. Remains as God, though his umpteenth coming is eagerly awaited.
Filippo Inzaghi- (6) Scored the only goal of the game against Verona. Ah, the Inzaghi-ADP partnership. The duo were a very successful attack playing ahead of Zidane, this lasted for years at Juve until 2001. Zidane was sold to Real Madrid, and Inzaghi was on thin ice at the club. Del Piero was annoyed with him for poaching "his" goals, and Inzaghi was annoyed with Ancelotti for favoring Trezegol over him. Sold in 2001 to Milan for €40.9 million, having bought him for €2 million in 1997, in another Moggi genius transfer. Was followed to Milan by the same coach that forced him out of Juve, though the second incarnation of Ancelotti-Inzaghi was much more successful. He's done well at Milan and even in his old age still has all the fox-in-the-box prowess he possessed back at Juventus.