For the second year running, Giorgio Chiellini has won the Oscar del Calcio award for "Best Defender of Serie A," surprisingly beating out Maldini, and Maicon. Giorgio joins his teammate Fabio Cannavaro as the only two players to have won it twice. Ahead of them is Alessandro Nesta with four, so there is plenty of time for Chiellini to beat him to five. Buffon and Alessandro Del Piero, nominated for best keeper and best Italian player, did not win their respective awards. Congratulations to Giorgio Chiellini, and if you have twitter, you can wish him "auguri" yourself! 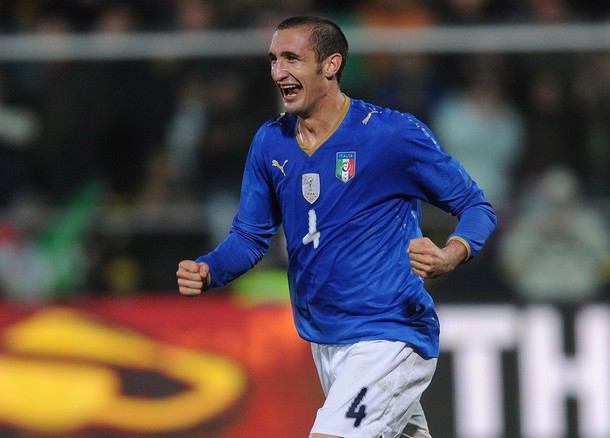