A Little Dose of Chicken Soup

Share All sharing options for: A Little Dose of Chicken Soup

Are we back? Hell no. Before the game, I grumbled a bit when I saw Ferrara's lineup. The Coppa is a throwaway competition, and it should be for the young players, right? After the game, I can perhaps see why he played the team he did. This win, regardless if it was partially Napoli's B-team or it was a Coppa game, could be an important boost in confidence that will help us over the next few weeks. I can tell you personally, it was very positive to see a Juventus that could play, score, and keep a clean sheet. Ratings after the jump. 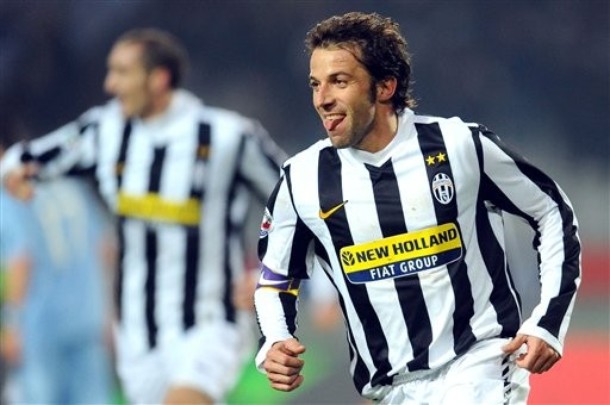 The tongue is slowly coming back! :)

LE PAGELLE:
Manninger: 6- Relatively undisturbed at the back, but looked assured during most of the game.

Caceres: 6.5- Started out a bit slow and sloppy in defense, but really grew into the game and contributed nicely to attacking play. Went off late with a muscular problem, hopefully it's nothing serious. He's 22, he hardly played last season, and this is only his 10-15th game in Italy. Sign this kid up!
Legrottaglie: 6- I think people are starting to come around to my view that Legrottaglie should be starting over Cannavaro. He's not necessarily a rock by himself, but when he plays alongside a strong player like Chiellini, he does well. Legro will probably screw up this weekend against Chievo just to prove me wrong.
Chiellini: 7- Only one question remains after this match: What would we do if Giorgio was at Man City right now?
Grygera: 6- (On 45, 2nd Half) Brought on the second half in place of Grosso, Grygera was much more solid defensively than Grosso and had a few decent attacking plays too. It appears Ferrara may see Grosso for his poor form, after all.
Grosso: 5- Leaves massive gaps at the back, which is awful but sometimes acceptable if he's doing something up front. Against Milan he did nothing offensively, and thus only conceded space to Beckham and Co. Grygera and Grosso should have attacked the flanks more, given that Antonini and Abate are still very green, but failed to do so.

What? That's exactly the same rating and description from the game against Milan? Yeah, I guess it's the same, maybe I'd give him a 4.5. Rightfully hooked at the break for Grygera. 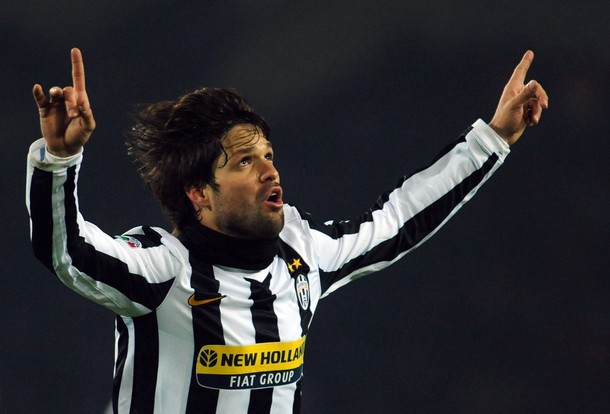 Salihamidzic: 6- Didn't build a lot of attacking play, but ran plenty and played an effective game in midfield. A solid enough display.
Felipe Melo: 6- Played a simple, restricted game as a mediano and did it well. A very welcome display after two months of sheer disaster.
De Ceglie: 6.5- Started out slowly, but grew into the game. He looked determined, a man with something to prove, and his pace and endurance were a welcome surprise in midfield. He did pretty well as a LCM in a 3-man midfield with the Azzurrini, and did very well today both in defense and in his attacking output. His determination and play today merits another starting shirt.

Diego: 7- As I said earlier this season, the 4-3-1-2 can work with we have a regista...or if we have a trequartista AND a seconda punta. With Del Piero to pull away the attention of the defense, as well interchange play with, Diego had more freedom and played well, creating goal opportunities and threatening the net himself. 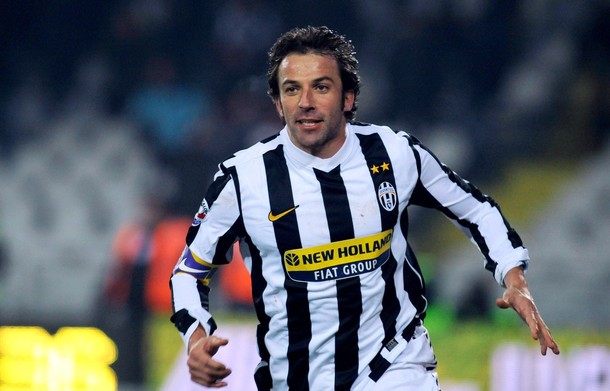 Amauri: 4.5- Another disappearing act from Amauri, who looked absolutely dreadful up front against a mediocre defense. Unlike against Milan, he had some service but still looked static and unimaginative. Imagine if Trez or Iaquinta were starting up top alongside Diego and ADP. More disappointment.
Del Piero: 6.5- He didn't look like he was in solid form or fitness yet, but it was an encouraging display from il Capitano. Bypassed Napoli defenders, passed well, and combined well with Diego. An encouraging display.

Ferrara: 6- If he played a full team today to attempt to rebuild some semblance of form, then job well done and a smarter decision than what I would have gone with. The team as a whole generally played well today, with demerits only for Grosso and Amauri. Hopefully he sees Grosso and Cannavaro's poor form, and benches them for a bit despite their Azzurri form, and gives more chances to De Ceglie and Caceres. 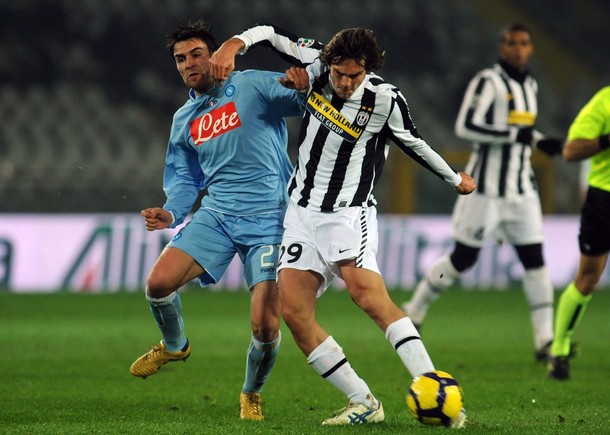 I'm not sure what to think about our first goal. On one hand, I think it's best to give the benefit of the doubt to the downed player, although sometimes they are just trying to stop play. Given how quickly Datolo got up to yell at the ref after we scored our first goal, I think we can safely say it was the latter.

I think what we need is a bit of accountability in these situations- if you go down and stop play, you have to sit out say two minutes. That's an arbitrary number, of course, but I think a bit of time out would discourage people from going down for no reason, and players who took a knock would probably use that time to stretch out and use magic spray. I think it's a simple solution, much like my preferred one for diving. (Asking the player if he took a dive)

After the match, Ferrara said that he would be looking at a center-midfielder and a striker/winger in the winter mercato. Recent rumors and signs suggest the latter would be Davide Lanzafame, given Ghirardi's angry comments, though it'll be a tricky deal getting Palermo and Parma to both acquiesce to the transfer.

As for the center-midfielder/regista he spoke of, we've been over this before and I can't see us spilling out a lot of money, we spent it all this summer. Ledesma is an option, and given his potential price tag (low or zero) all the more possible. I don't see Ferrara gunning for Ledesma unless he was the only option, so even though all signs point to Ledesma, it's going to be someone else.

As for my mention of Pazzini the other day, my friend Derrick summed up my thoughts pretty well over at Bleacher Report. 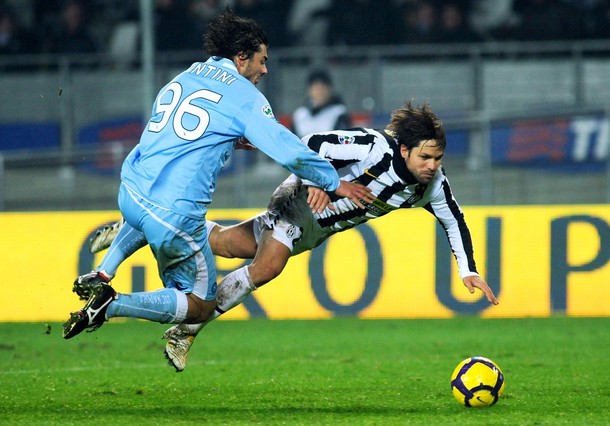 Can you Guus where Guus is?

Yesterday, there was a report in TuttoMercatoWeb that Hiddink was seen in Turin, and it was picked up on the front page of The Offside. Supposedly, he was dining at a famous restaurant with portraits of Juventus players all over the walls, and displaying a good command of the Italian language. A lot of pro-Hiddink people got excited, and I derisively responded "The newest sources say that Hiddink was last seen giving a pompino to Barack Obama. What’s that you say? No evidence to back it up?" First of all, if you don't know what pompino means, you might be able to guess, and second of all, I would not recommend Googling it. Not if you want to keep your job. Second of all, not surprisingly, his agent came out and denied that he was anywhere near Italy.

It sounded legitimate, because it talked about his location and the proprietor of the restaurant talked about it, but even the biggest Guus fans should remember that the media is bullshit, and they can say what they want, but it doesn't make it real. Take the Tiago-to-Atletico rumors, it made sense, but who knew if it was going to happen? Once I saw pictures in Marca of Tiago in Madrid's airport, that's when I thought it was happening. Bring me photos of Hiddink in Turin, or Malpensa, and I'll start to believe the rumors. 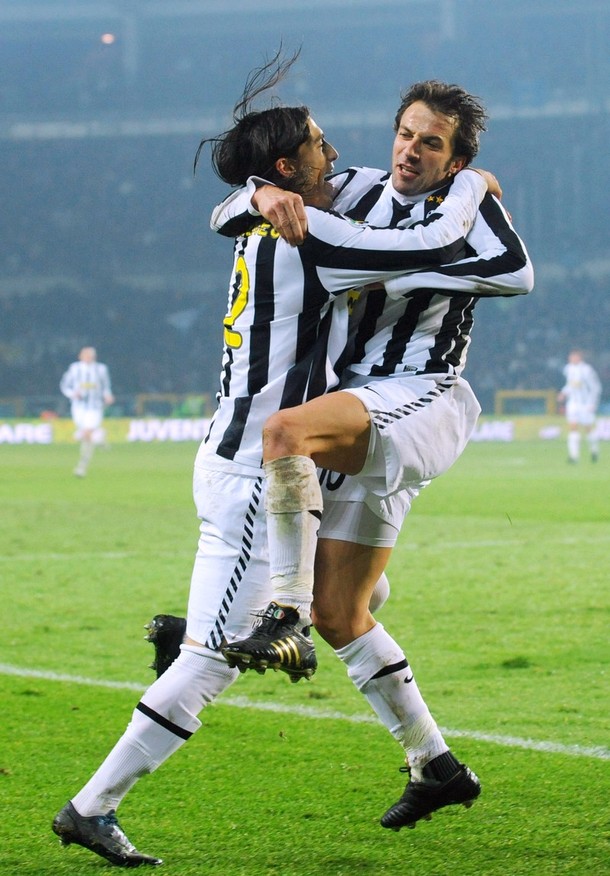 Jean-Claude Blanc deserves to stay at the club, and I think in general he has done a solid job at Juventus, though not necessarily as a role as President. Alessio Secco should stay, but I don't think as the Transfer Director anymore. His inexperience has cost us quite a bit, and it still is. I think the two above issues are significantly bettered by the arrival of Roberto Bettega, as it's a bit difficult to imagine Blanc stepping down or Secco getting canned. Bettega should take care of a large amount of footballing responsibility from Blanc, and have veto power over Secco's transfers.

Also, Contini is a douchebag. That is all.